How To Choose A Snapchat Influencer Network

Is Snapchat the also-ran in the social network race? Not so much. Although the site has fewer users than others (such as Instagram and Facebook), it has seen continued growth over the years. At the end of the second quarter of 2017, 173 million people were on Snapchat, up from 166 million the quarter before. So why aren’t more marketers leveraging Snapchat influencer marketing? It could be due to the difficulty inherent to choosing the a Snapchat influencer network that meets their needs.

It’s not so much the number of people who use Snapchat that matter, but who those people are. According to the Business of Apps, more than half of the app’s users are under age 34, and more than a quarter are between 18 and 24 years old. The average user under age 25 is on the app for about 30 minutes a day, opening it more than 25 times daily.

Although information about who’s on the app is readily available, Snapchat has been notoriously tight-lipped and even a little cold when it comes to influencers on the platform. The app has only recently begun to provide data about influencers, and only to certain types of users.

What’s an influencer marketer who wants to use Snapchat to reach an audience to do? Even though the app has faced its fair share of troubles, it can still be a valuable tool for marketers. One option is to use a Snapchat influencer network to find and connect with potential influencers on the platform.

What a Snapchat Influencer Network Does

For a while, it was pretty tricky to find people on Snapchat. Originally, if you didn’t have access to a special scannable code, or know a person’s username, you were pretty much out of luck if you wanted to see what they were up to. The platform did eventually give users custom URLs, but even that required you to know the person enough to ask for their URL.

Why Use a Snapchat Influencer Network

Influencer networks do more than just streamline the process of connecting a marketer with a user on Snapchat. They also often include tools that can help marketers and influencers put together an entire campaign. For example, an influencer network should allow brands and marketers to connect with influencers directly. Some networks also have tools that aid in the creation of content and campaigns, and that handle distribution and payments at the end of the process.

Some so-called “influencer networks” are really nothing more than lists of people who have accounts on Snapchat. Others are much more detailed, and include full data and stats on influencers. One thing to look out for is whether or not users have signed up to be included in the network, or if it just pulls random people who happen to have accounts.

It’s also worth noting that some networks include details on all of a user’s social media profiles, while other networks are Snapchat-only. Unless you want to be all Snapchat, all the time, it might be worth checking out an influencer network that features more than one social platform.

Another thing to note is that some networks are very small and limited. They might only have influencers who focus on a particular niche, or only have influencers with a certain amount of influence. A network with just a few thousand (or fewer) influencers can speed up the sorting and finding process. But you might also miss out on a chance to work with a less-established-but-still-very-influential person.

After you find an influencer on the network, what happens? It all depends on the network. Some are very hands-on, and will provide you with everything you need to create a campaign on Snapchat. For example, some influencer networks will handle things like writing the script and filming the Snap.

Others take on a more advisory role. They’ll help you and the influencer negotiate a price and other terms, and will verify that the process stays on track, but won’t provide a team to produce the content.

An influencer campaign isn’t finished once the content gets posted on Snapchat. An ideal Snapchat influencer network will have a suite of tools available to help you see who’s watching the content, who’s engaging with it, and what the overall effect on your brand was.

How to Start Using a Snapchat Influencer Network

If you’re ready to try out a Snapchat influencer network, what’s the next step? It’s often a good idea to try before you buy. Contact the companies that offer influencer networks and ask about a demonstration.

You want to make sure that the network has influencers you’d be interested in working with, and that it has the features you need the most. Another thing to consider is the cost of using the network. Some networks charge a monthly fee, while others are on a pay-as-you-use-it basis.

Usually, the more full-featured the network, the higher the cost. But many programs have different tiers for different customers. It might be that your brand starts out with the least-expensive tier, then moves on to a version with more features as your influencer marketing program grows and your needs change.

Want to learn the ins and outs of Snapchat Influencer Marketing? 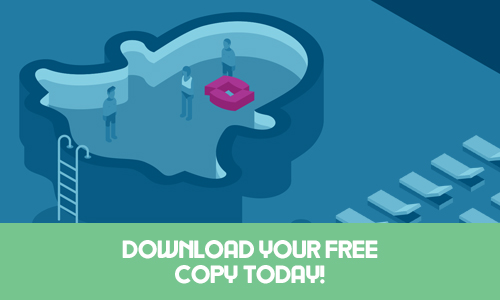