Why use 1,000 words to describe something when an image or other piece of visual content will do the job with half the effort? Although textual content has its place, we live in a visual world. And it’s often easier to get a message across using pictures or videos than it is using text. Welcome to the world of visual content marketing.

Not convinced? Consider this: The majority of communication is nonverbal. About 90 percent of the information that reaches your brain is visual, and around 40 percent of the population responds to images better than they do to text.

Visual content can take several forms, but what sets each form apart is that it engages an audience or breaks down information into easy-to-understand chunks. While you might come across a range of visual content types, here are a few of the most effective and popular types:

What Are the Benefits of Each Type of Visual Content Marketing?

Each type of visual content marketing offers its own set of benefits. Let’s start with the simplest of visuals: adding an image or photo to a piece of written content.

Once you’ve had some success with images or pictures, you can up your visual content marketing game by trying your hand at infographics. Infographics get shared on social media three times more than other types of content.

But that’s just one reason to use them. Another benefit of infographics is that they jazz up the driest of information. If you’ve got a lot of details and data to share with your audience, putting that data into an infographic (rather than in paragraph form) is going to make it more exciting.

One type of visual content marketing that’s poised to really take over is video. Cisco estimates that video will make up 82 percent of all online traffic by 2021.

Adding video to your content marketing strategy or plans can have several benefits. First of all, video tends to lead to more conversions. After watching a video, about 64 percent of people say they’re more inclined to make a purchase.

Video can also help you when it comes to distributing or promoting content. Blog posts or content that includes video tends to have three times the number of backlinks compared to content without video. Creating video can also increase your site’s chances of getting on the first page of search results. Pages with video are 53 times more likely to land on the first page than those without.

Like infographics, graphical charts, slideshows, and presentations let you share a lot of complicated information with your audience in an engaging and mentally stimulating way. Slideshows can be particularly useful when you have a lot of information to share — so much that it won’t all fit on an infographic.

One of the biggest websites for slideshows or presentations online is Slideshare. According to the Content Marketing Institute, Slideshare has 70 million users and seven million presentations. Those presentations are more effective than white papers when it comes to reaching an audience.

Perhaps the biggest benefit of using memes in your content marketing is that people love them. Online, a meme is an image (usually a picture of someone famous or a photo that went viral) plus a hilarious caption.

Memes tend to be jokey, so they aren’t always the best pick for content marketers. But if you’re in an industry with a sense of humor, they can be a fun way to engage with your audience.

Last but not least, let’s look at the benefits of illustrated tutorials or how-to’s. The big advantage of offering your audience illustrated how-to instructions is that illustrations help people complete a task or project. People who follow instructions with images perform much better than people who are only given text instructions. 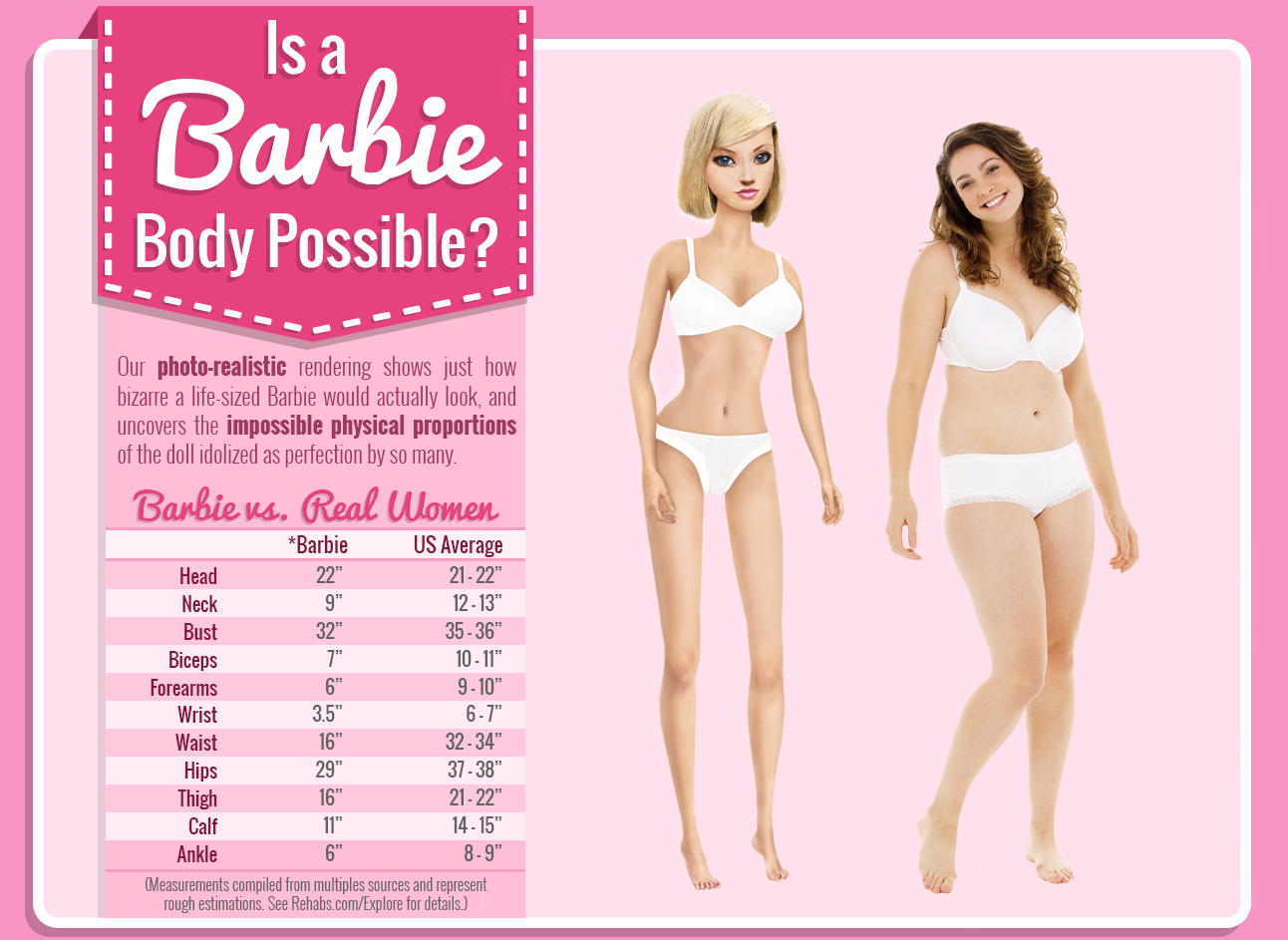 Infographic: Dying to Be Barbie.

Most people know that a “Barbie body” isn’t achievable in real life. But that doesn’t keep thousands of young women from trying to be super thin. This infographic from Rehabs shows what Barbie would really look like if she were a living, breathing person — and the results aren’t too pretty. The infographic is powerful and effective because it peels back the curtain on an issue many people are familiar with. It also transforms clinical data into information almost anyone can understand. 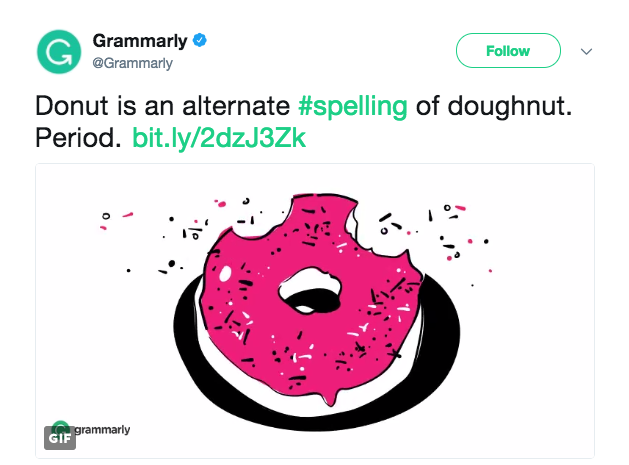 Some people will happily argue the fine points of grammar or spelling for ages. Others just want to know whether they’re right or not. Proofreading tool Grammarly uses images (in this case, a GIF) to put an end to the doughnut vs. donut question once and for all. (ICYMI: Either one is fine). 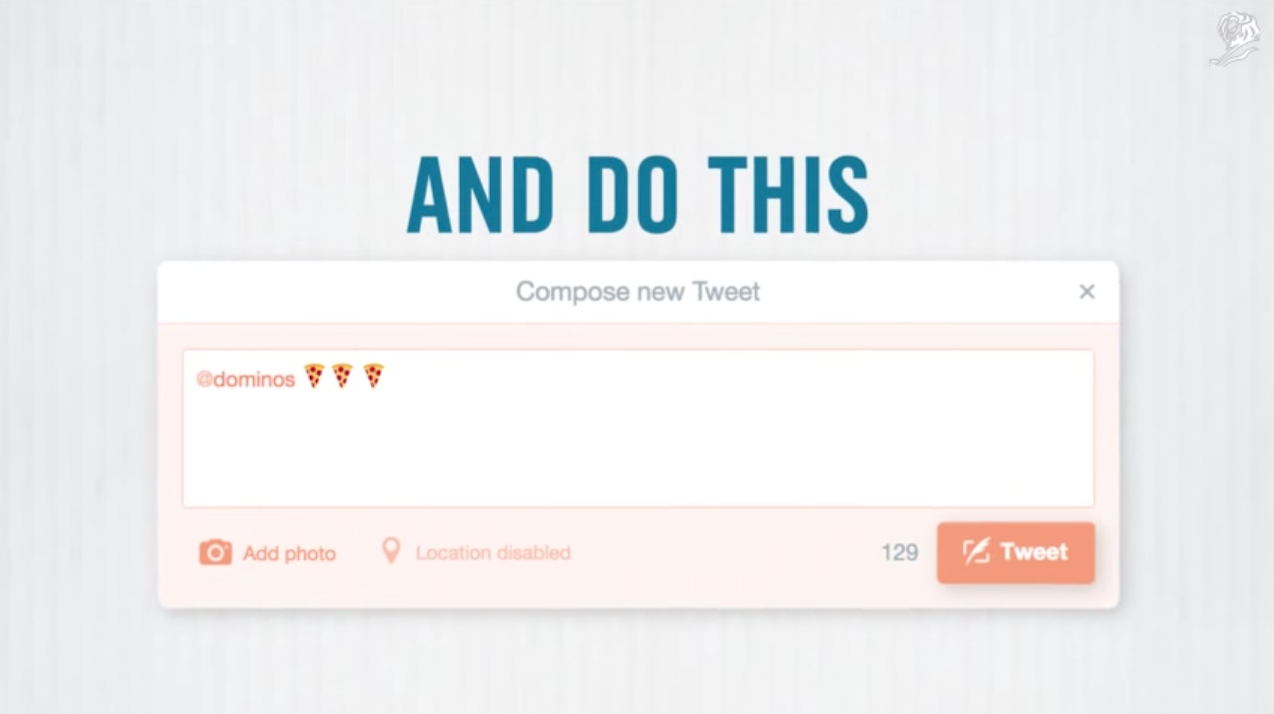 Domino’s seemed to solve the issue of being hungry and tired by introducing a tweet-to-order system that lets people order pizza using the pizza emoji. Some setup was involved, but once that was complete, all people needed to do was tap the pizza image and a piping hot pizza would be on its way to them. On the first day, some 500 people gave emoji ordering a try. The pizza emoji ordering system might seem ridiculous, but it’s proven to be a simple way to give customers what they want (literally). 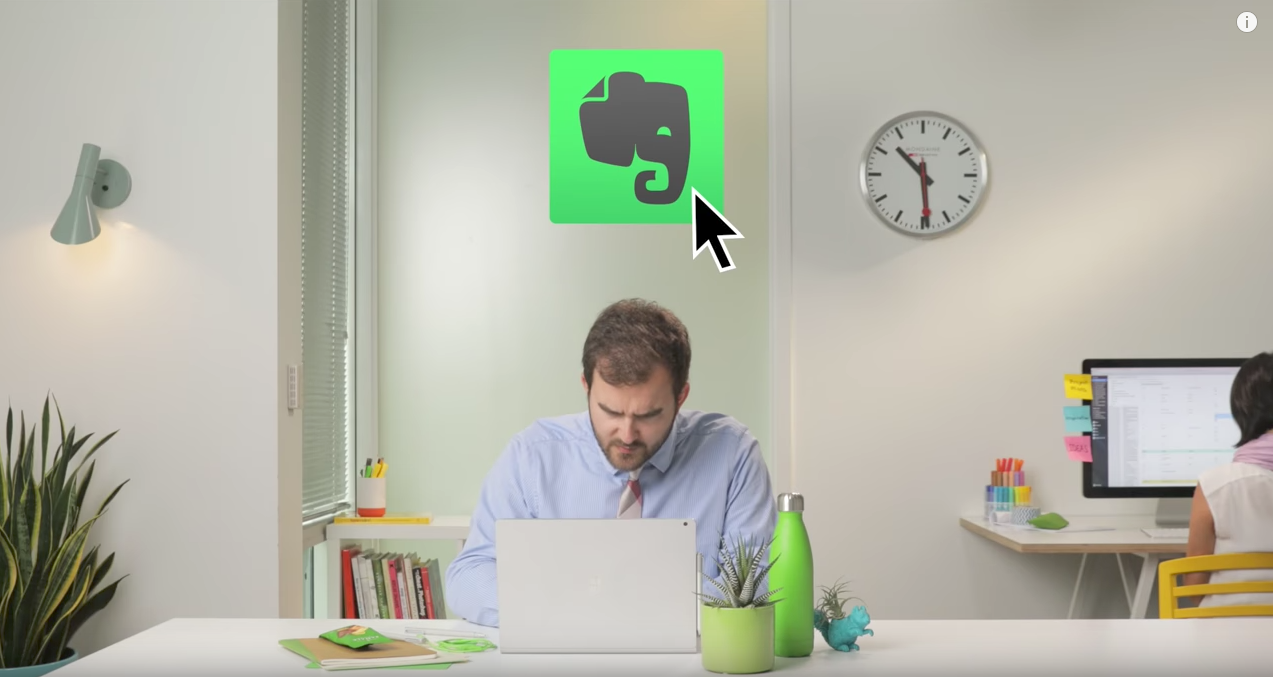 Evernote has an entire YouTube channel full of videos. These range from walk-throughs and tips for certain groups (like college students or businesses) who would want to use it. The content gives people clear, illustrated instructions. Plus, it’s video, so it’s killing two visual content marketing birds with one stone.