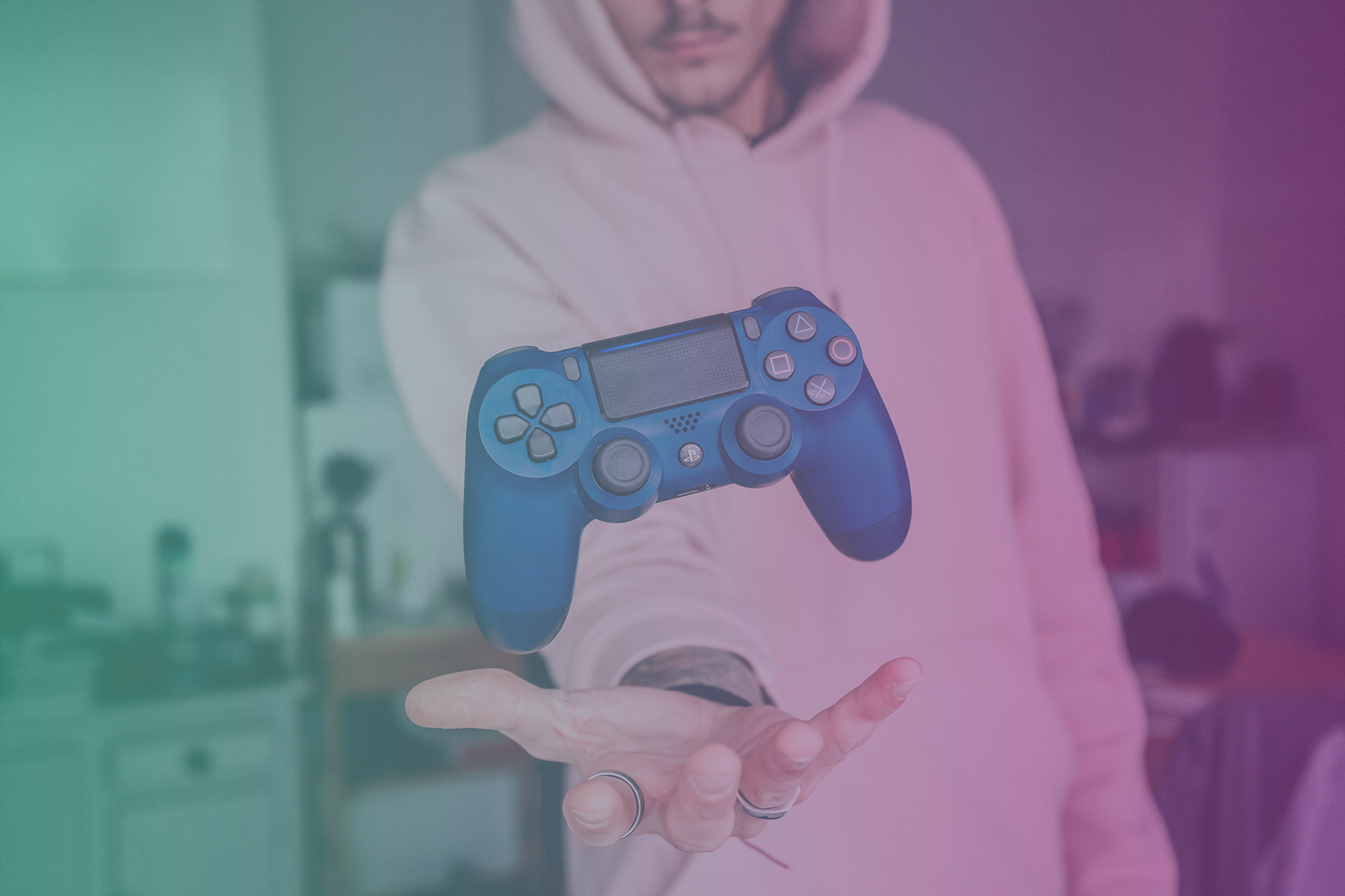 Whether you’re a hardcore gamer or a more casual player, you can learn a lot from the Internet’s top gaming influencers. They’re not necessarily the best gamers in the world. But they do have plenty of gaming reviews and industry information to share, along with their colorful personalities. Some of them have even found fame outside the world of video games.

Here are some of YouTube’s biggest names in the gaming scene, in no particular order.

Although he’s started to shift his focus toward non-gaming content, it’s hard to list gaming influencers without at least mentioning “PewDiePie” — Felix Kjellberg. As of June 2019, this Swedish gamer has a whopping 96 million subscribers. Many viewers know him best for his Let’s Play content. These are videos in which he offers commentary while also playing through a game. His eccentric humor has earned him lots of laughs; however, controversy has since overshadowed his more positive headlines.

Advertisers parted ways with PewDiePie during a string of controversies involving anti-Semitic jokes and racial slurs. PewDiePie has often had to issue apologies, conceding his jokes are sometimes offensive, but not intended to cause harm. Despite these unfortunate events, he still has dedicated followers.

Mark Fischbach goes by Markiplier on YouTube. With over 23 million subscribers regularly enjoying his content, he’s one of the most well-known gamers on the video-sharing site. Like PewDiePie, his over-the-top commentary during Let’s Play videos keeps his audience tuned in.

Markiplier has a fondness for exploring horror games such as Resident Evil 2 and Alien: Isolation. He shares comedy sketches and general vlogs about his life as well. Markiplier was also one of several YouTubers who appeared on the short-lived web series “Scare PewDiePie” in 2016. The show pulled PewDiePie and friends into real-life horror situations.

While it’s true that male gamers are responsible for many of the most popular gaming channels, it’s not hard to find content from women. Alia Shelesh — SSSniperWolf, to her 15 million YouTube subscribers — is just one example. Her videos cover games like Grand Theft Auto V, Destiny and Call of Duty. She also posts videos about cosplay, clothing, cooking and makeup. Her DIY-focused channel is called Little Lia, but its popularity lags behind her primary gaming account.

YouTube isn’t the only place where she commands attention. She has over 4 million social media followers on Instagram.

Hailing from Britain, Daniel Middleton — DanTDM — has a following of over 21 million subscribers on YouTube. While his early video content focused largely on the Pokémon games, he later shifted to games such as Minecraft and Fortnite.

In 2016, Middleton showed off more of his talents when he released a graphic novel, “Trayaurus and the Enchanted Crystal.” The adventure book was successful in the United Kingdom and the United States. He also starred in “DanTDM Creates a Big Scene,” an animated web series that spanned six episodes.

Canadian gamer Evan Fong shares his commentary on the YouTube channel VanossGaming. He has 24 million subscribers who follow along with his montage gameplay videos of titles like Black Ops 3 and Grand Theft Auto V.

Fong doesn’t just stick to commentary. He’s also worked as a creative director for Dead Realm, a horror game that debuted on Steam in 2015. What’s even more impressive is that he’s released a number of songs and remixes under the name Rynx.

Norwegian-Spanish gamer Rubén Doblas Gundersen — or ElrubiusOMG on YouTube — reaches an audience of 34 million. He started his current channel back in 2011, and he’s the first Spanish vlogger to exceed 10 million followers.

From The Elder Scrolls V: Skyrim to Fortnite, ElrubiusOMG covers a variety of video games, injecting his sense of humor into each video. His channel also publishes comedy sketches, Chatroulette pranks, animated shorts and other content.

His fame isn’t limited to YouTube though. In 2016, he had the most retweeted tweet in the world. What did he say that was so profound? “LIMONADA.”

Fans know Irish gamer Seán William McLoughlin as Jacksepticeye on YouTube. He has over 22 million subscribers, making his the most popular Ireland-based YouTube channel as of June 2019.

How did he amass such as a massive audience? He offers high-energy Let’s Play videos that feature games like Undertale and The Sims 4. Alongside other gamers such as PewDiePie and Markiplier, Jacksepticeye has used his fame to raise money for charities, including the Make-A-Wish Foundation. He was also scheduled to appear on the second season of “Scare PewDiePie” before its cancelation.

Keeping Tabs on the Influencers

While many of these gamers have made YouTube their primary platform, they also tend to use Instagram and Twitter to engage with fans. So, if you’re curious about their upcoming projects or personal lives, follow them on social media to learn more.