Special effects (SFX or FX) makeup is a special niche within the larger category of makeup. Although some SFX makeup artists do traditional beauty and glam makeup for certain occasions, most of the influencers in this category are dedicated to creating something more fanciful and even a bit more gory than a classic pretty face. Meet some of the top established and up-and-coming influencers in this space to learn more about the world of FX makeup.

What Is FX Makeup?

If you’ve ever seen movies and TV shows in the sci-fi, horror or fantasy genres, then you’ve seen SFX makeup in action. From oozing cuts and bruises to imaginative aliens with out-of-this-world anatomy, artists who specialize in SFX can create incredibly lifelike simulations using the tools of the trade. An artist’s arsenal includes makeup in addition to latex and other synthetic prosthetics, plus items like bald caps, artificial hair and other components used to dramatically change the wearer’s appearance.

Artists who gain social media traction in this space tend to have advanced makeup skills in addition to a great deal of imagination and creativity. They stand out thanks to their ability to think up something original and bring their vision to fruition with a flawless finish.

The mind-bending and occasionally stomach-turning effects they create earn followers among horror fans, makeup mavens and others who are interested in seeing the artistic flair these influencers bring to their craft.

Some work as independent creators, while others work either full- or part-time in the entertainment industry, providing custom prosthetics and makeup for film and television productions.

Known primarily for her popular YouTube channel, Glam&Gore, Mykie is a former entertainment industry professional who now creates SFX looks as an independent creator. Mykie has a sense of humor about her work, often creating cartoonish or silly looks while also leaning heavily on both the glamorous and gory aspects of her channel name.

Another popular YouTuber who gained traction for her creative and often disturbing makeup looks, Madeyewlook is a self-taught artist and independent creator who uses SFX as a creative outlet. Madeyewlook’s channels tend to feature looks inspired by popular culture, including video games and cartoons.

As a former contestant on the reality competition show “RuPaul’s Drag Race,” Nina Bonina Brown comes at FX makeup from a different angle than many other of the top influencers on this list. Nina’s looks are often exaggerated and otherworldly, bringing in feminine elements as part of the drag performance tradition.

Often referred to as an illusion artist rather than an FX makeup artist, DesignDain creates trippy illusions using paint, makeup and her own body. For example, with careful makeup application and an eye for detail, she can create the appearance of a distorted photo, making herself look as if she’s composed entirely of squiggly lines or gradually blurring into nothingness.

Ellimacs SFX Makeup is popular on both YouTube and Instagram thanks to her creative and eye-catching looks. Her YouTube channel is heavily focused on DIY tutorials that provide inspiration and instruction for those who want to learn how to create SFX makeup looks on their own, with video subjects often focusing on popular characters from the horror and mythology canon.

These other 20 influencers are growing and gaining traction every day within the SFX community online. Though not yet as popular as the biggest five listed above, these creators are all good at what they do and worth a look for anyone interested in makeup and special effects.

The Ultimate Guide to Meta Tags and SEO

The Ultimate Guide to Meta Tags and SEO 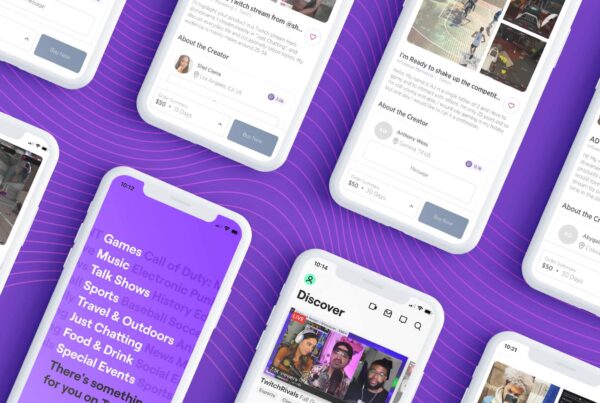 Twitch Streamers You Can Work With Today

Twitch influencers have devoted followers who regularly engage with their streams. Working with Twitch streamers can boost brands large and small. Here are several influencers…