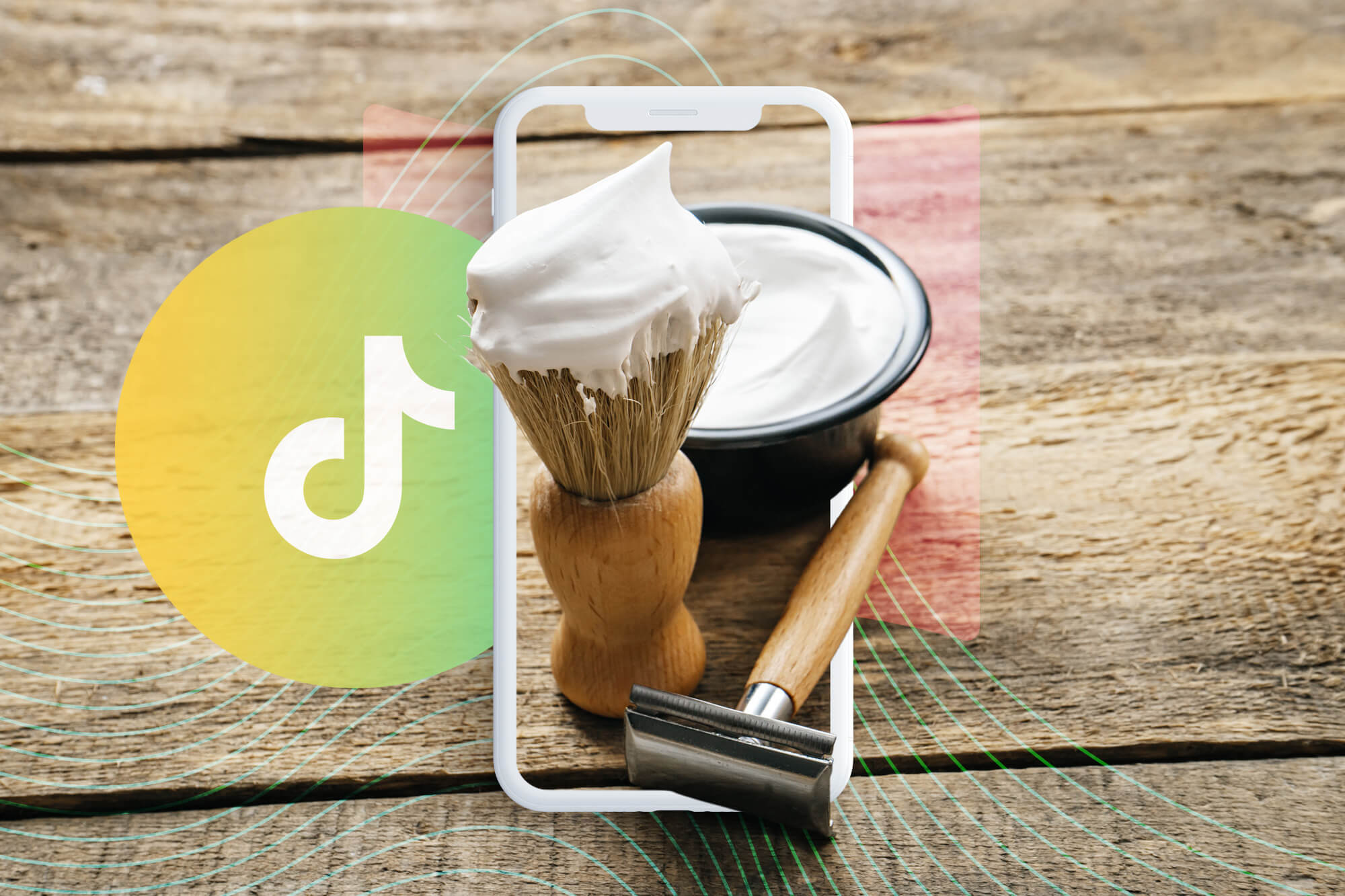 Have you ever power-washed your back patio, slid a box under your bed that just barely fit, or formed clay into a perfectly even shape on the pottery wheel? It’s difficult to describe what makes these things feel so good, other than the fact they are just … oddly satisfying. Videos that fit this oddly satisfying trend make up one of the top social media categories over the past few years. Brands and influencers can create compelling and satisfying content, too.

Content like this that shows beautiful colors mixed together, things falling perfectly into place, or grime being swept away in one clean sweep has turned into an extremely popular social media trend. You can find videos that are “oddly satisfying” on TikTok, Instagram, Facebook, Reddit, or any other social media platform.

This TikTok showing a cucumber sliced into tiny pieces has garnered more than 15 million likes.

The subreddit r/oddlysatisfying started in 2013 and featured videos or GIFs such as a zipper that continuously brought together links that perfectly fell into place. The subreddit, and the trend itself, grew to include 140,000 users by 2014. Other subreddits such as r/slightlyunsatisfying, r/mesmerizinggifs, and r/perfectfit grew as a result of the oddly satisfying trend gaining attention.

The graph below gives a snapshot of this trend over time. It shows Google searches for “oddly satisfying.” The trend hit a peak in February 2019, which could possibly represent a peak in popularity of TikTok (the app hit 2 billion downloads in October 2020) but can’t be easily explained otherwise.

Some more specific or spin-off trends have evolved from the oddly satisfying trend, which has been bubbling up for years. One of the biggest of these is ASMR, which is defined as a “feeling of well-being” characterized by a tingling sensation going down your spine, usually in response to a gentle stimulus such as crinkling paper or whispering.

The hashtag #ASMR on TikTok has reached 326.6 billion viewers. On Instagram, the #asmr hashtag has 12.7 million posts. Podcasts with ASMR content aimed at helping people relax or sleep are also popular on Spotify or Apple Podcasts. The same sensations that make us feel good from a video that is “oddly satisfying” is at play when listening to an ASMR video that helps you sleep.

Cleaning videos are also becoming extremely popular. This video shows a disgusting apartment scrubbed down to the last square inch to reveal spotless floors, counters, and cabinets at the end.

Looking to join the trend as a brand or influencer? Here are examples of ways social media users have pulled it off.

A TikTok shows a pressure washer smoothly brushing off the dirt from the vinyl siding of a house. A cleaning brand, for example, could accomplish a satisfying video by showing a product or service in use and how it transforms a space. An organizing or cleaning influencer could do the same.

Slime videos are another adjacent trend. Watching someone play with the slime in the video, you can almost feel how the smooth, liquid-y slime would feel in your own hands. Toy brands can participate with this type of video that features the sounds of the toy or slime as it is used.

It turns out, the feeling you get from oddly satisfying content can be explained. These videos give you a sensation that releases chemicals in the brain such as serotonin and dopamine. Psychologists have also identified that your mind feels relaxed and your mood improves when you feel things are “just right,” such as after you clean your room or wash your car.

Though it’s difficult to explain what makes them so compelling, oddly satisfying videos are nearing a decade of having a presence on the internet. The trend is constantly evolving and shows that content we find through our phone screen can mirror and simulate the feelings we get from the smell of a clean car, an empty sink once the dishes are all cleaned, or a perfectly sliced piece of cake.

Join the trend by creating your own brand or influencer content that shows a satisfying solution or sound to your audience.

Looking for that spark for your next campaign? See what IZEA can do for you.

14 Outdoors and Hiking Influencers Sharing Their Adventures on Instagram

14 Outdoors and Hiking Influencers Sharing Their Adventures on Instagram