Say, for instance, you’re following someone on Instagram, YouTube or Facebook who you admire or whose posts you find interesting, informative, entertaining or helpful. Maybe you don’t know them personally, but you identify with them in some way and trust their opinions and experiences. Brands are most likely using influencer marketing to target you through these people because you find their posts to be of value and consider the influencers to be authentic.

Brands often work with influencers to subtly promote their products or services to their followers in their social media posts or blogs. All kinds of brands and marketers use influencer marketing, from big brands like Nike, Dove and Pepsi to colleges, hospitals, pharmaceutical companies and small businesses like local law firms and pizza restaurants. You can work with influencers with relatively small, targeted followings, known as micro-influencers, or those with enormous followings in the millions — and everything in between.

You can also build trust and credibility for your brand when you work with influencers who have loyal followers who are interested in topics that relate to your services and products. For example, if your brand sells cameras, it would make sense to work with an influencer who is a well-respected Instagram photographer. Or if your organization promotes healthy eating, an influencer who creates popular videos on YouTube showing how to make healthy meals at home would be the right kind of partner.

When celebrity influencer Kim Kardashian, who has 44 million followers on Instagram, partnered with a pharmaceutical company, the campaign attracted attention for the wrong reasons. In her initial Instagram post about the product she was promoting, Diclegis, a medication for morning sickness, Kardashian left out the side effect and safety information that the FDA requires to be included in pharmaceutical posts.

Scott Disick’s first Instagram post on behalf of Bootea products was a huge flop. He accidentally copied and pasted the campaign instructions from the PR firm he was working with as part of the post. The post read: “Here you go, at 4pm est, write the below Caption: Keeping up with the summer workout routine with my morning @booteauk protein shake!” The reaction to the blatant promotion from his followers and other commentators was swift and critical, and the post is widely considered one of the most embarrassing examples of influencer marketing gone wrong.

truthinadvertising.org lodged a complaint with the Federal Trade Commission (FTC) when the organization discovered that posts from dozens of influencers that Diageo worked with on a Ciroc Vodka campaign, including Sean “Diddy” Combs and Ashanti, failed to disclose Diageo’s sponsorship with the right hashtags in their posts. The posts are a cautionary tale in the importance of following legal guidelines with influencer marketing.

When Irish influencer and blogger Terrie McEvoy partnered with the company Tower Jewellers, she rigged a sponsored contest so that friends of hers won the prizes — two bracelets from Tower. After the backlash on social media, McEvoy and Tower Jewellers apologized, and McEvoy deleted her Facebook account.

When a brand he was working with asked influencer and comedian David Gulasi, then based in China, to create a different sponsored post than his original one because they were dissatisfied with it, the reaction wasn’t positive. The second post didn’t ring true with his followers, and they expressed their displeasure, accusing Gulasi of trying to make money off of the Chinese.

Lifestyle, beauty and fashion blogger Chriselle Lim has more than 1 million followers on Instagram and close to 760,000 YouTube subscribers. When a post featuring Lim and her family posing with a Volvo seemed overly staged to her followers, they emphatically voiced their disapproval. When influencer posts seem too much like advertising, followers often lose trust in them and in the brands they promote.

One of the most disturbing examples of influencer marketing gone wrong took place when influencer Logan Paul posted a YouTube video showing the dead body of a man who committed suicide in the Aokigahara, a Japanese forest where many people take their lives. Paul dealt with the tragedy in a clueless, insensitive way, wearing a silly hat and making jokes and laughing in the video. Paul lost lucrative deals with a number of brands as a result of the video and the anger it provoked, and YouTube temporarily suspended his advertising privileges.

Hong Kong-based influencer Harimao Lee’s partnership with Cathay Pacific Airways went sideways when one of her posts showed her posed sitting in the footwell of a Cathay Pacific business-class seat, drinking champagne and lit up by fairy lights she brought on the flight. People on social media relentlessly mocked the post, one commenting that maybe Lee should bring a Christmas tree on her next flight.

Perhaps one of the most mortifying examples of influencer marketing gone wrong happened with Kendall Jenner’s Pepsi ad, which was heavily criticized as tone-deaf for its take on the Black Lives Matter movement. It depicted Jenner, who is not exactly known for being an activist, diffusing the tension at a protest by handing a bottle of Pepsi to a police officer.

Influencer Scarlett Dixon, also known as Scarlett London, received extreme reactions to her Instagram post promoting Listerine during her partnership with the brand. In the post, she posed, perfectly coiffed and made up on a perfectly made bed in her pajamas beside a neat stack of pancakes and a plate of strawberries, flanked by heart-shaped balloons, with a bottle of Listerine on one nightstand. To many, the post looked a little too perfect and staged, resulting in a barrage of negative feedback from her followers, some even going so far as to send her death threats. The blowback is a reminder that when an influencer strikes a false note with followers, it can prompt them to respond ferociously. 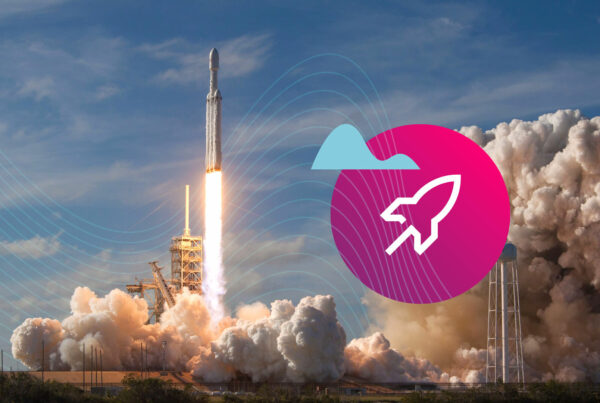