Important Influencer Analytics to Know and How They Benefit Your Brand 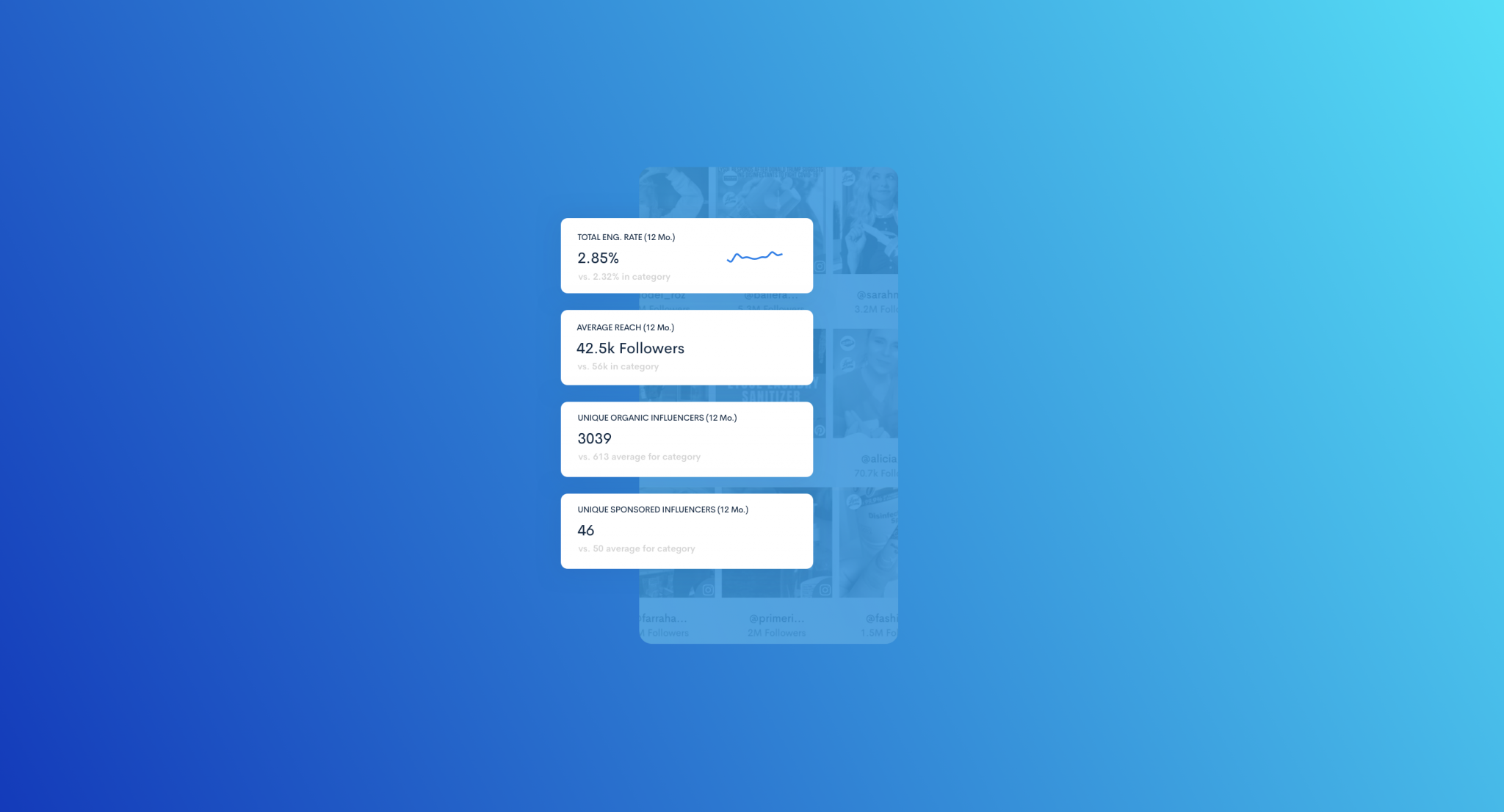 Influencer marketing is here to stay. It’s been around for a while and continues evolving. While it has arguably grown quite a bit over the years, it continues as one of the most effective tools in a marketer’s toolkit. With the shifts in regulations, platform diversification and this changing marketplace, measurement, metrics and analytics are more important than ever. To get the most out of each influencer marketing campaign, it’s important to know and understand these five analytics.

Influencer engagement is arguably the single most important analytic to consider, both when you’re choosing influencers to work with and when you’re evaluating a campaign. It really comes down to quality over quantity. Would you rather work with someone with tons of followers who don’t really pay attention to the content, or a smaller number who are riveted? After all, an influencer could have hundreds of thousands of followers – some of which could be bought, fake followers and some could be bots. Here’s the truth of the matter: engaged followers are the ones that will buy what an influencer is selling.

If you want to effectively reach your target audience, this is the analytic to start with. And on a campaign level, this is the metric that tells you how the audience is receiving the content.

So, how do you evaluate engagement? Start by homing in on key metrics like:

Before a campaign – using an automated tool like IZEAx Discovery can help you identify influencers and understand their engagement rates before starting a campaign.

Starting a full influencer marketing campaign – Managing your influencer campaigns from search and communication to analytics in one platform will dramatically save you time from start to finish.  IZEAx Unity Suite will help you achieve this.

After a campaign – Track your result with IZEAx Unity Suite or get a deeper understanding of your social media performance with BrandGraph where you analyze: share-of-voice, engagement benchmarking, category spending estimates, and sentiment analysis.

You want to use influencers who can help build brand awareness, loyalty and trust to drive traffic and boost conversions and sales. To achieve that, you need to work with influencers who have authority, relevance and clout among their followers. This is one of the influencer analytics that takes a little sleuthing ahead of time on your part. What kind of content does the influencer already share? What do you know about his or her audience?

These are the types of questions you should be asking yourself before partnering up with an influencer. Another key question is this: what are the influencer’s values? Figuring out the relevance and authority of an influencer ahead of time is going to save you time, money and headaches. The authority of the influencers you work with are the key to building brand trust and enhancing brand awareness. Working with the wrong influencers could backfire.

Imagine working with someone who doesn’t support the values your brand stands for. How would that affect your brand? After all, brand awareness and trust are  important factors to consider with any type of marketing campaign you launch. Influencer marketing is no different. That’s true for established brands and perhaps even more crucial for those new to the scene.

You’ve no doubt already heard that content is king, but did you know that consistency is key? Think about it: would you rather work with an influencer who posts sporadically or one who posts regularly and consistently? The activity level of influencers isn’t just about how much you as a brand can count on the people you partner with. It also is a big factor that determines how tuned in his or her audience is.

Consistent activity builds trust between influencers and followers, increasing the likelihood that your message will be seen, understood and believed. Check out the frequency with which influencers post. High-frequency posting typically translates to improved engagement and audience loyalty.

This is really an extension of influencer engagement, but it tells you a little more about whether an influencer’s audience is fickle or there to stay. There’s a strong connection between high-quality content and sharp promotional skills and a strong, loyal following. So, this is another effective way to gauge whether an influencer is a good fit for your brand.

In an ideal world, the inclusion of your service or product will be natural and unintrusive. In turn, that makes the content something that the audience won’t turn off quickly or mind returning to. Coupled with the influencer’s authority, it gives you a better chance of increasing conversions and seeing bigger, better results from your campaign.

Measuring that loyalty can be a bit tricky. But, you can use a similar metric — sentiment analysis — to gauge how an influencer’s audience responds to his or her message. There are three main approaches to this: rules-based, automatic and hybrid sentiment analysis. Rules-based sentiment analysis is geared more toward analyzing an existing campaign because you create and manage the rules used.

Size doesn’t necessarily matter. When influencer marketing first broke onto the scene, scrambling to partner with those who had the largest following was commonplace. In the years since, we’ve learned that the number of followers an influencer has doesn’t always mean that they’re successful. After all, if someone has 100,000 followers but their posts fall flat and have little to no engagement with an audience – how effective is it?

That’s not to say that the number of followers influencers have isn’t important. But it should be considered along with other analytics, including engagement and impressions. If you’re measuring the success of a campaign, there are multiple factors to consider to measure influencer reach, including:

At the end of the day, influencer analytics benefit your brand by giving you ways to gauge how effective your partnership could be. Working with the right influencers is the key to maximizing the impact of your efforts and getting the best ROI for your campaign. 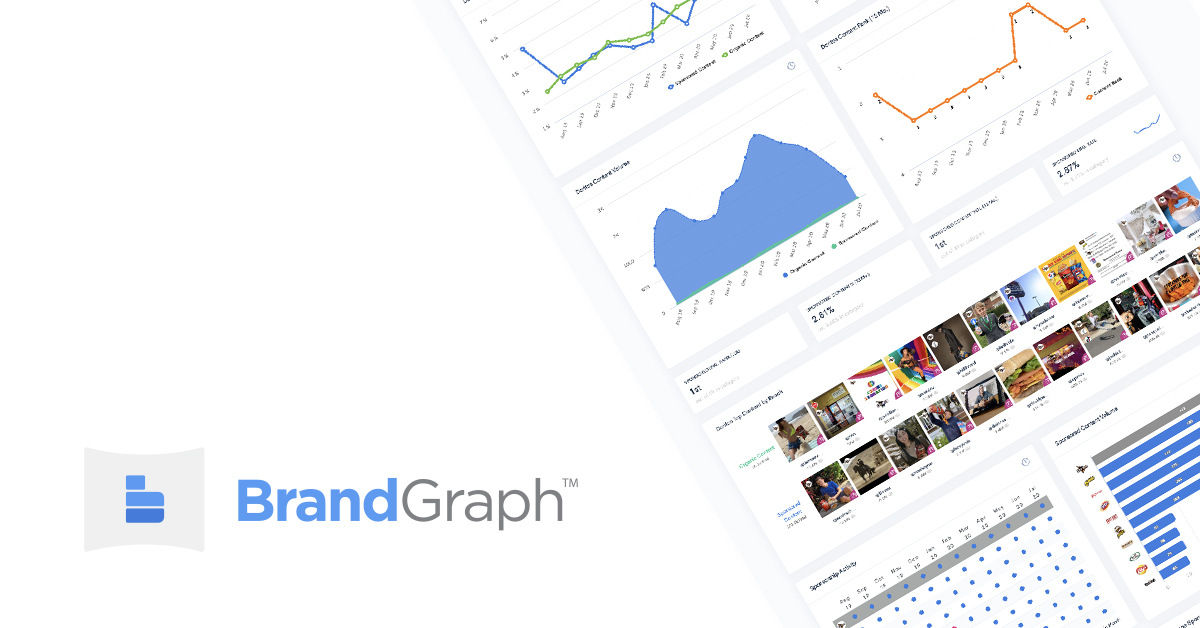