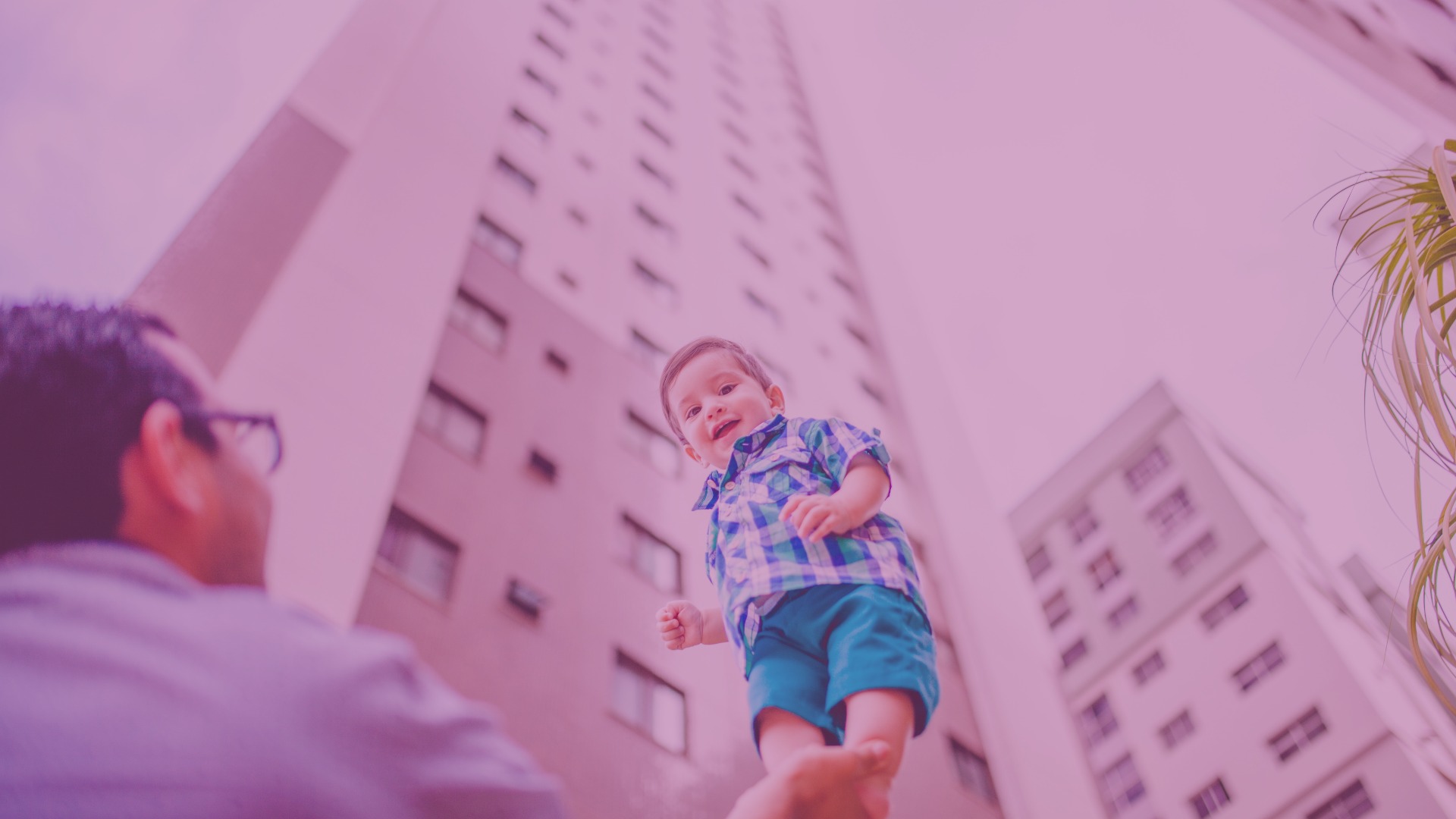 Parenting is a two-way street, but mom bloggers typically dominate the blogosphere. Why should moms get all the attention? These five dad bloggers and their stellar content have taken social media by storm.

What began as a hilarious Facebook post that went viral (with more than 52,000 views in 2015) grew into a colorful blog filled with anecdotes, tips and parenting advice. Matt Coyne is the dad blogger behind Man vs. Baby with more than 149,000 Facebook followers and more than 2,000 Twitter followers. What makes it so popular? Coyne’s unique voice and willingness to provide a brutally honest view of everything from the delivery room to the magic of traveling with a baby resonates with parents everywhere. 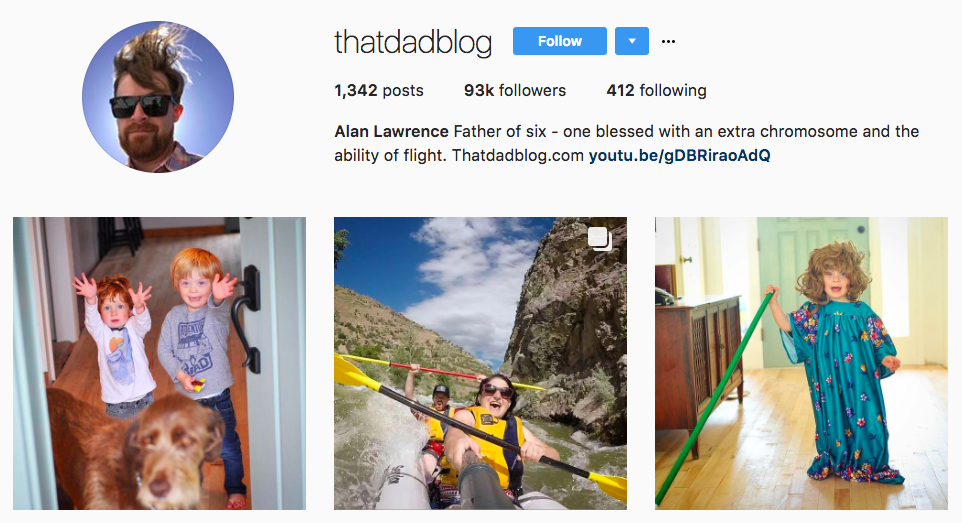 When Alan Lawrence, father of six and the dad blogger behind That Dad Blog, learned that his son, Wil, had down syndrome, he experienced many emotions. Ultimately, he saw the many doors that opened for Wil and his family, and Lawrence began taking photos of his son in flight. He’s since built his popular blog, with a Facebook following of more than 31,000 people, and 91,000 Instagram followers.

Most of his dad blogger posts are centered around his amazing photos of Wil in flight, but he also includes some sponsored blog posts. Most recently, he partnered with AT&T with a 21-day “It Can Wait Challenge.” 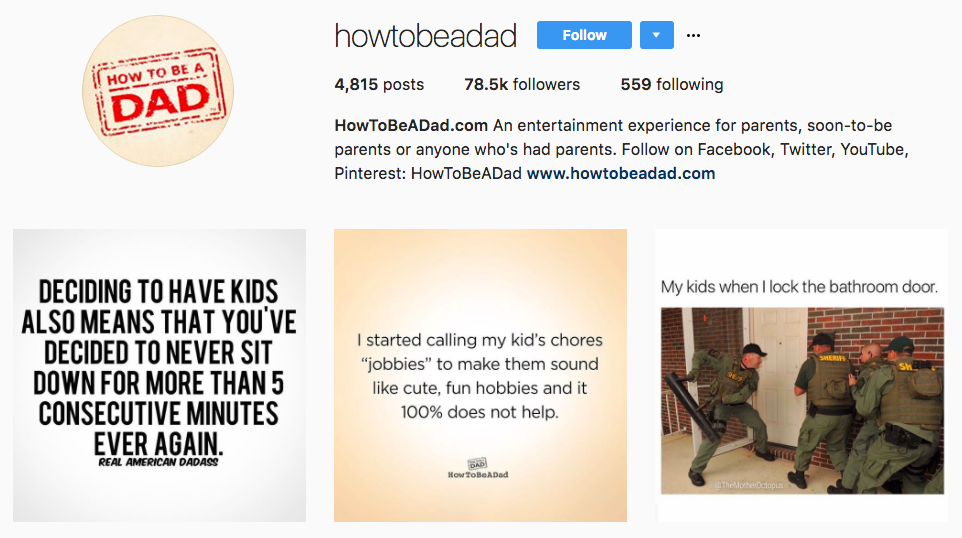 Friends Charlie Capen and Andy Herald started HowToBeADad.com as two new dad bloggers who started out “with nothing left to lose but their sanity as they learn to be dads and try to look smart doing so.” Part of their dad blog, part entertainment website, HowToBeADad covers it all with content ranging from the hilarious to the practical, and menu options ranging from “instructional diagrams” to “My Wife Just Said….” This popular blog has a huge social media following with more than 200,000 Facebook followers, 198,000 Twitter followers, 62,000 Instagram followers and 6,583 Pinterest followers.

This stay-at-home dad blogger loves having his hands full with his two kids, Tyler and Carter — even if he’s not in charge. Daddy’s in Charge? has offered anecdotes and advice since it began in 2011. Dad, John Willey, notes that “life happens, take the time to grow with your child, have fun and be the dad that your kid thinks is the best.” His entertaining, down-to-earth, thoughtful style shines through in his content, and it resonates with his followers on social media. Daddy’s in Charge? has more than 6,000 Facebook followers and 5,459 Twitter followers who enjoy laughing along with this good-natured dad. 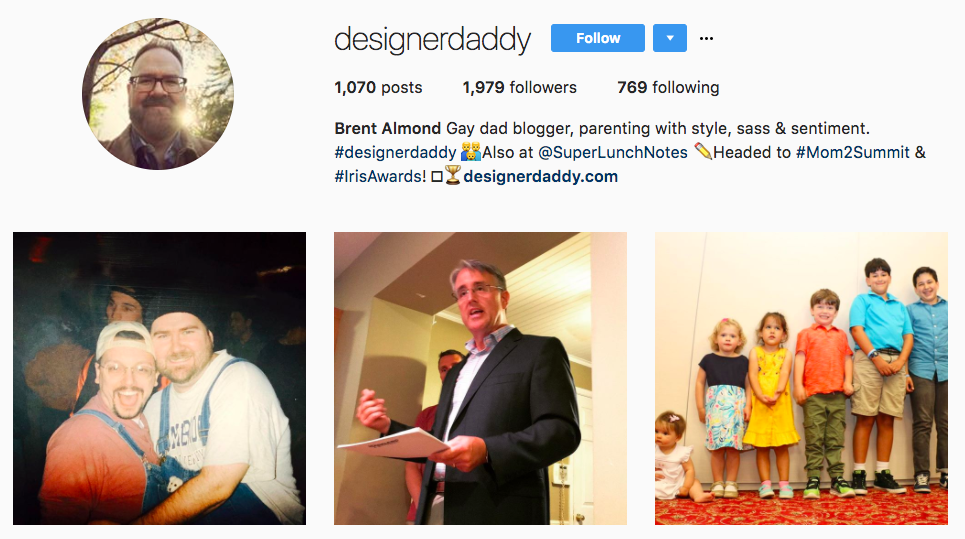 No list of notable dad bloggers could be complete without mentioning DesignerDaddy, started by designer Brent Almond. Almond is a self-described “gay dad of an adopted son.” His design work and writing have been featured on BuzzFeed, Huffington Post and ABC.com. But he’s perhaps best known for the super awesome notes he sends in his kid’s lunchbox. Almond has also been a panelist at BlogathonATX and honored as one of the BlogHer Voices of the Year. DesignerDaddy’s content offers everything from life lessons to humorous posts that blend snark and wit seamlessly with heartfelt advice. The blog has 5,000+ Facebook followers, 4,000+ Twitter followers and 1,900+ followers on Instagram.