How Are Influencers Using Amazon Live? 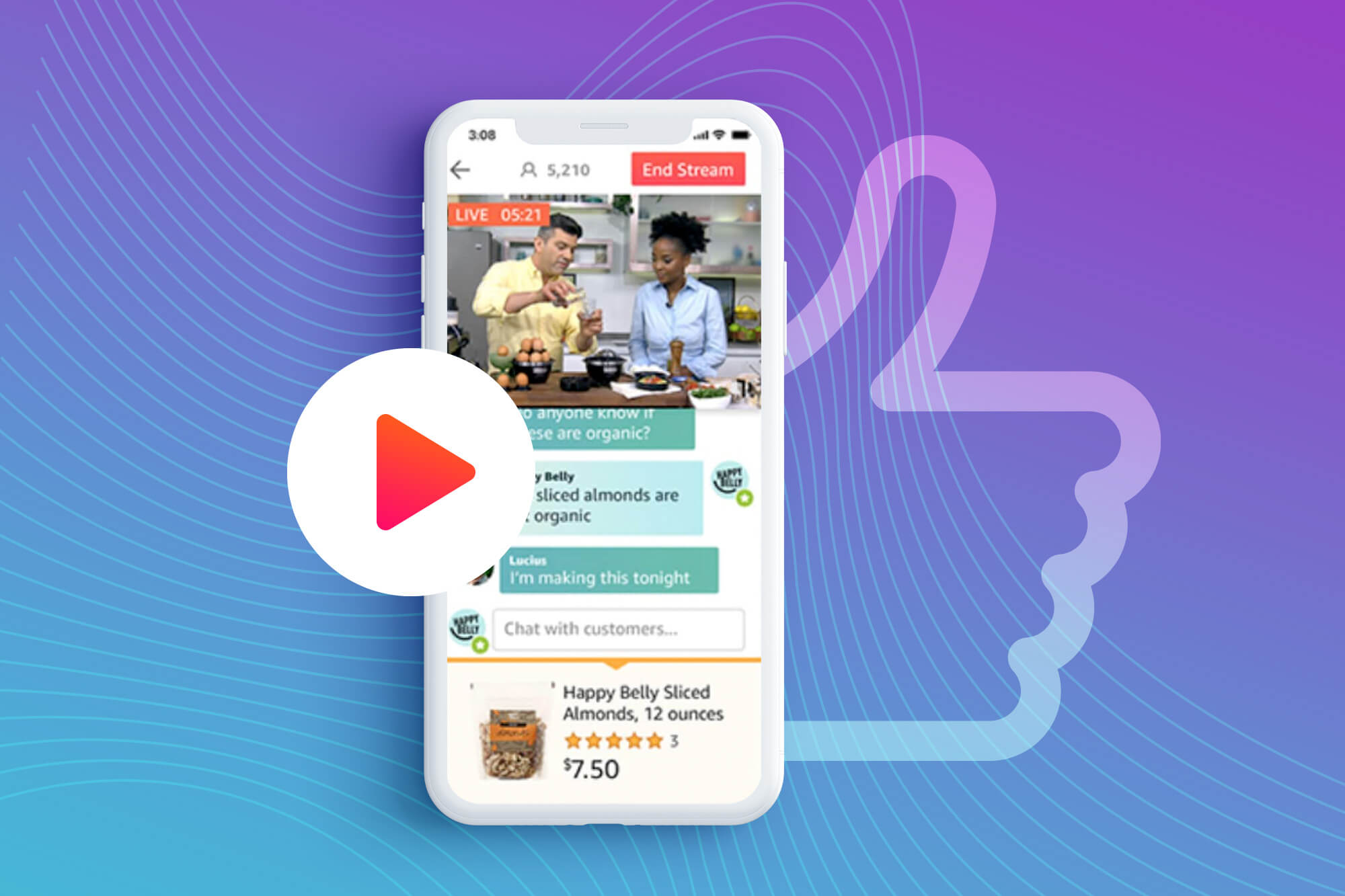 With the launch of Amazon Live, the global e-commerce giant has taken a step into new territory while creating new opportunities for influencers. The live-streaming service lets influencers host their own livestreams on Amazon, and the videos can be found on their own section of the Amazon site. Once shoppers discover that section, they can watch live videos as well as videos that were recently live, and they have the option of buying products that are featured in the videos.

The livestreams will also appear on other locations on the Amazon platform and app; these can include the detail page of the product being featured and on certain pages where shoppers might browse. Brands with an Amazon store can also configure the videos to appear on their storefront page.

This QVC/HSN approach to the livestream format introduces several new opportunities both for brands and creators. Like social media platforms, shoppers can follow the influencers, brands, or topics that they care about — meaning that both brands and creators have one more way to broaden their reach. Once shoppers sign up to follow a brand or influencer, they’ll be notified when a livestream begins.

The “live” aspect offers a compelling way for influencers to interact with shoppers. They can ask questions, chat with the host during the livestream, and buy products featured in the video with just a couple of clicks.

While brands with storefronts have an obvious incentive to participate in the Amazon Live program, they aren’t the only ones who can benefit from it. The Amazon Influencer Program gives creators another platform to reach their followers  and grow their audiences. To participate on the platform, creators must sign up for the program. Once that’s completed, Amazon provides the tools needed for influencers to select which products and services they want to feature.

Influencers also create their own personalized page on Amazon, which is where they can publish livestreams as well as shoppable photos and videos. With so many features on the page, it increases the number of ways creators can engage with customers, and that can translate directly into dollars, since influencers earn affiliate commissions on qualifying purchases.

Qualified influencers can join the program through an application process, and some of the considerations for acceptance will be the number of followers they have and their level of engagement. To qualify, it’s important that they have an active YouTube, Instagram, or Facebook account. From there, they can choose what products are a good fit for them and earn a commission ranging from 1% to 20%, depending on the product category.

Big-name stars like Jessica Alba and Gabrielle Union have also given Amazon Live a chance, but there’s plenty of room for those with smaller followings. Amazon is recruiting nano- and micro-, and macro-influencers, all of whom have dedicated followers and can appeal to those followers on a more intimate, conversational level.

JoJo Fletcher, who was a contestant on the TV show “The Bachelor” and “The Bachelorette,” frequently hosts lives sharing her favorite products. In December, for example, she shared her Winter Wear Must Haves.

Jill Crowe of Grand Millennial Home Deals has about 21K Instagram followers and has found success on Amazon Live as a home design influencer.

From fashion and beauty to games and electronics, there’s no shortage of categories for influencers on Amazon Live. While the platform doesn’t have the same agility of the social commerce features on TikTok and YouTube, what it does have is a tremendous amount of traffic, which translates to tremendous opportunities for influencers.