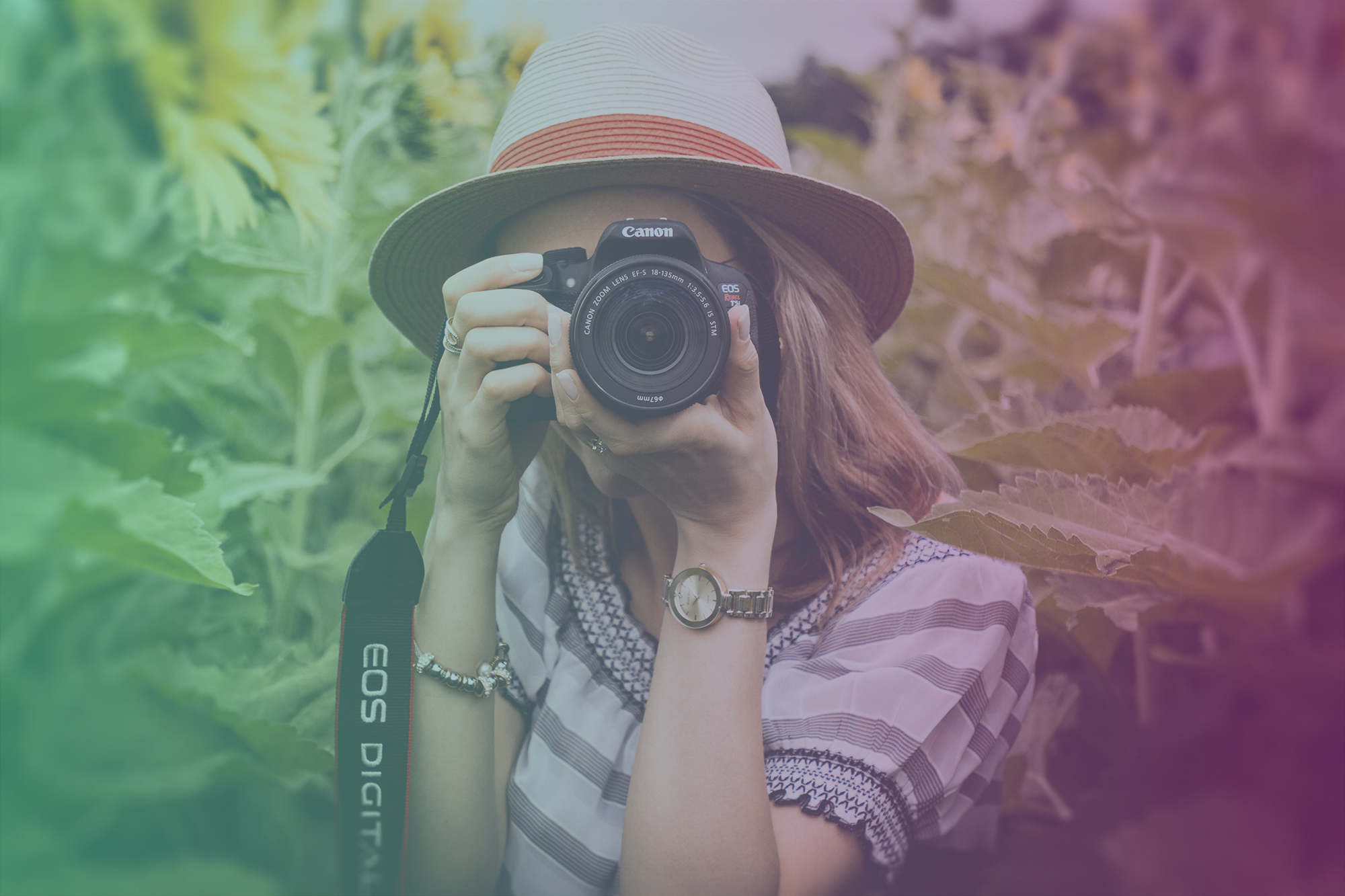 Of all the social media channels, Instagram is the one most tailor-made for photography. That’s been its purpose from the get-go, and people have swarmed to it, to post their own photos — and to follow others who do. Launched in 2010 to make it easier to share photos and videos, today more than a billion people use Instagram every month.

With 2.8 million followers on Instagram, award-winning photographer Steve McCurry has been snapping photos since the 1970s. His best-known photo is “Afghan Girl” a picture of an orphan named Sharbat Gula in a refugee camp, which he photographed for National Geographic.

His photo subjects are diverse and global in scope. They have included Shaolin monks in China in training hanging by their feet from poles. Another photo depicts a little girl standing on the palm of her father’s hand next to the Little Mermaid statue in Copenhagen. Still others show Syrian refugees in Jordan.

McCurry has published the photo book “Animals,” which depicts often-surprising interactions between people and animals. They include an elephant strolling by people lounging at a swimming pool in Sri Lanka and a man walking with sheep in the German countryside.

Photographer and creative director Chris Burkard has 3.5 million followers on Instagram, and for good reason. His spectacular, envy-inducing shots range from birds-eye views of snow-capped peaks to the green otherworldly aurora of the Northern Lights.

He has partnered with brands including Volkswagen, Olympus, Apple, New Zealand Tourism, The North Face and National Geographic Adventure on campaigns. Burkard’s work has appeared in publications including Surfing Magazine and Australian Surfing Life.

With 2.1 million followers on Instagram, photojournalist Peter Souza is author of the books “Shade: A Tale of Two Presidents” and “Obama: An Intimate Portrait.” After working at various newspapers around the U.S., Souza was the chief official White House photographer for Presidents Barack Obama and Ronald Reagan.

Souza’s photos of Obama at key times during his presidency are prevalent on his Instagram account often attracting more than 50,000 likes each. One photo showing Obama crouching down to speak to a little girl has logged 144,000 likes.

Known for her iconic photographs of celebrities including Serena and Venus Williams and Arnold Schwarzenegger for Conde Nast, Annie Leibovitz only joined Instagram in 2019. However, she already has 114,000 followers, and it’s a powerful testament to her talent. Leibovitz’s work has been featured at the National Portrait Gallery in Washington, D.C.,where she was the first woman to exhibit her work.

With 548,000 followers on Instagram, Swedish photographer Tobias Hagg is known for his stunning aerial shots of landscapes that he uses drones to capture. Oceans, ice, forests, buildings and mountains take on a whole new perspective through Hagg’s lens. He also works with clients around the world to produce commercial content. Hagg has been featured in publications including the Daily Mail and National Geographic.

Celebrated contemporary artist, influencer and photographer Cindy Sherman has 288,000 followers on Instagram. She often models for her own photos, adopting different personas for them including that of movie actresses in early film stills. Sherman’s self-portraits have been exhibited at museums including New York City’s Museum of Modern Art and San Francisco Museum of Modern Art.

Acclaimed fashion, celebrity and fine art photographer David LaChapelle has 382,000 followers on Instagram. His fantasy-themed shots are often surreal and subversive. They frequently feature celebrities like Miley Cyrus, Dolly Parton and Nicki Minaj in highly stylized or not-so-glamorous settings. They sometimes depict his subjects wearing halos, or showcase big-name stars as other famous figures, like Justin Timberlake as Elton John.

LaChapelle has published more than 20 books. His photos have graced the covers of magazines including Vogue, Interview, Rolling Stone, Conde Nast Traveler and professional photography publications.

Brooklyn-based visual artist and photographer Victoria Siemer, aka Witchoria, has 225,000 followers on Instagram. For her digital photography creations, Siemer uses Photoshop to place words and ghostly and surreal figures and portals into her photos of landscapes and cityscapes. Publications including The Guardian, Cosmopolitan and Wired have featured Siemer and her work. She has collaborated with brands including Gucci and Samsung on campaigns.

Influencers can range from photographers who specialize in the great outdoors to those that focus on fashion or art. Whether you’re looking for up-and-coming Instagram photography influencers or well-established professional shutterbugs, brands and marketers can find more influencers like this at IZEAx Discovery.