From a blog to a video channel and from engaging with fans on social media to creating content designed to go viral, B2C content marketing campaigns can take many forms. Here’s a look at 15 top B2C Content Marketing examples from recent years, and what made them so great. 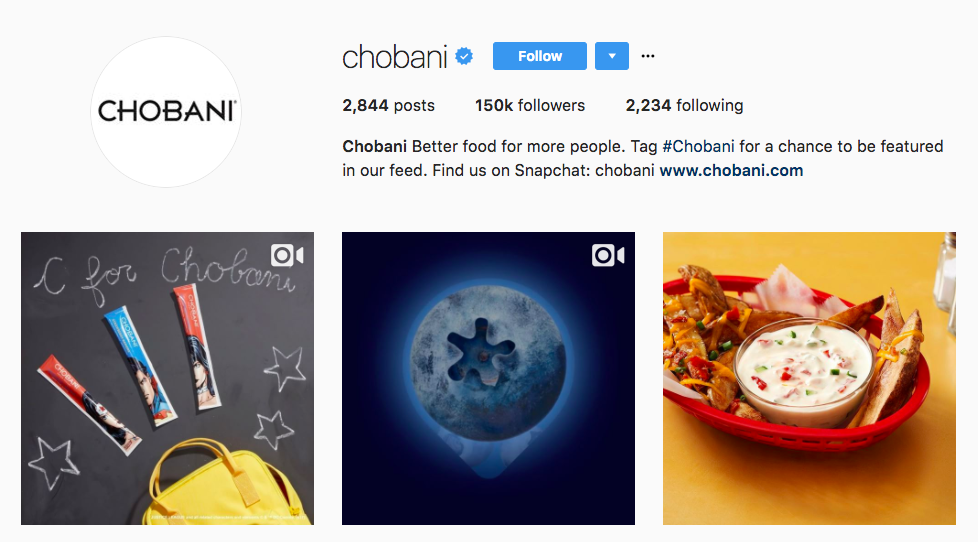 Chobani’s Greek-style yogurt is an American business success story. A 2011 story in “The Atlantic” noted that Greek yogurt sales had climbed from $60 million in 2005 to $1.5 billion in 2011, with Chobani holding 50 percent of the market share for those sales. So it’s little surprise that the brand has done so well with content marketing.

It’s Instagram profile is on of the great B2C Content Marketing examples. The brand has 150,000 followers and a feed full of colorful pictures of yogurt, as well as illustrated recipes for dishes to make using its yogurts.

Denny’s success with content marketing shows that, sometimes, being really, really weird can be good. The brand has 405,000 followers on Twitter, and a Tumblr that’s best described as the avant-garde meets breakfast.

Strange though it may be, the weirdness of this b2c content marketing example is working for the diner chain. A recent poll on its Twitter account got more than 11,000 votes, and many of its posts on Tumblr get more than 1,000 “notes.” 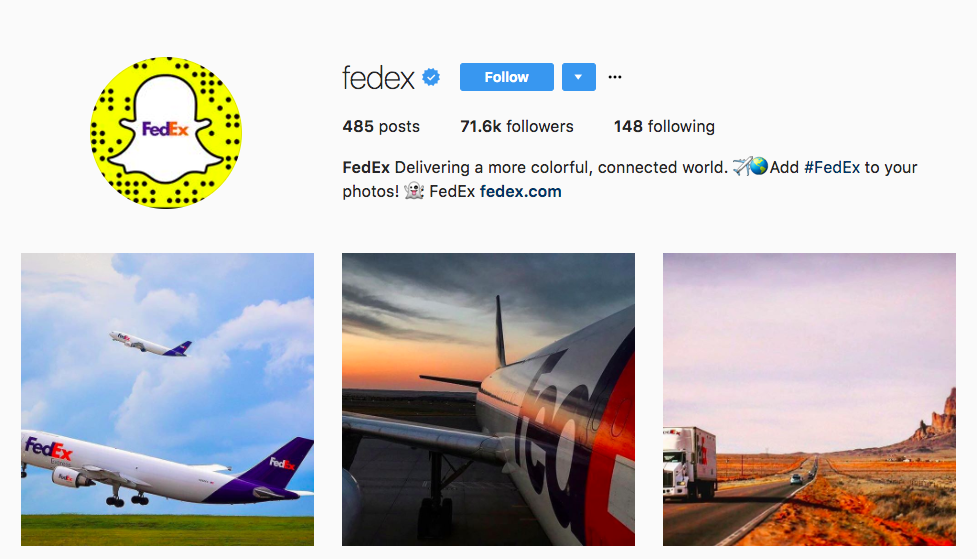 FedEx in the Wild

FedEx’s “In the Wild” campaign shows that a brand can bounce back after an initial fail. In its entry for the Shorty Awards, the brand admitted that its initial attempt to be on Instagram was a big fail. The brand realized that it needed to talk less about itself and to let its fans tell the story.

The “In the Wild” b2c content marketing example encourages followers to take pictures of FedEx vehicles out in the world. The brand sifts through more than 1,000 pieces of user-generated content each week, choosing the most engaging and beautiful to post on its Instagram. Nine months after changing its tactic, the brand’s Instagram follower rate went up by more than 400 percent. It has more than 71,000 followers today. 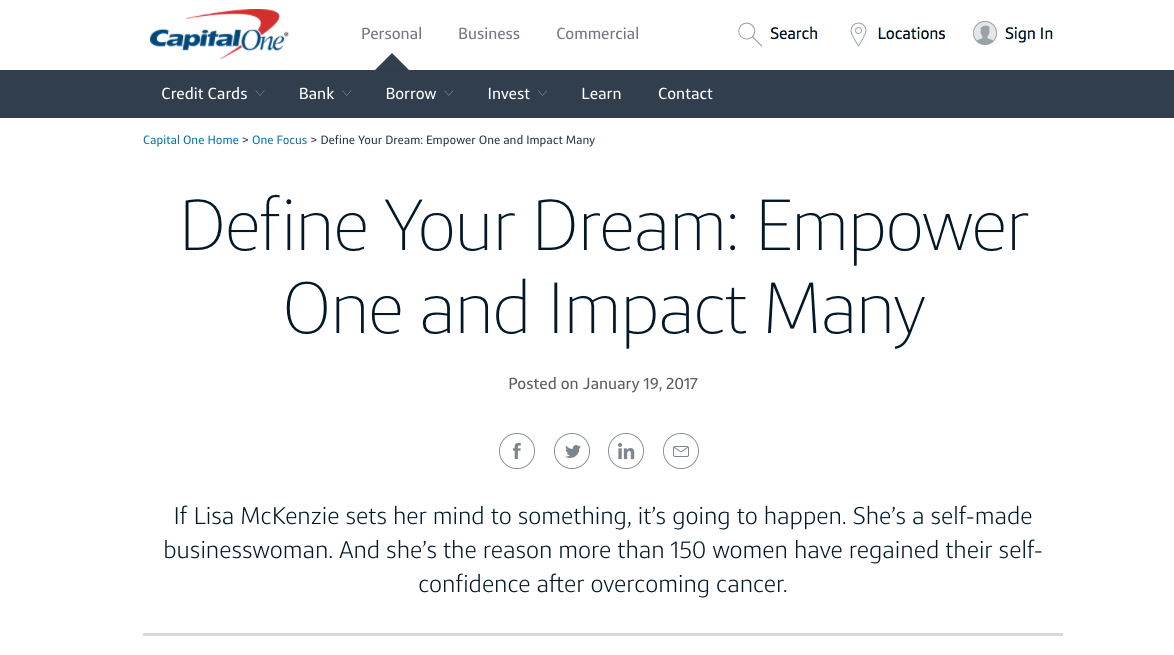 Capital One created its #DefineYourDream campaign as a way to connect with its customers and discover what makes them tick. The campaign featured the use of video and stories submitted by customers. There was also a blog that profiled customers who had followed through on their dreams.

By the middle of the campaign, the brand had seen more than 10 million engagements with its content, and more than 56 million impressions, according to its Shorty Awards entry. It’s certainly one of the top-performing traditional b2c content marketing examples to date.

American Greetings realized that its continued existence as a company depends on people continuing to be civil towards one another, and wanting to send cards to each other.

In the face of what it perceived to be as an increase in incivility, the greeting card company created the ThankList. People can visit the website and create videos to say thanks to friends, or write personal messages to specific people.

This one of the top b2c content marketing examples resulted in more than 11,500 Thanklists. That’s in addition to the more than 50,000 mentions of #ThankList on Twitter, and a 98 percent positive sentiment towards the brand. 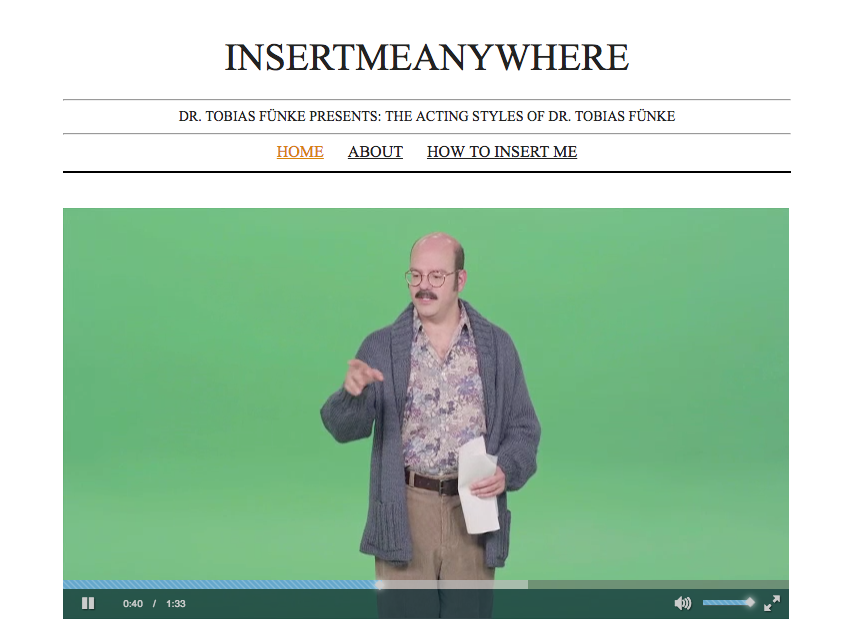 “Arrested Development” is a cult-favorite sitcom that was cancelled too soon on broadcast TV and brought back to life by Netflix. To go along with the release of season 4, the show created “Insert Me Anywhere,” a website that let people download “characters” portrayed by Tobias Funke, shot against a greenscreen. People were able to put Tobias’s characters in pretty much any currently existing content, whether custom-made or pre-existing. Tobias was also given his own profile on the “Arrested Development” Reddit board, and several Easter eggs were hidden on the site.

As a result of this b2c content marketing example, Tobias popped up in classic movies. You can also find him in clips from news for that week, and in music videos. According to a case study created about the campaign, the average visitor spent eight minutes on the website. 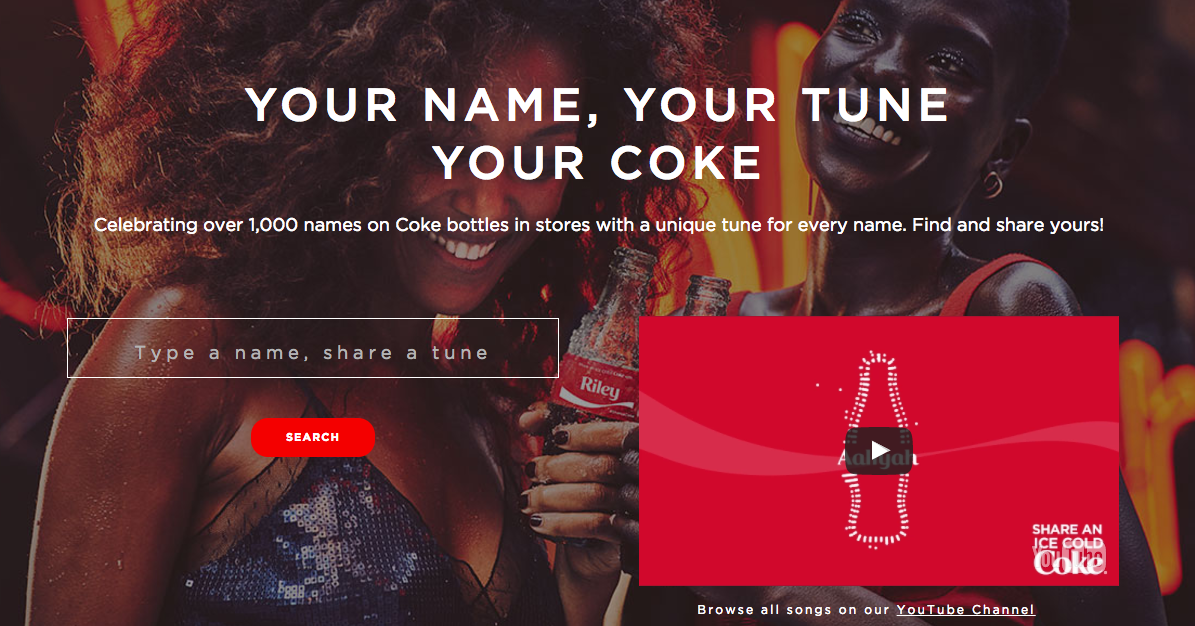 Coca-Cola’s Share-a-Coke campaign has taken several forms over the years. The most recent iteration involves more than 1,000 first and last names, many of which are available in retail stores. The brand also introduced custom songs for each name, as well as the ability to customize eight-ounce bottles with any name, making drinking a Coke feel like a more personal experience. It’s certainly one of the most memorable b2c content marketing examples. 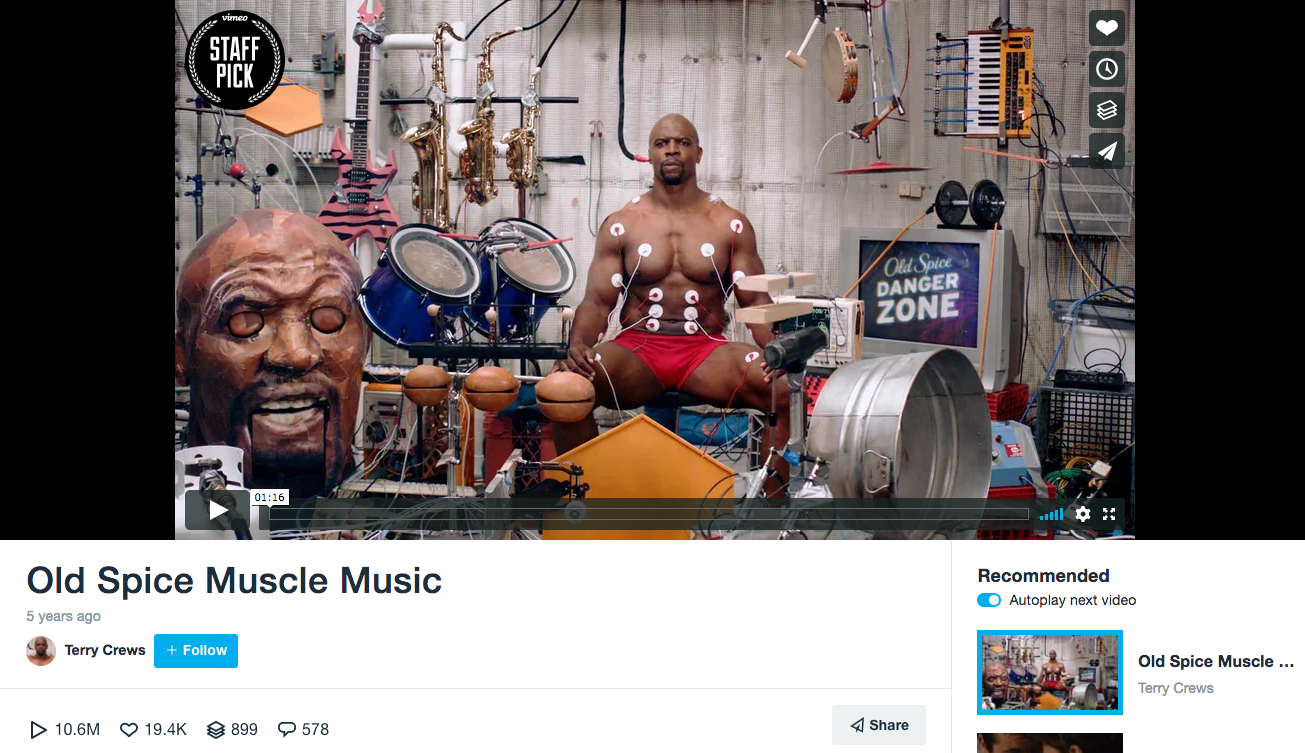 Old Spice’s Muscle Music was a video featuring musician Terry Crews playing music with his muscles. Another component of the campaign allowed users to interact with the video, creating their own “music” by “playing” Crews’ muscles. 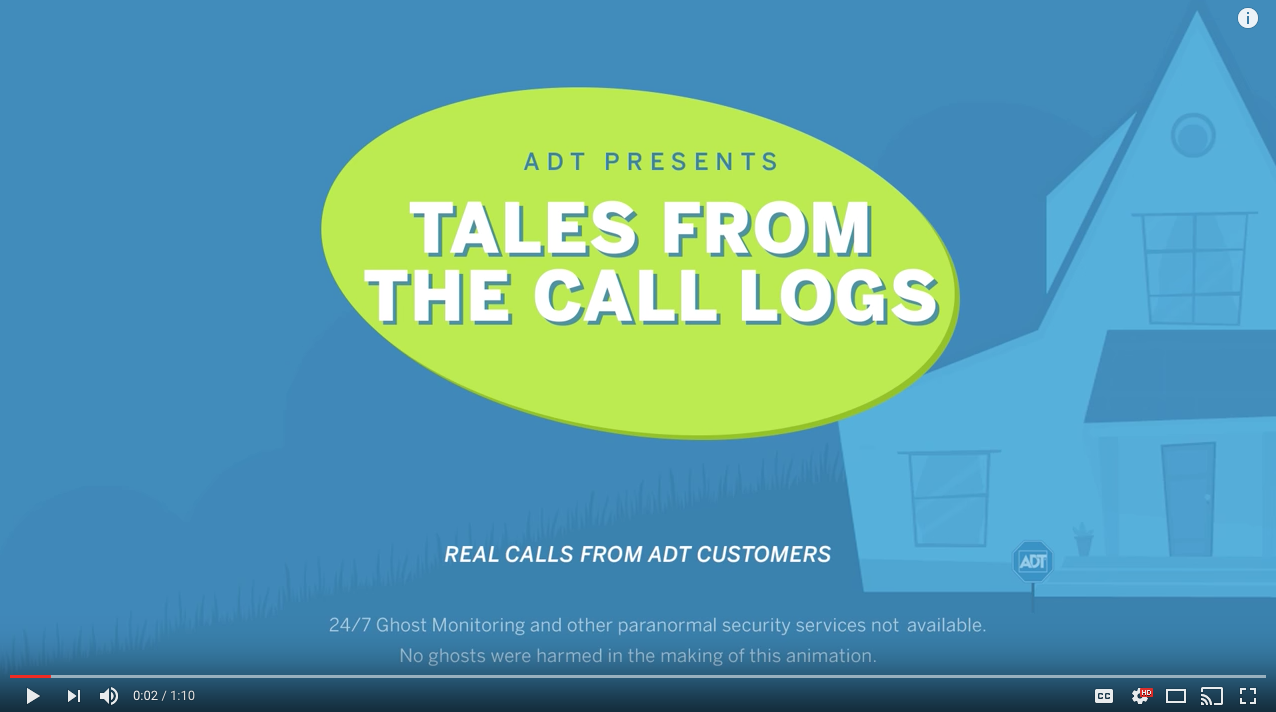 Security system company ADT used content marketing to show off its excellent customer service. Around Halloween, the company put together a video, “Tales from the Call Logs,” that was based on a real-life call the company got. In the video, a mom calls ADT and asks for help calming her son, who’s genuinely spooked by ghosts. The mom asks ADT to tell the son that the family has a ghost alarm to protect the house.

The video had more than a quarter million views on YouTube, and was nominated for a Shorty Award. 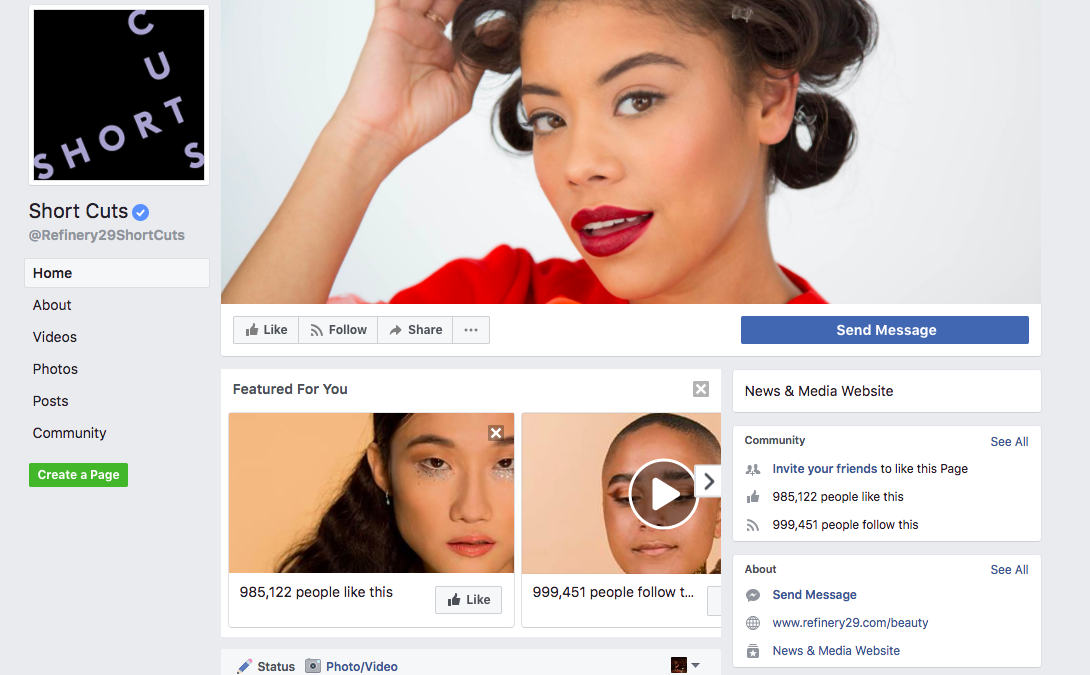 As publisher of beauty, fashion, and other content, Refinery29 is no stranger to producing engaging material. The brand set out to expand its offerings and content channels in 2016. One way it did that was by creating ShortCuts, a video-centric content hub that focuses on beauty tips. ShortCuts lives on Facebook, where it has nearly one million followers.

According to its Shorty Awards nomination, the channel had a growth rate of about 60 percent each month, and receives an average of one million views per video. The brand was also able to partner with other brands (including CoverGirl and the show Cancerland) when producing its video content. 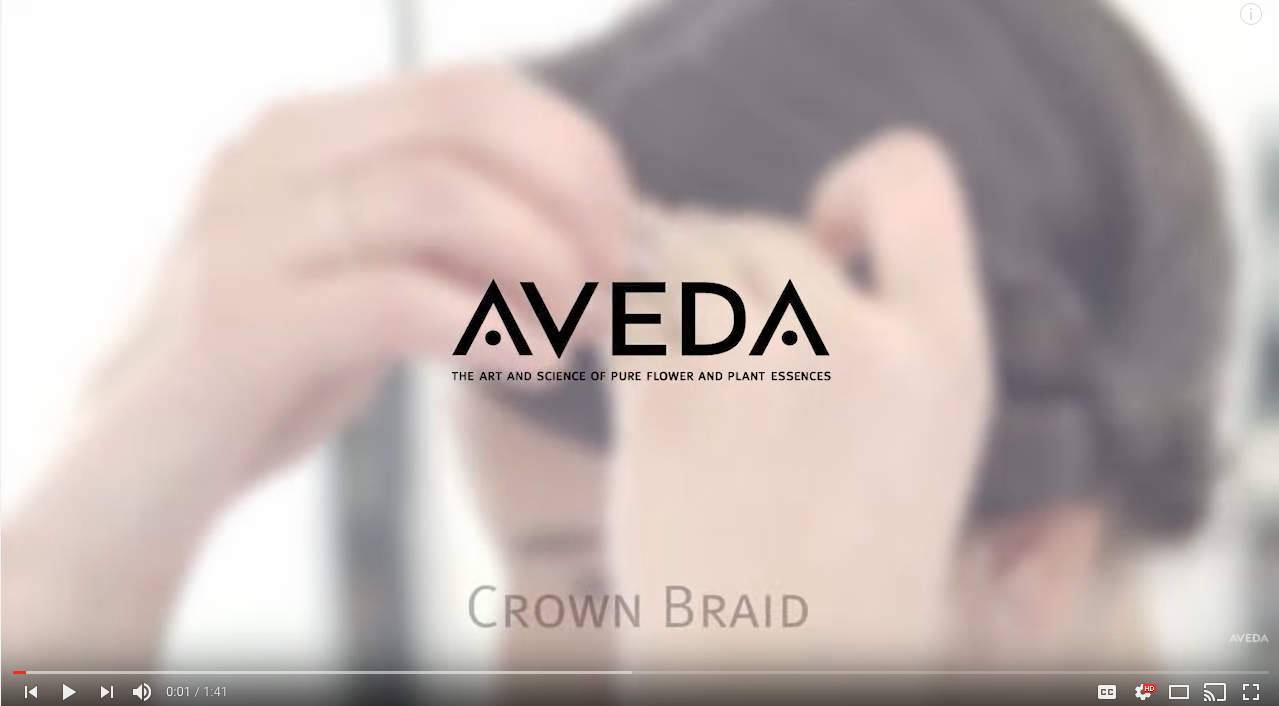 Campaign results included email newsletters sent to 1.5 million receipients, and a 15 percent increase in average order volume. Over the summer of 2016, 1,200 photos on Instagram used the #StyledbyAveda hashtag, creating 268,000 engagements. 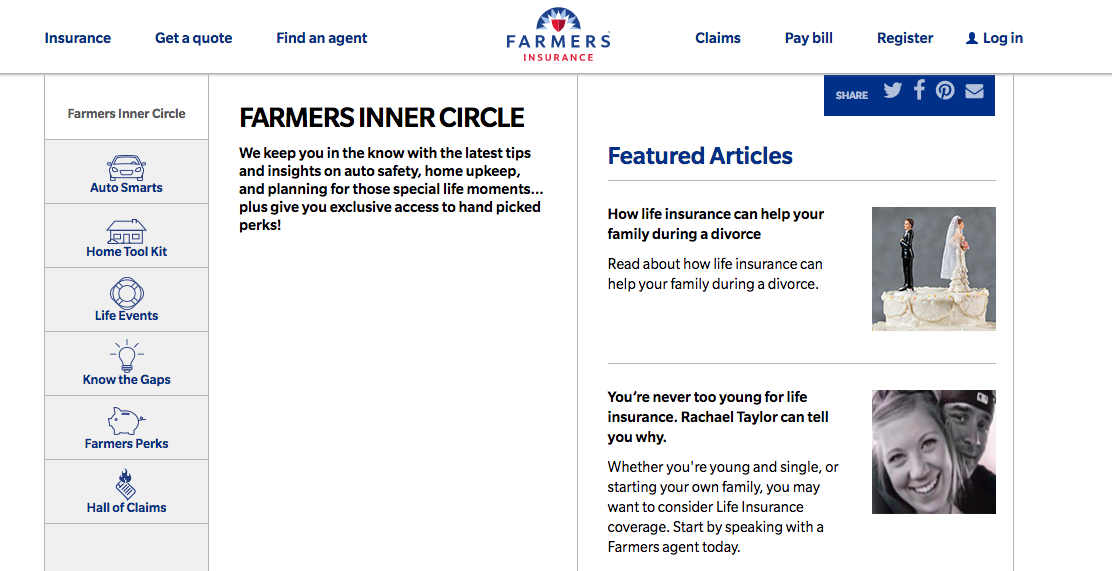 Farmer’s Insurance’s Inner Circle content hub puts all the info an insurance customer would want to know right at their fingertips. The well-organized site has clickable categories and articles with big, engaging images. 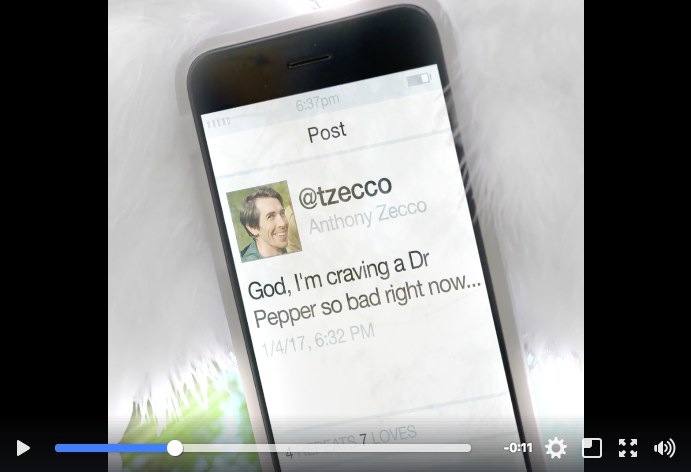 After seeing tremendous growth in 2010 and 2011, Dr. Pepper noticed a bit of a slowdown in 2012. The brand realized that, without shifting its focus to mobile (where its fans were), it would no longer be able to connect with them.

So it launched a campaign to focus its Facebook posts on a mobile audience, creating imagery and content that was easy to see and share on smaller mobile devices. As a result, the brand’s engagement increased by 85 percent, and its follower count went up by more than three million. 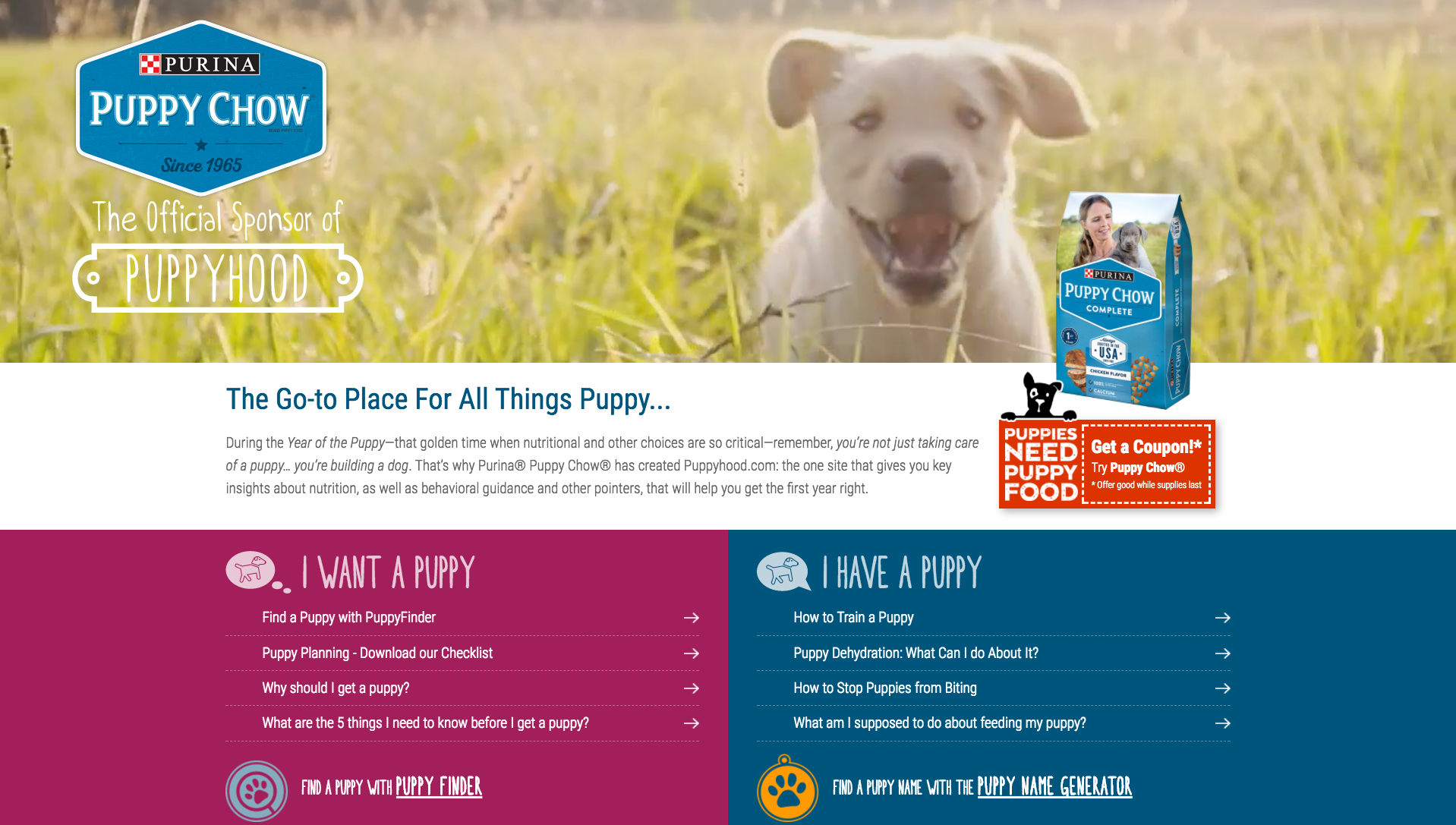 Purina created the Puppyhood site to give new puppy owners all the info they need to raise happy and healthy pups. But the brand didn’t stop there. It also worked with Buzzfeed to create several adorable videos featuring a man and his new puppy. The videos had titles like “We Met a Girl” and “Back to Work.” Each video had at least a million views.

Introduced in 2010, Dentyne’s Safe Breath Alliance encouraged people to “practice safe breath” by chewing Dentyne gum. The campaign was meant to connect with a younger audience, and featured Facebook content as well as videos.

Thanks to this one of the top b2c content marketing examples, the brand saw its Facebook fans increase by 1,000 percent in less than a year, and sales of its product go up by 229 percent.