Sponsored Content: Definition & Examples of How To Do It Right

According to MOZ, the definition of sponsored content is:

“material in an online publication which resembles the publication’s editorial content but is paid for by an advertiser and intended to promote the advertiser’s product.”

Notice the emphasis? The key to sponsored content strategy is ensure the content is eye-catching, authentic and relevant to the reader.

Sponsored content fails when feels too much like an advertisement. It fails even harder when appears on a blog or in a publication that doesn’t make sense for the product or service. Here are some of the best and worst examples of sponsored content and the critical steps to getting it right. 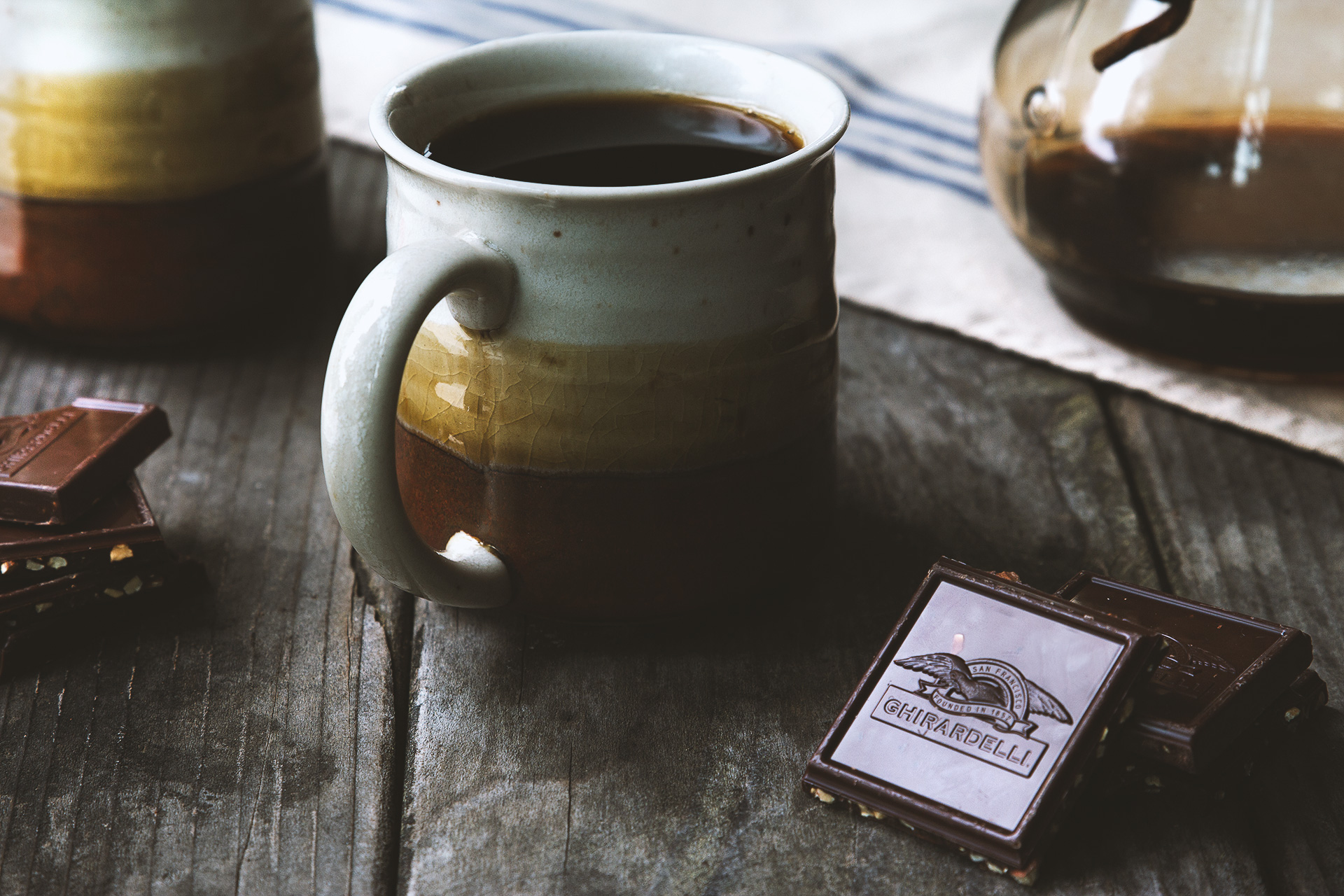 One of the most notable sponsored content gaffes in recent years occurred when the “Atlantic” published a piece sponsored by the Church of Scientology. To put it simply, the content rubbed plenty of people the wrong way because it was very pro-Scientology and came across as propaganda. The tone of the sponsored content just didn’t mesh with the tone of the “Atlantic,” a website and magazine known for investigative journalism, not propaganda puff pieces.

In contrast, a story about cardamom coffee, sponsored by Ghirardelli Chocolates, that appeared on Honestly Yum is an example of sponsored content appearing in the right place at the right time. People looking for delicious recipes and food inspiration are going to visit the blog, and visit they did. The piece received a number of comments as well as hundreds of social shares.

It Has an Engaging Story

“The New York Times” has its own branded, sponsored content studio, and it’s managed to produce some of the most popular examples of sponsored content. A 2015 study found that the studio’s sponsored pieces generated as much, if not more, engagement than the paper’s editorial pieces.

One great example of a sponsored story that succeeded is “Women Inmates: Why the Male Model Doesn’t Work.” Created in partnership with Netflix for the series “Orange is the New Black,” the piece was one of the top 1,000 stories on “The New York Times” during the study period.

It was the story behind the content that made it so engaging. It tackled a challenging social issue: the increase in women inmates and the particular challenges they face in the prison system.

The story was well researched and full of statistics. And it shared personal stories from women who had served time in prison. It also offered potential solutions to the problem. The piece highlights prisons that cater to the specific needs of female inmates and attempting to lower rates of recidivism.

It Has Captivating Visuals

Visuals rule the roost when it comes to online content. The 2017 State of the Creator Economy study found content marketers prefer visuals content in their posts above all else.

After its gaffe with Scientology, the “Atlantic’s” sponsored content division had a chance to clean up its act. Its “Art of the Thrill” piece, sponsored by Porsche, relied heavily on visuals to depict what a person experiences when driving a sports car at high speeds around a track.

The sponsored post was full of visual representations of a driver’s heart rate and breathing pattern when driving a Porsche. Not only are the images beautiful to look at, but they also help transport the audience into the experience. 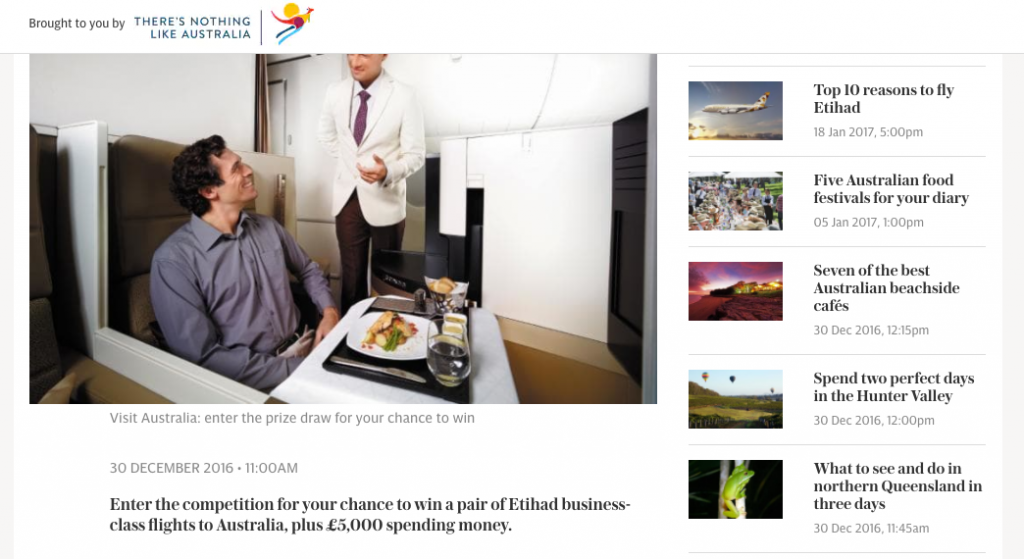 It Offers a Clear Call to Action

Content is only compelling if it inspires the reader to think, feel and, most importantly, do. One of the best examples of a clear call to action is the “Telegraph’s” “Taste of Australia” sponsored section.

The CTA was simple: Enter to win a trip to Australia, complete with £5,000 spending money. The article even had an entry form built right into the page. The content made it as easy as possible for a person to provide contact information for the chance to win. 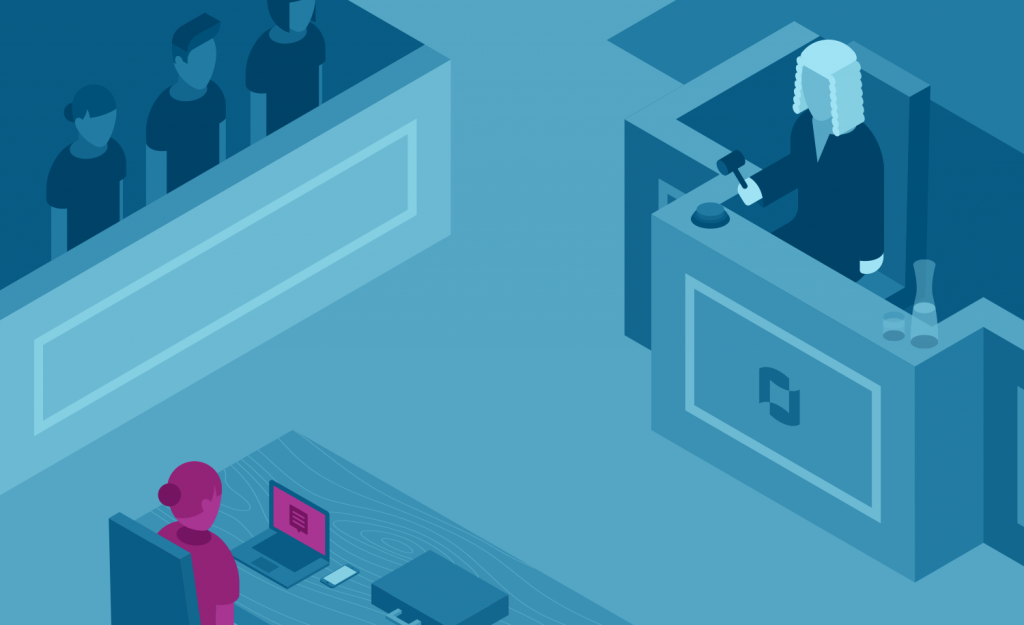 Sponsored content depends on trust to succeed or fail. No one wants to feel tricked by a sponsored piece. Plus, the Federal Trade Commission has pretty strict rules when it comes to disclosing whether content is an ad or not.

Failure to disclose doesn’t only upset your audience. It can also bring the wrath of the FTC down on you. The department store Lord & Taylor can serve as a cautionary tale. The brand hired 50 fashion influencers and the magazine “Nylon” for the wildly successful campaign. However, the brand didn’t disclose that the content was paid. The store had to settle with the FTC and agree to always disclose going forward.