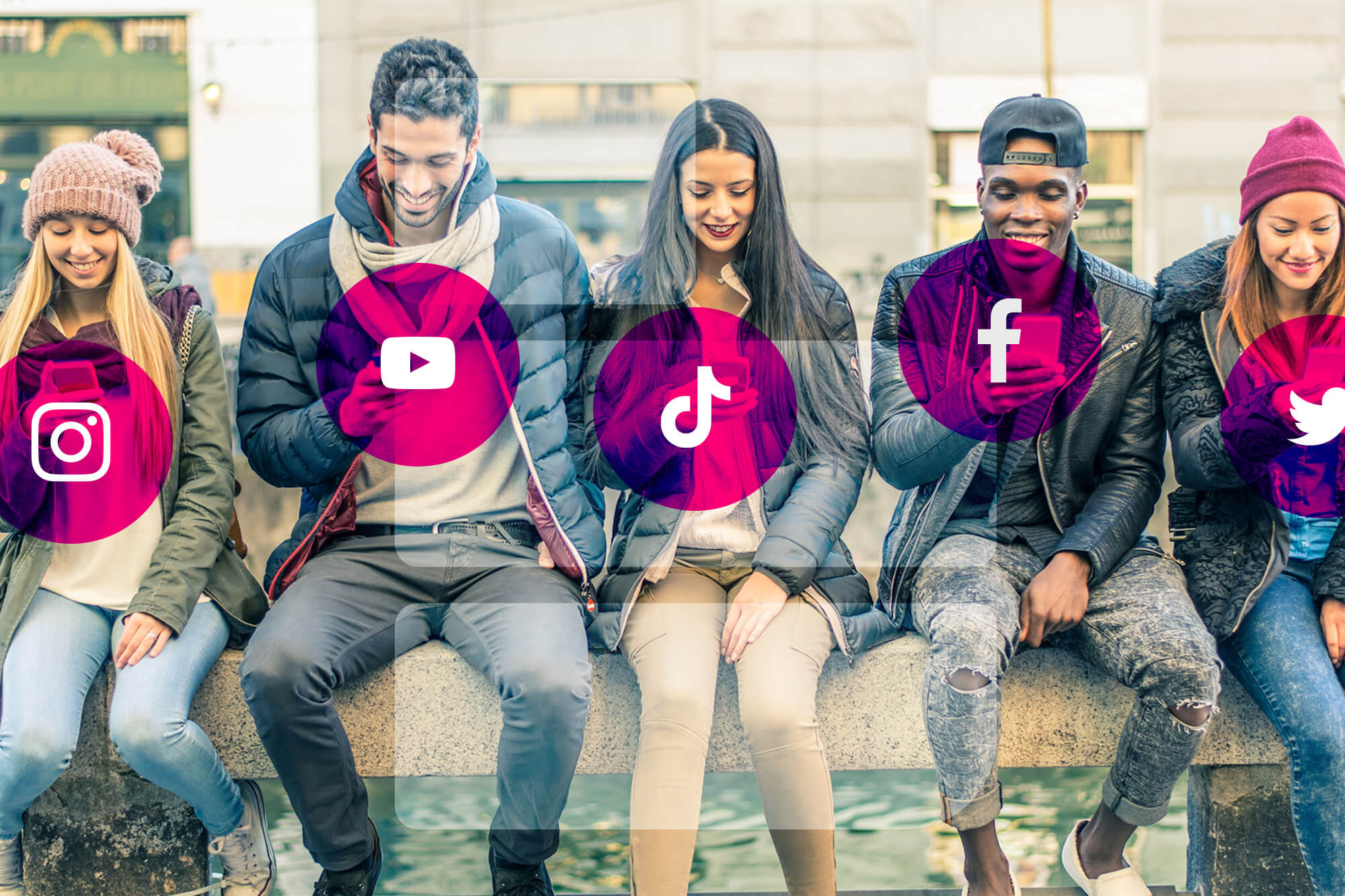 Social content mirrors the events of real life, and in 2021 we had a lot to talk about. BrandGraph 500, which ranks the nation’s top brands by social content volume, breaks down what brands had the biggest increases in social content last year, and also looks at which brands didn’t have their best year ever.

BrandGraph has scanned over 741 million pieces of content across 16.6 million different social media accounts in 2021, and it is constantly updating. Rankings may change over time.

The winners on the 2021 BrandGraph 500 were entertainers and video games, which in general continued to dominate the conversation after 2020 highlighted just how important entertainment is to the general public. The BrandGraph platform analyzed 741 million pieces of content across 16.6 million different social media accounts in 2021. The takeaway: We want to be entertained!

It was a big year to be a British singer, especially former One Direction members, who generated the most engagement on social media. Harry Styles rose 15 places to No. 95 while going on tour; Zayn Malik jumped 36 spots to No. 200 while breaking up with model Gigi Hadid and releasing new music; and Liam Payne dropped 26 places but still ranked No. 285 on the list after releasing the popular song “Sunshine.” Singer Dua Lipa, whose song “Levitating” was one No. 1 on Billboard’s Hot 100 list for 2021, ascended 32 places to No. 194. Ed Sheeran joined the list as he soared 142 positions to No. 291, one of the biggest jumps of 2021. 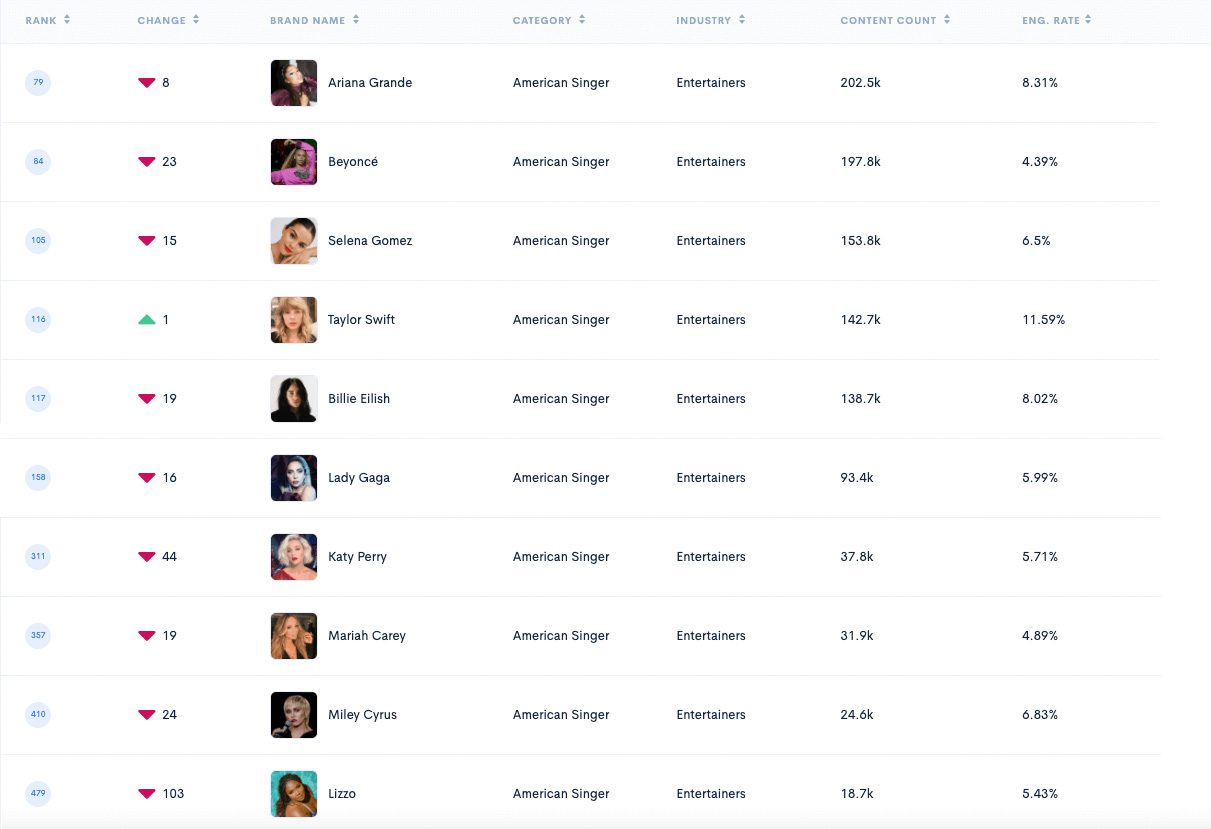 All Fun and Games

Virtual worlds and mobile games were also generating buzz. Roblox spiked 113 slots to No. 149 and Minecraft rose 17 spots to No. 72. Pokemon climbed 82 places to No. 191 thanks to the popularity of Pokemon Go. Resident Evil had a spike as well, rising 77 places to No. 242. 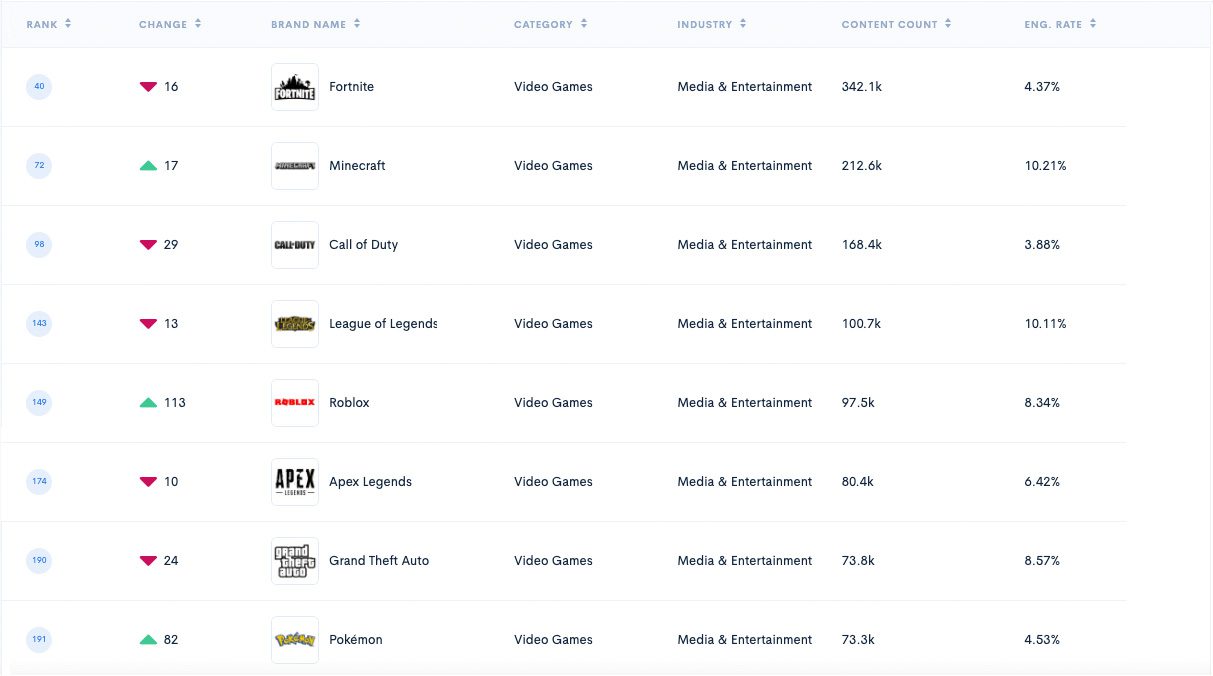 Give Them Something to Talk About

Public figures can always spark a conversation or debate. Sen. Bernie Sanders rose 171 spots to No. 246 after he became a meme during the presidential inauguration.

Billionaires and rivals Elon Musk and Jeff Bezos also made waves. Tesla CEO Musk rose 83 positions to No. 113 and landed himself the title of Time’s 2021 Person of the Year. Amazon’s founder Bezos soared 132 places to No. 258 while also launching into space last year. Meta CEO Mark Zuckerberg made his debut on the list at No. 361.

Cryptocurrency was a hot topic across all social channels in 2021, and BrandGraph 500 underscores just how big a buzz it created. Non-fungible tokens (NFTs) became mainstream, and El Salvador became the first country to accept crypto as legal currency, driving the push to create more crypto-linked products.

Not surprisingly, Bitcoin — the OG of cryptocurrency — climbed 45 spots in the chart to No. 19, likely because it hit $65,000 in 2021, making lots of crypto investors wealthier. Several altcoins joined the party, too: Dogecoin, XRP, Binance Coin, Bitcoin Cash, Cardano, Litecoin and Ethereum. 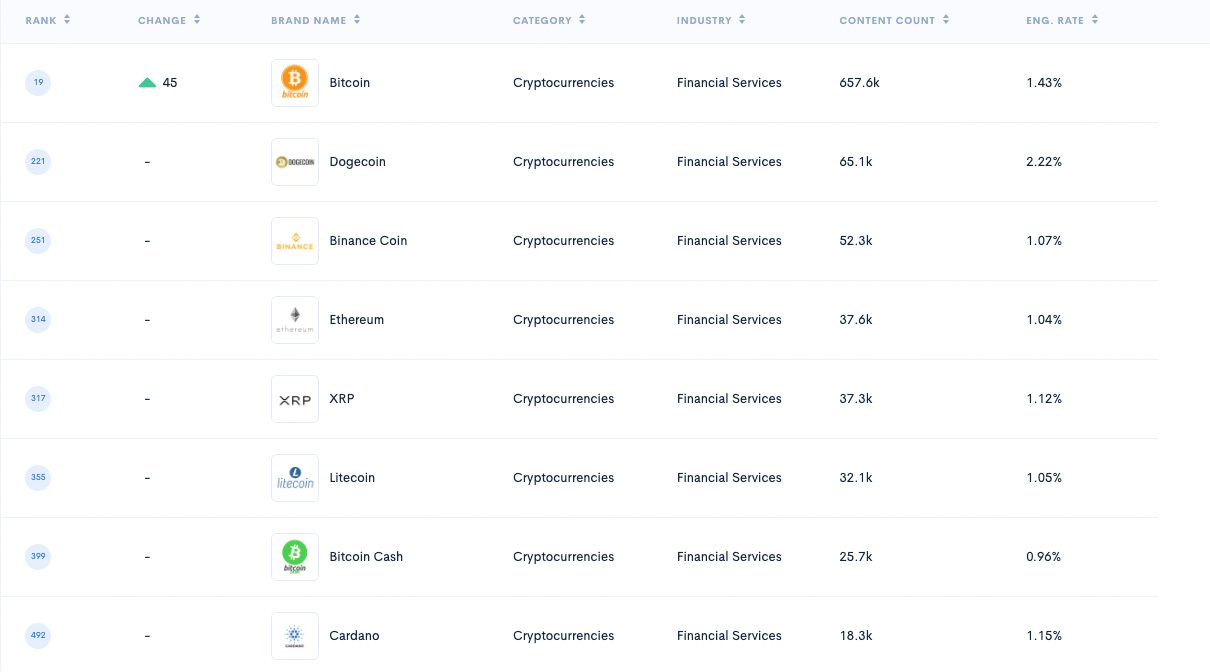 Keeping Up with the Kardashian-Jenners