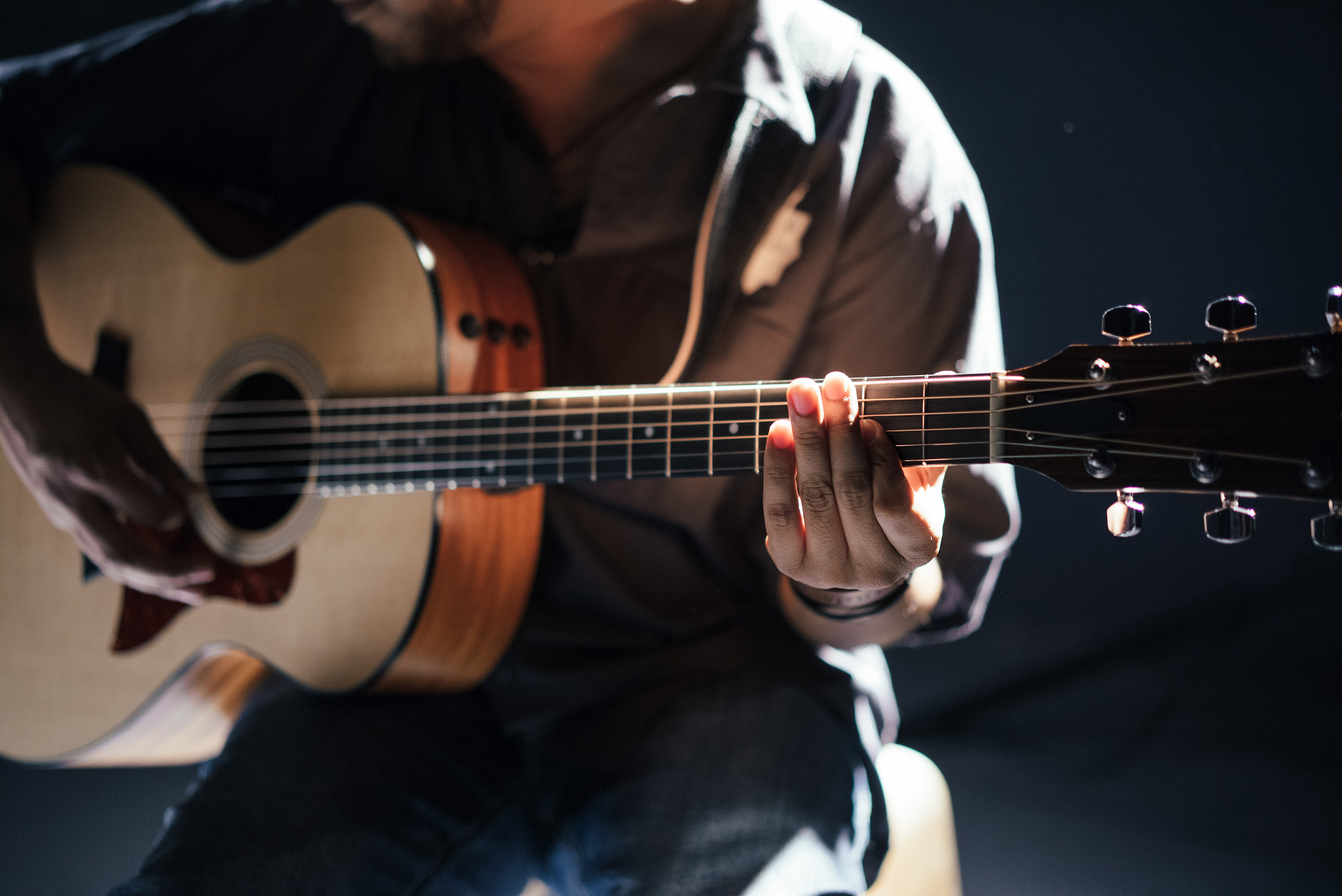 There’s great power in music . In marketing, music itself could be considered one of the greatest influencers around. It brings people together. It evokes powerful memories and strong emotions. Marketing efforts that incorporate music into the fold outperform non-music campaigns, boosting creativity, evoking empathy, inspiring emotion and conveying information.

TikTok and music go hand in hand. It has even been the vehicle through which hits like “Old Town Road” and “Good as Hell” emerged before crashing onto mainstream charts. Its popularity and affinity for great tunes make this relatively new social platform an ideal option for music lovers, marketers and wannabe stars alike. All of these TikTok music accounts leverage that power while resonating with their fans and followers.

Widely believed to be one of the most popular TikTok curators, Kevin Perry’s musical aspirations began long before gaining stardom on the popular app. He’s been making music for a while, eventually joining Spotify as Kevin Creel ― a name change
necessitated by the unavailability of his own name. When he joined TikTok, his goal was to have fun with it. Before long, his popularity blew up and millions knew who kevboyperry (his TikTok handle) was.

His musical stylings can be described as “chillwave.” Perry describes his own inspiration as music that inspires a strong emotional connection. He was also inspired by doing his homework and aimed to create tunes that he could listen to while studying without becoming distracted. Perry’s ultimate goal is to break into film, suggesting he might be someone to watch in the future ― for his music and more. 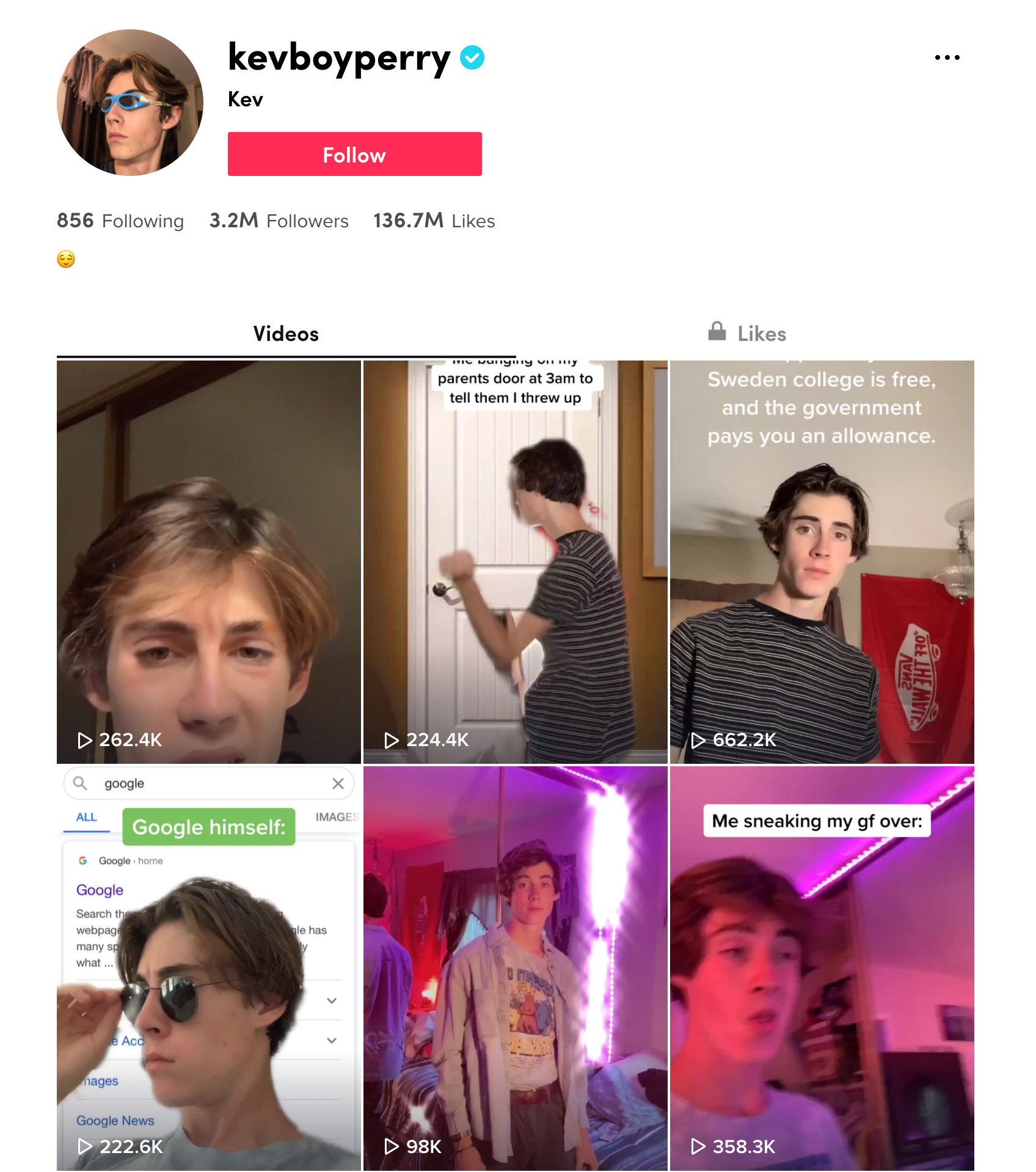 Rolling Stone credits him with making “Old Town Road” a hit on TikTok, giving Michael Pelchat a certain amount of cache among music lovers. NiceMichael, as he’s better known to his followers, is famous for his nearly constant, trademark grin and his eccentric dance videos set to music. He’s also becoming equally well-known for his ability to discover previously unknown hip-hop tracks and skyrocket them to popularity among TikTok’s users.

Case in point: in 2019, he used “Beef FloMix,” a little-known track by Flo Milli that had fewer than 500 people using it. Within a short time, more than a million TikTok videos integrated the track into the mix, and Flo Milli started getting noticed by major labels.

Pelchat credits good lighting and a positive outlook among the keys to his success. Other factors include his innate 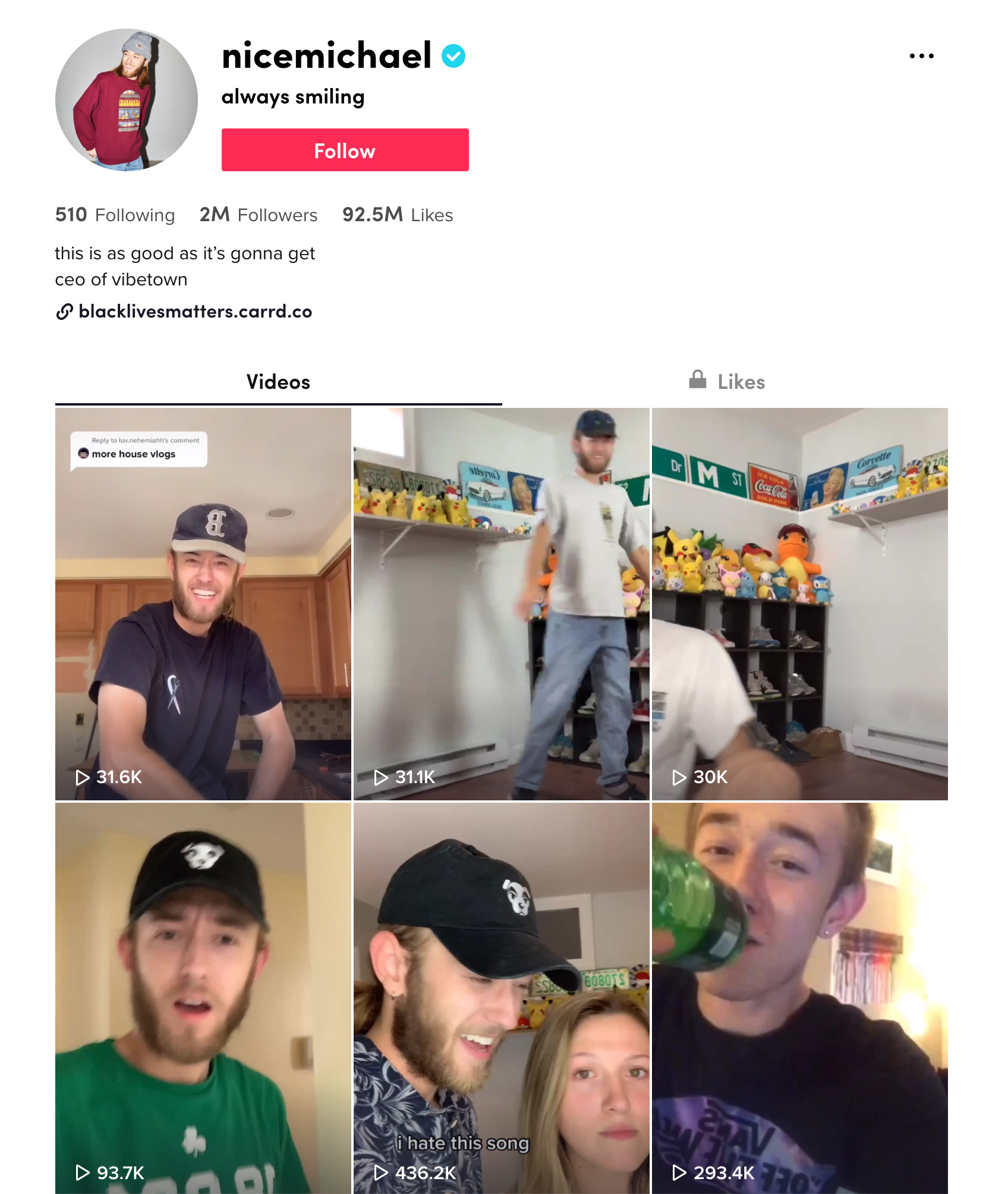 Along with his brother Maverick, whom he collaborates with, Cash Baker is known for his musical prowess. The duo, who also have another account under their group name, Cash & Maverick, became famous with their viral song, “The Way You Move.” This young star is from Oklahoma and has a sister, Lani, who has found her own TikTok stardom.

Baker is a self-proclaimed fast food junkie with a love of skateboarding , which often makes its way into his videos. He also loves pranks and lip-syncing, both of which are incorporated into his content. He’s amassed an impressive following that outranks his older siblings. This is a TikTok music account to watch as this teen continues to grow and create content that users increasingly tune into across multiple platforms. 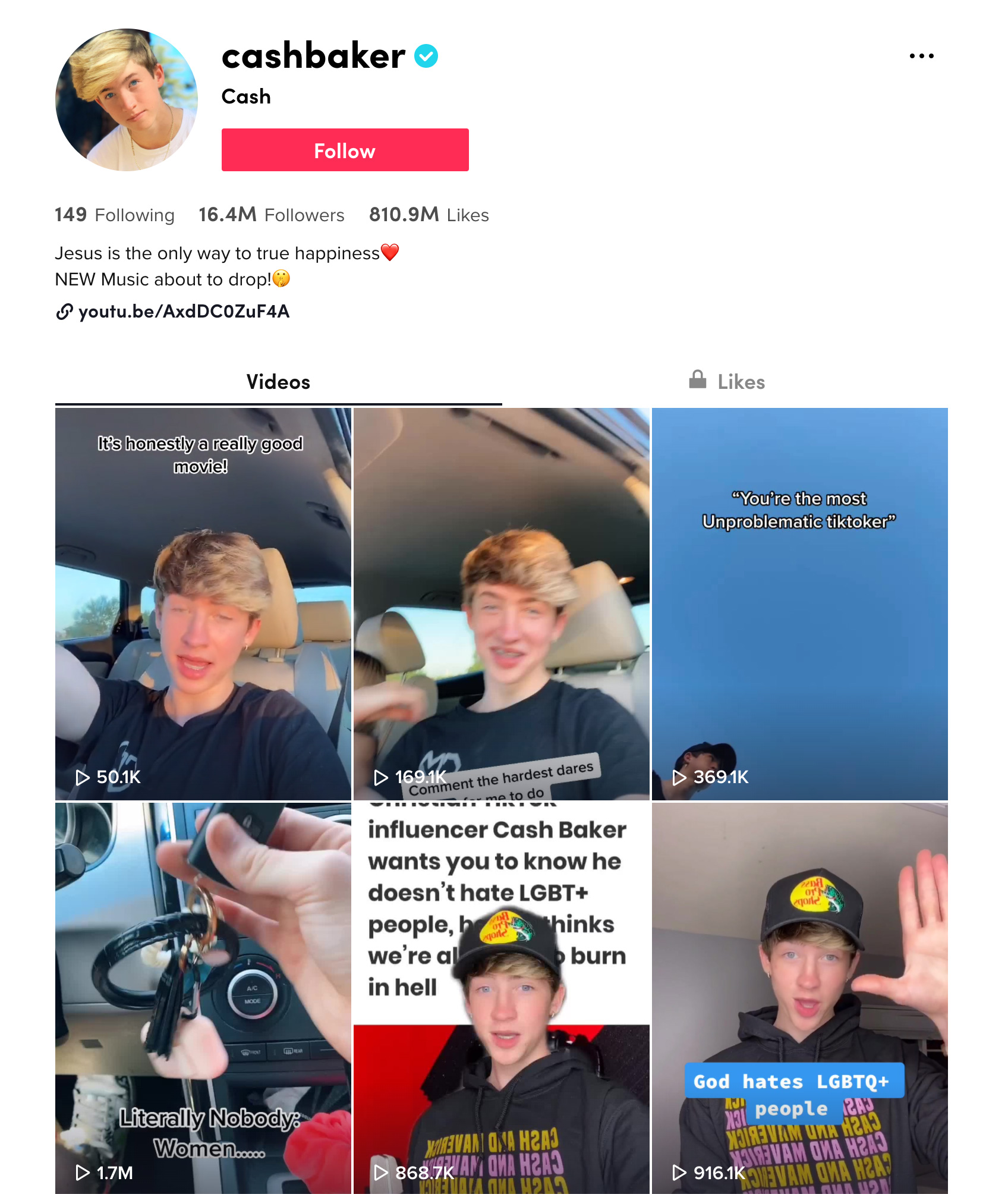 Annie LeBlanc isn’t just a TikTok star. You might already know her as a gymnast who gained popularity on YouTube. You also might know her as an actress with a role in “Chicken Girls,” a film and web series. LeBlanc grew up on the internet, with her parents posting videos of her as a girl on their family YouTube channel, Bratayley, beginning in 2004. She later started her own channel on Musical.ly ― TikTok’s predecessor.

These days LeBlanc is still into acting, but music is definitely a large part of her appeal as an entertainer. She even listens to her own songs, including “Ordinary Girl” and “Picture This,” as a preperformance ritual to combat stage fright. 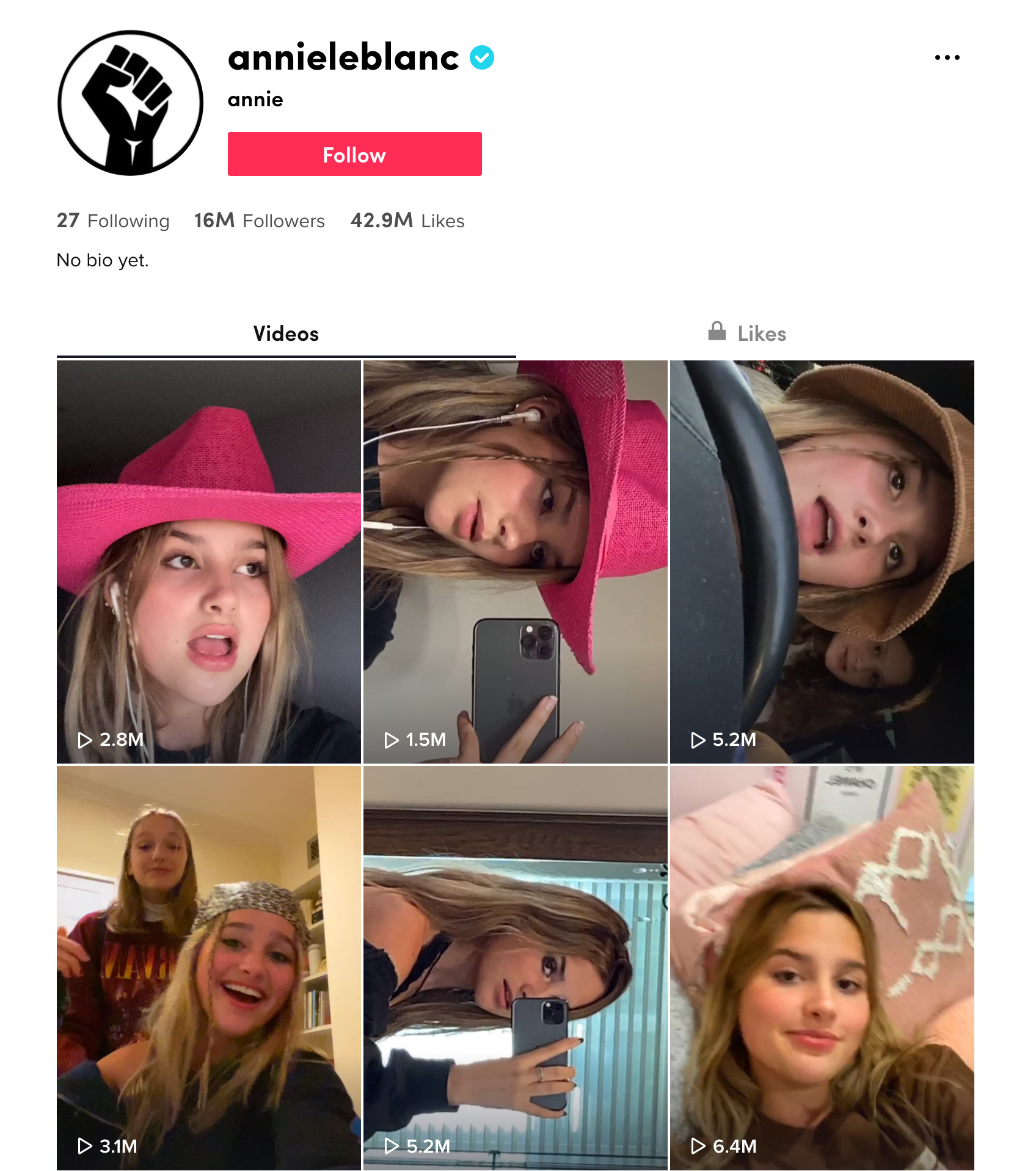 Jacob Sartorius first found fame on Musical.ly, which propelled him into the beginnings of his musical career. He also made headlines as the boyfriend of “Stranger Things” actress, Millie Bobby Brown. Although the duo broke up after seven months of dating, Sartorius remains a popular fixture in the social stratosphere as a singer and influencer.

Sartorius released “Sweatshirt,” his first single, in 2016. It hit the Billboard Hot 100 Chart in the United States and formed the foundation of his musical career. Although he has released several EPs that have charted in the U.S. and other countries, he’s still working to become well-known musically. 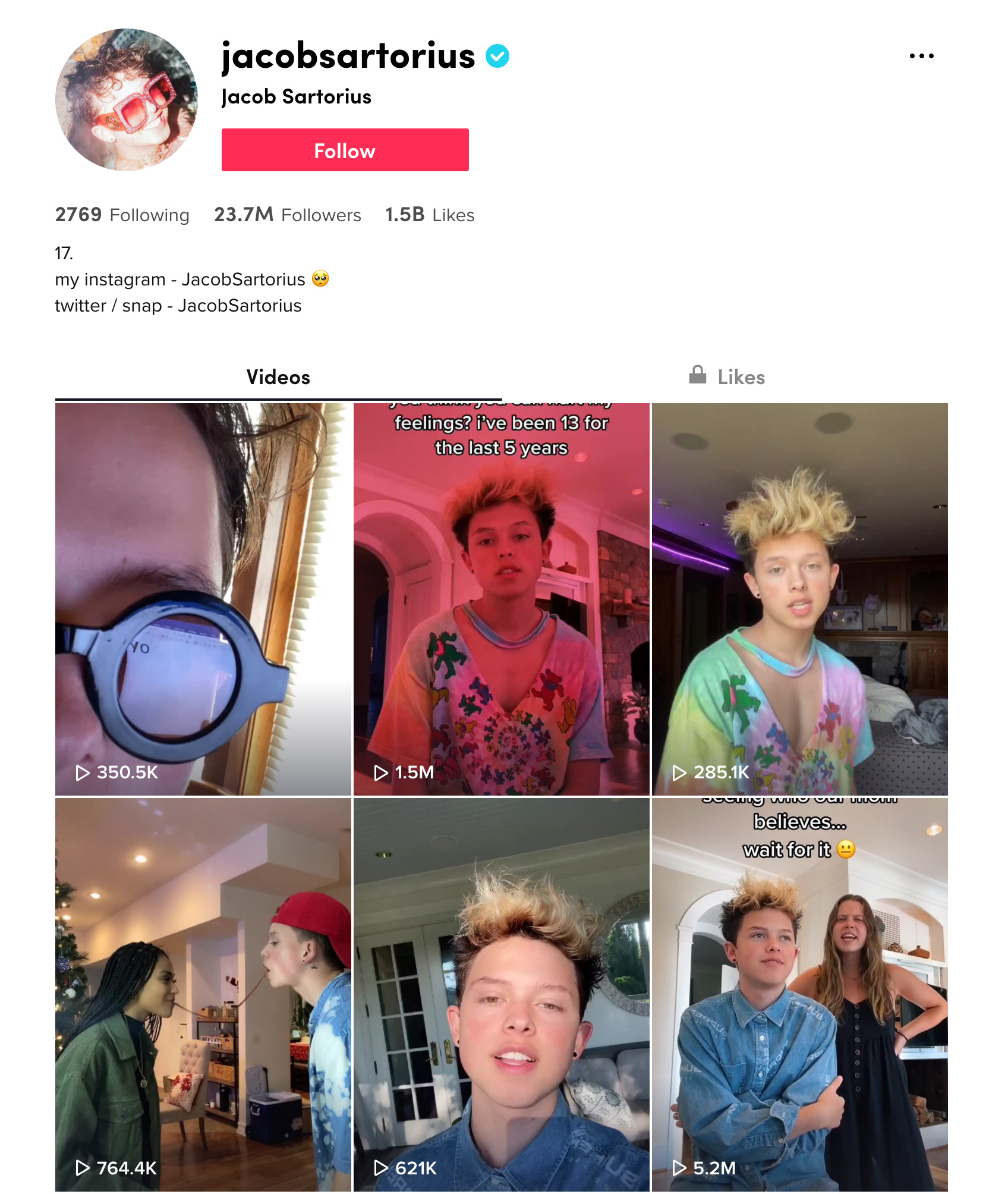 TikTok holds boundless appeal for music fans and people who enjoy short skits of all types. It boasts more than half a billion users worldwide, giving its stars a large platform on which to dance and create. Whether your brand is music-specific or looking to leverage the power that music brings to campaigns, collaborating with influencers like these can boost your visibility.

Two of the keys to maximizing any influencer campaign are partnering with the right influencers and partnering with an expert in the field. Curious about how IZEAx Discovery might help? Try it out for yourself to see how much easier your search for influencers could be.