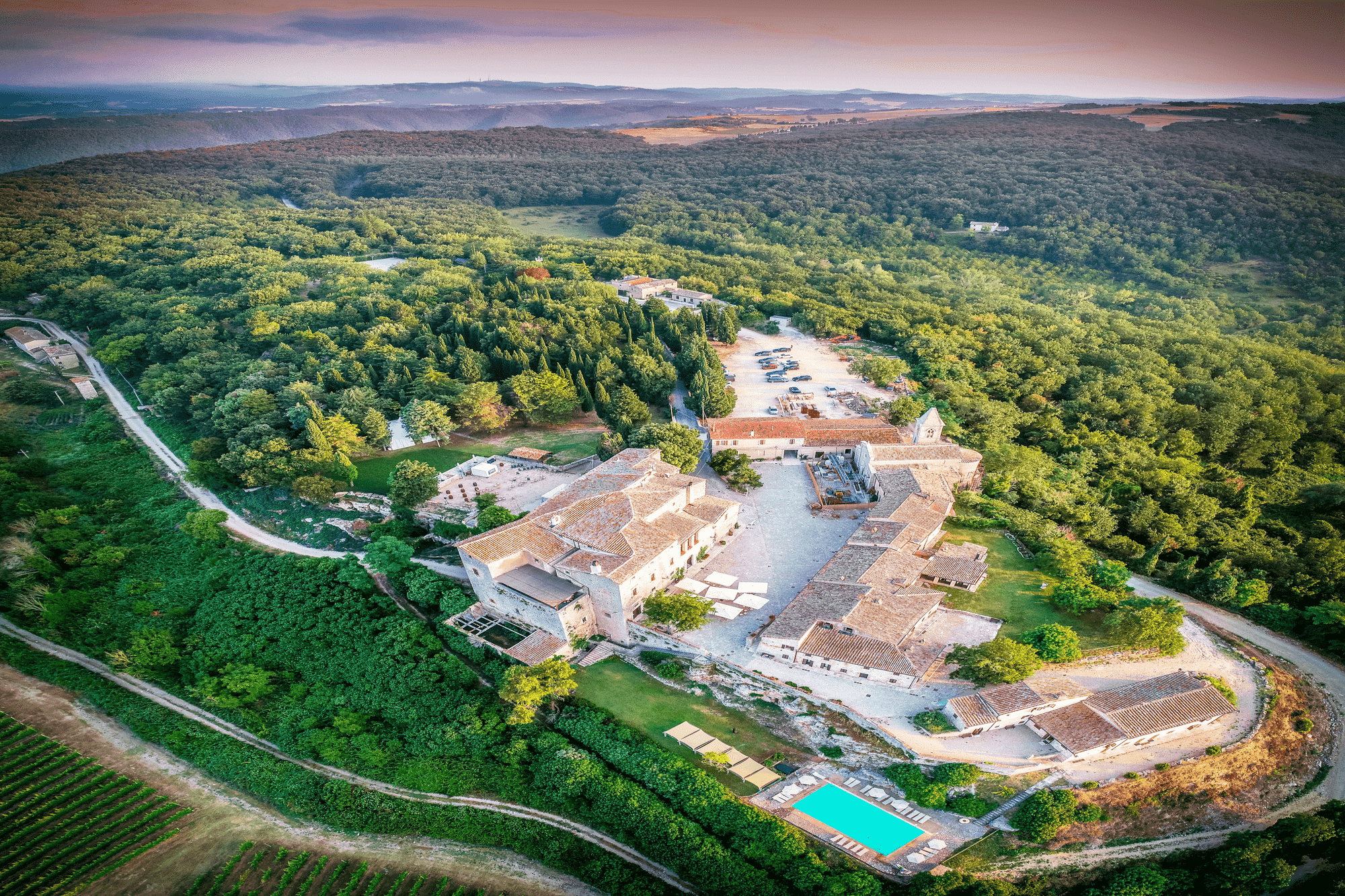 Aerial photography has changed dramatically since intrepid photographers took the first birds-eye view shots in the 19th and early 20th centuries. Those early aerial photographers climbed aboard hot air balloons and used kites and even homing pigeons to get their prized photos.

New York City-based Natalie Amrossi is a former financial analyst turned aerial photographer who has amassed 402,000 followers on Instagram. She shoots many of her shots from high above New York City, creating compelling perspectives of iconic structures like the Statue of Liberty. Amrossi has partnered with brands including Jaguar, Adidas, Nike, and Cadillac. 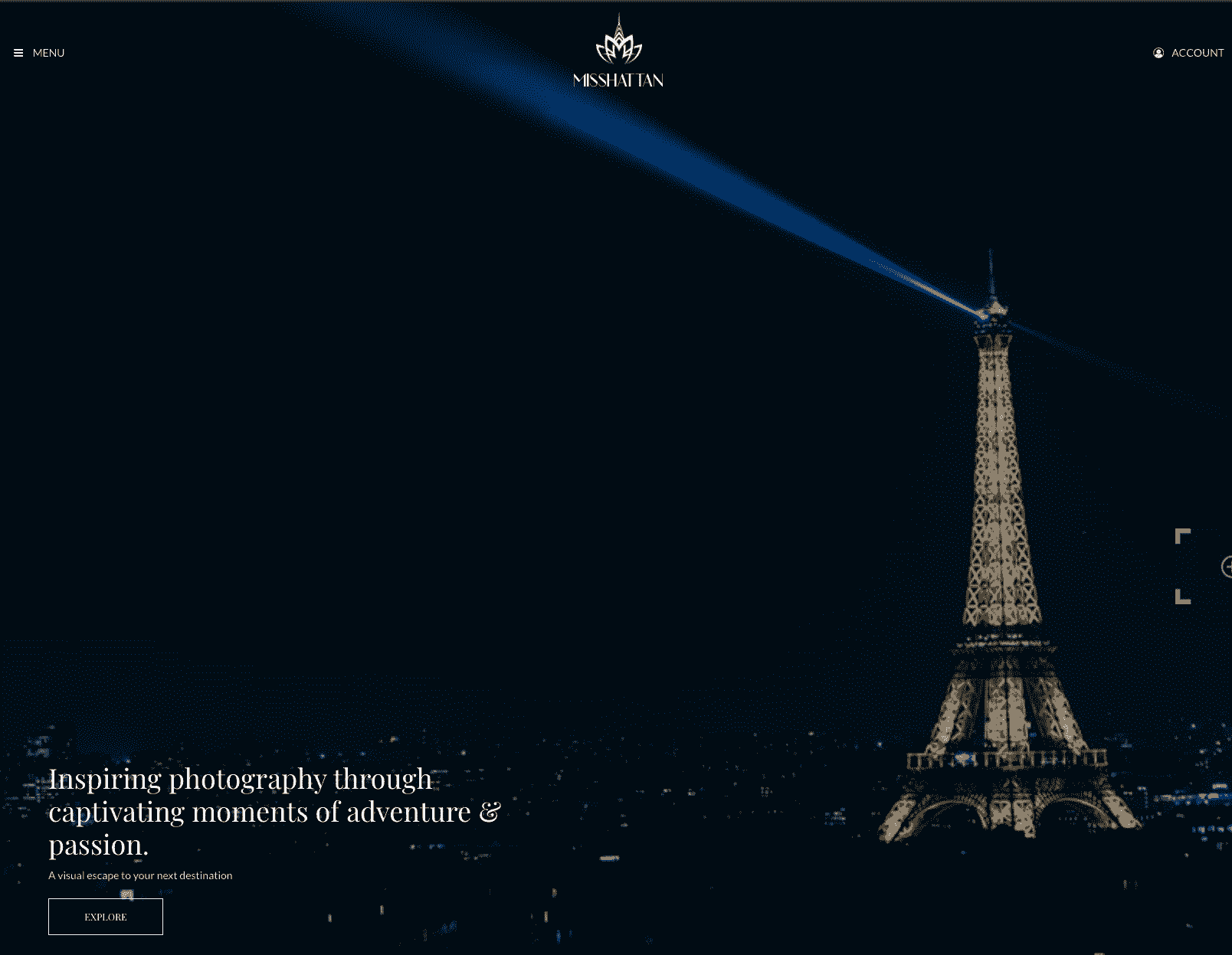 He also snaps aerial shots of solitary buildings within remote landscapes and aerial cityscapes of destinations such as Dubai and Stockholm. Hägg has collaborated with brands including Fjällräven. 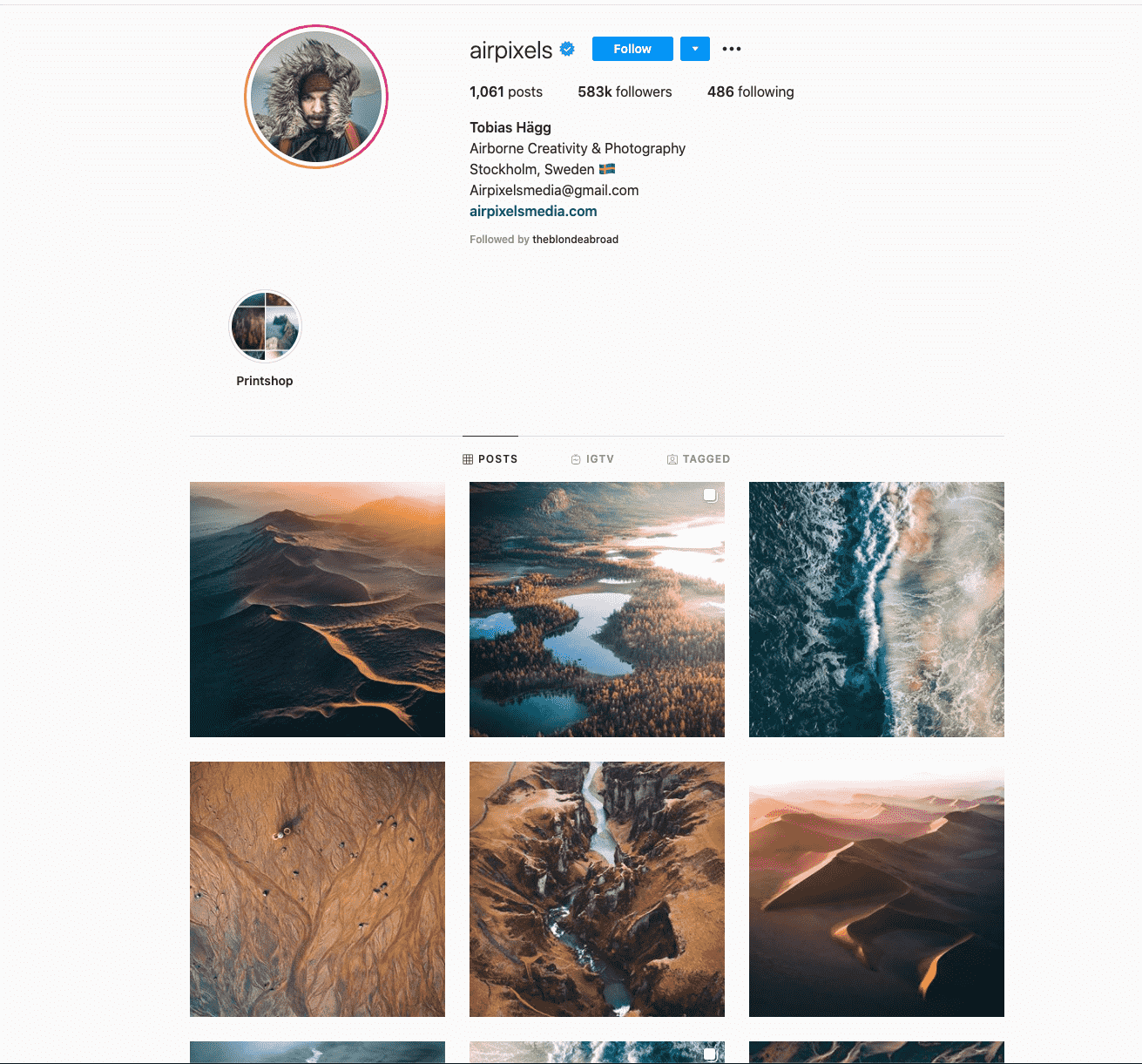 What makes Teo’s visual accomplishments even more impressive is the fact that he’s colorblind. With close to 64,000 followers on Instagram, Teo’s shots focus on modern iconic architecture, including buildings like Singapore’s Marina Bay Sands and Bangkok’s Mahanakhon Tower. 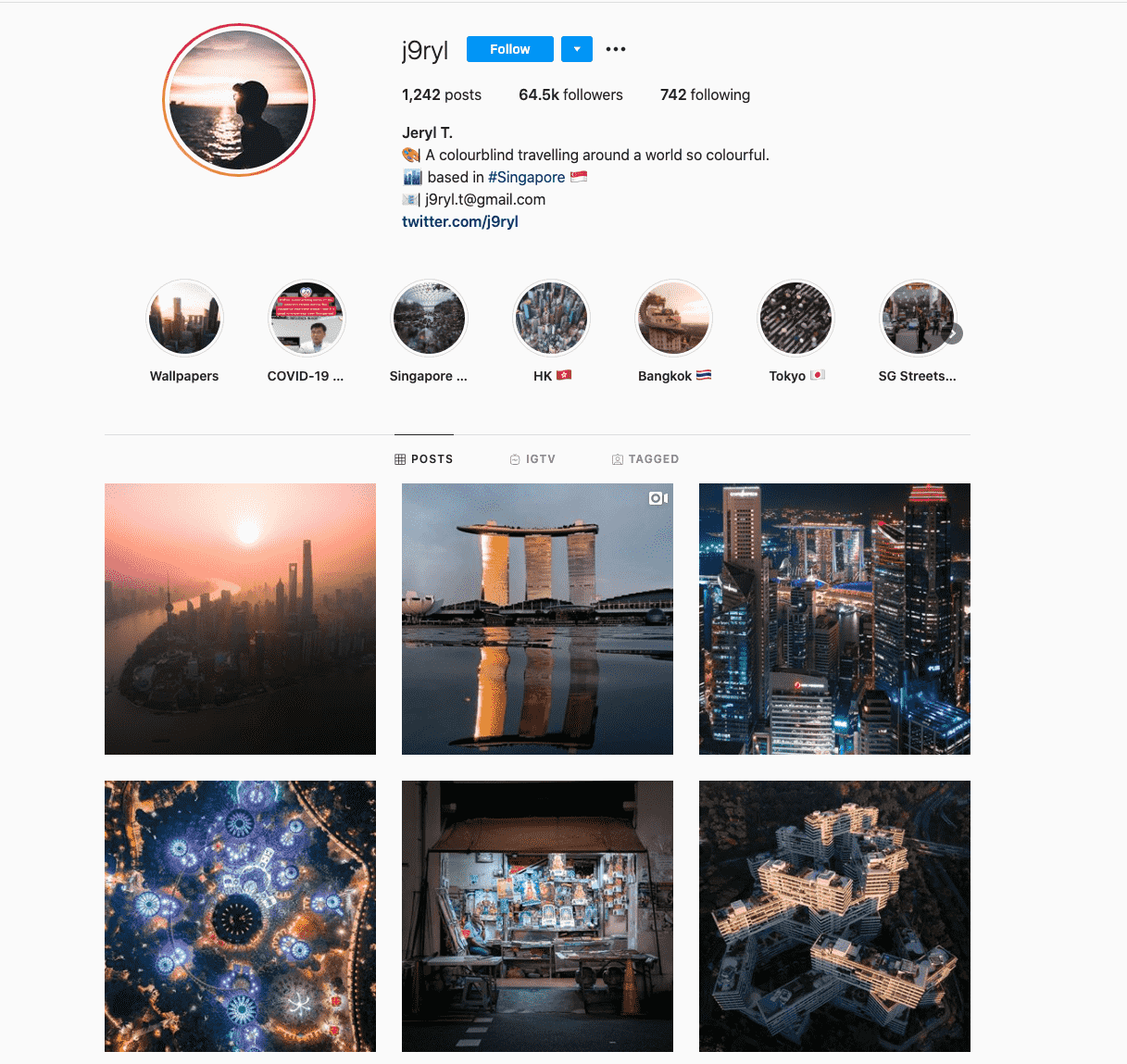 With close to 62,000 followers on Instagram, aerial photographer Tommy Clarke is also a director. He has also published the photo book Up in the Air, a collection of his aerial shots taken from helicopters over six years. He sells prints of his work online as well as at his London studio. 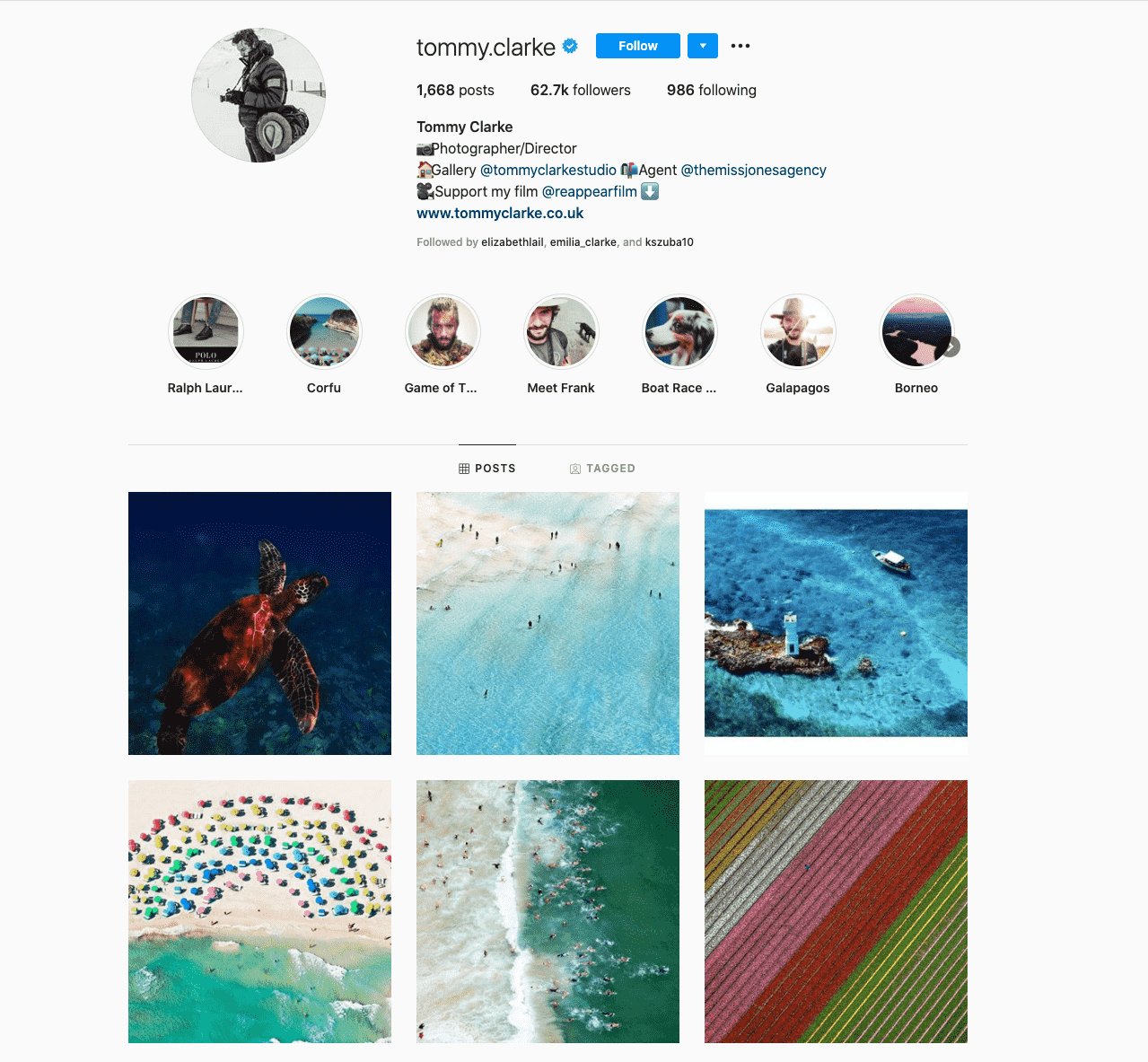 With 49,500 followers on Instagram, aerial photography influencer Sandrine Hecq is based in Western Australia. Her photos range from ocean shots in vivid blues to one of an enormous whale playing in the waters off of Cape Town, South Africa.

Hecq is an ambassador for the online community Women Who Drone, which has partnered with Getty Images. Hecq has collaborated with brands including Polar Pro, Bombshell Sportswear, and Visit Seychelles. 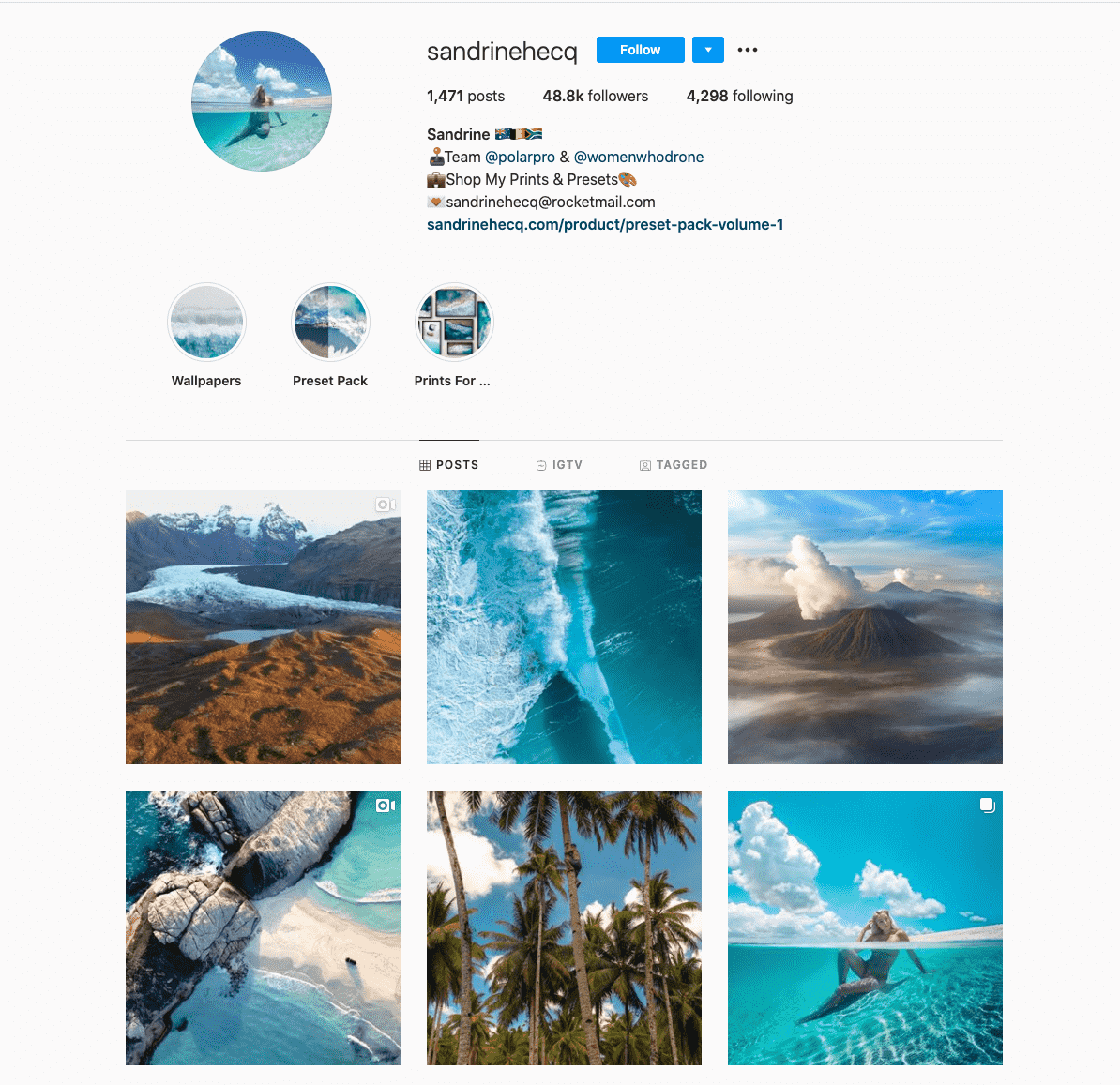 Dubai-based Huda Bin Redha is an aerial photography influencer who is a whiz with a drone and also happens to be a lawyer. Her stunning shots range from the twisting mountain roads of Oman to the dunes of the Liwa Desert in the United Arab Emirates. She has attracted 36,500 followers on Instagram. 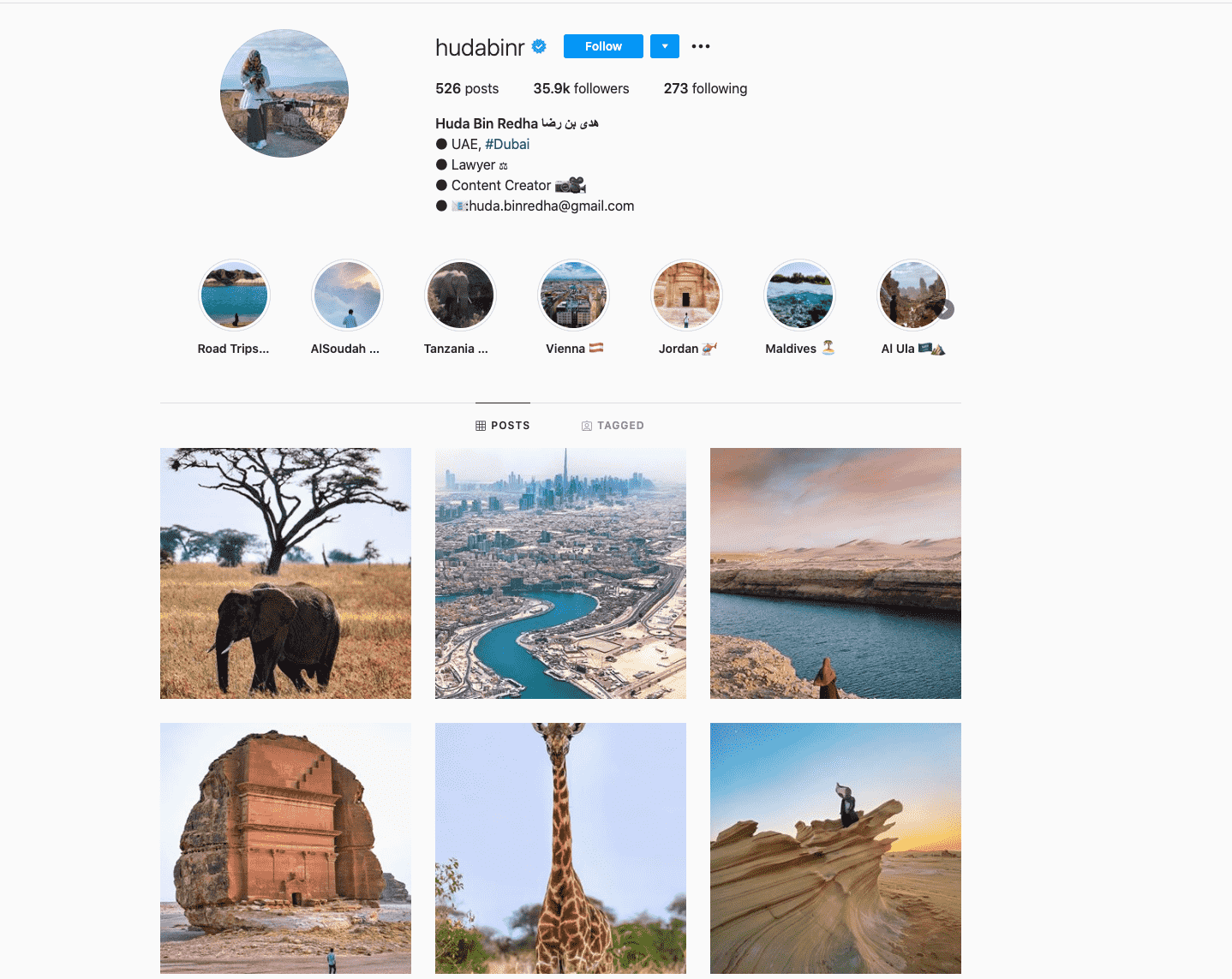 With close to 32,000 followers on Facebook and 35,500 followers on Instagram, Dimitar Karnikolov is a UK-based architect and award-winning photographer. Karnikolov’s work has been featured in publications including Lonely Planet, Vogue and National Geographic. The subjects of his powerful aerial shots range from a woman walking alone on a beach to colorful landscapes in Bali and temples in Myanmar. He’s also the founder of Meshroom, a 3-D illustration studio. 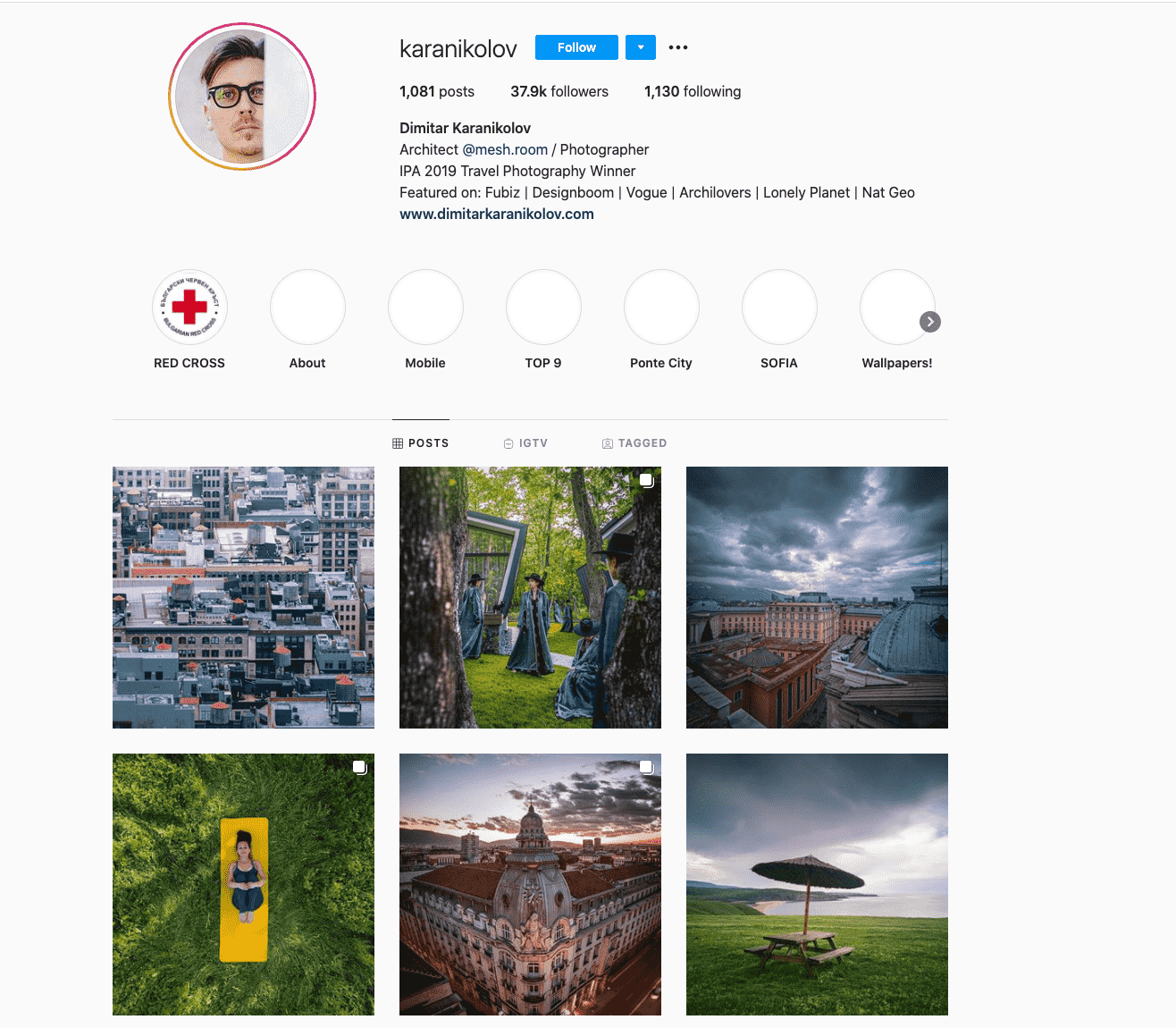 With more than 35,000 followers on Instagram, German aerial photographer and influencer Tom Hegen focuses on the relationship between people and nature. Whether photographing receding glaciers in Iceland, stark snowy landscapes or sea salt production plants in France, Hegen has a keen eye for captivating shots. He has won industry acclaim, including the DJI Drone Photography Award, for his work. 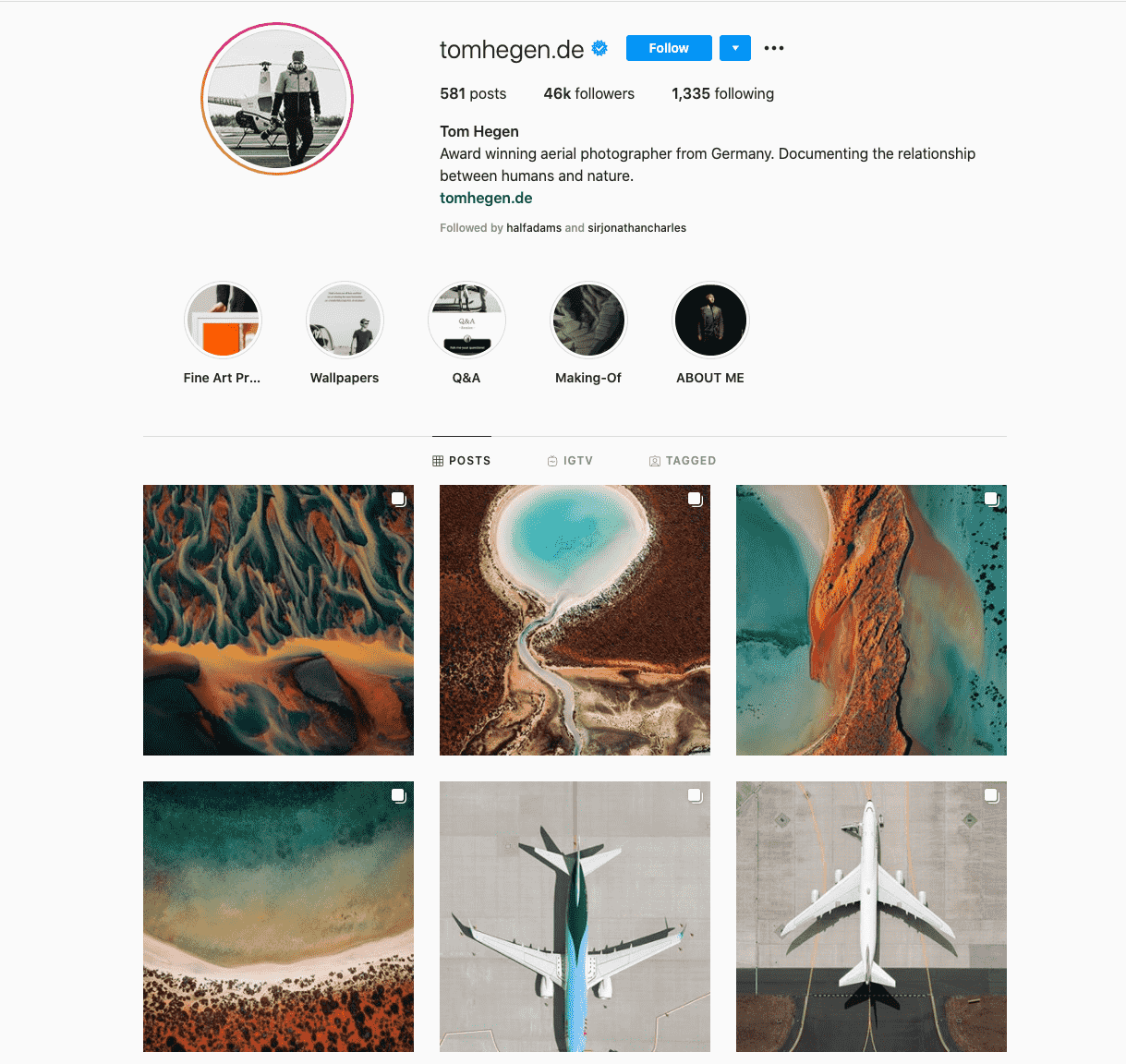 Steinmetz has won awards from World Press Photo, the Alfred Eisenstaedt Awards, and the Overseas Press Club. Based in Glen Ridge, New Jersey, he has been featured in publications including National Geographic. 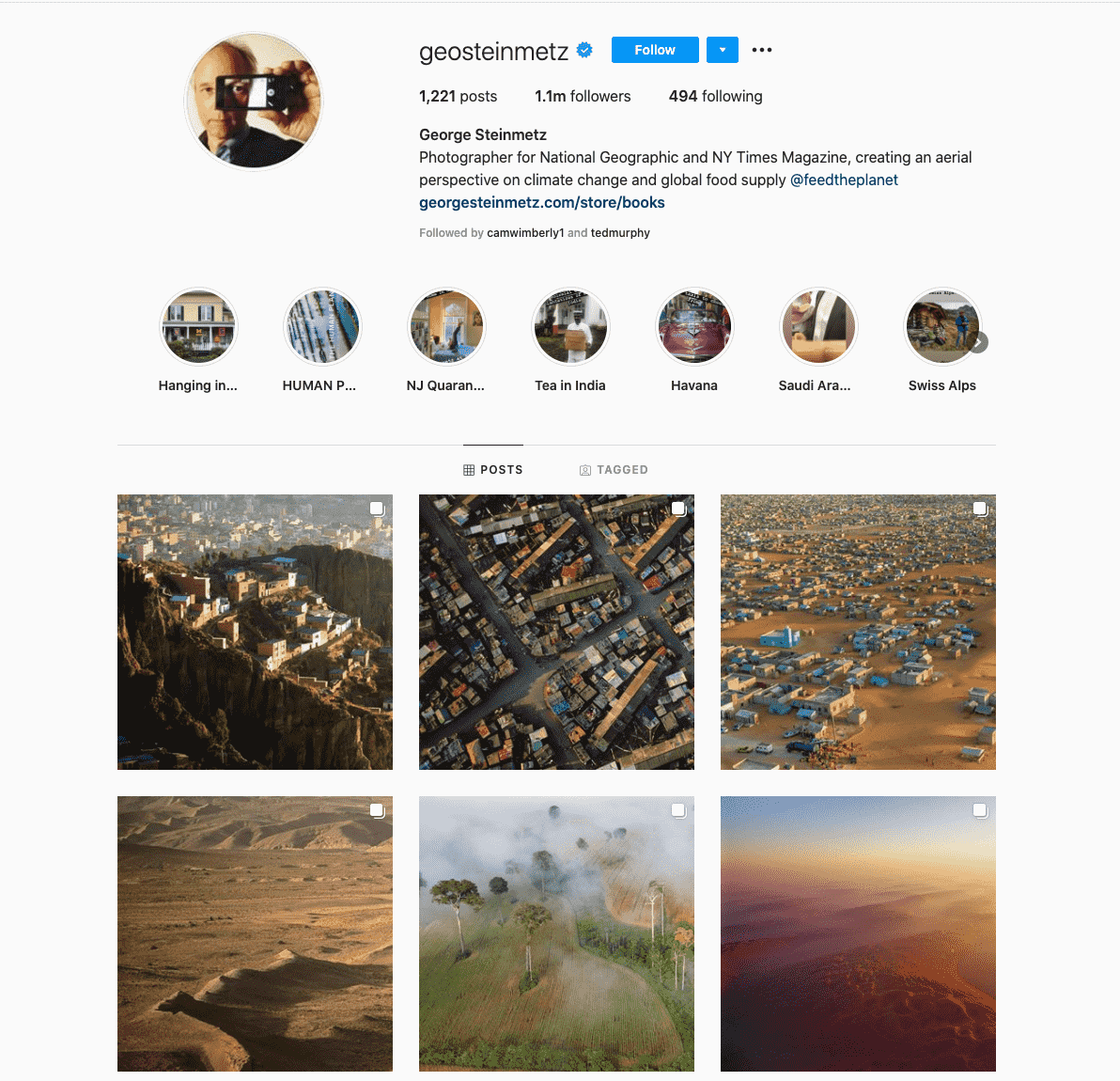