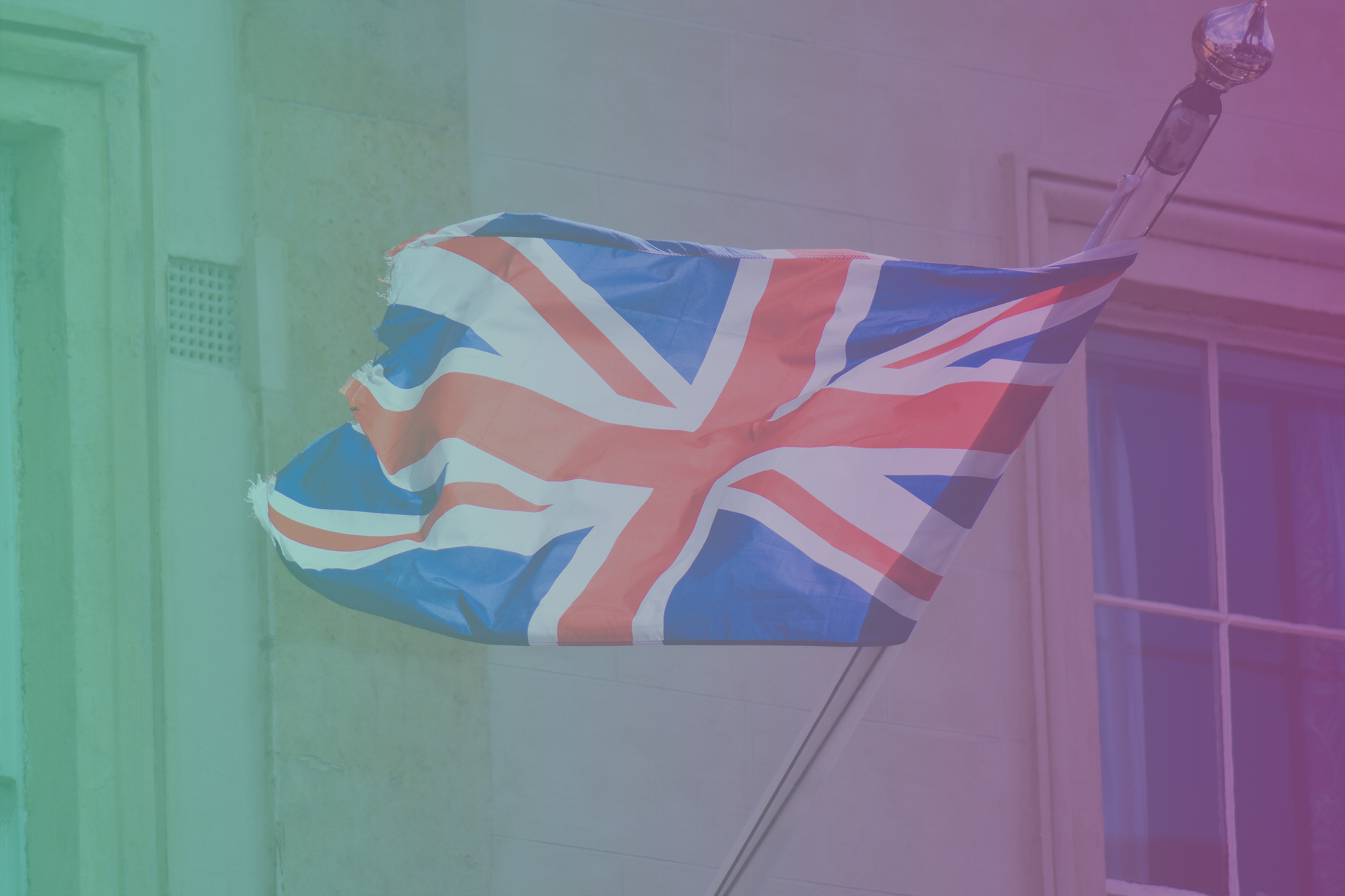 YouTube gives viewers access to content from every corner of the globe — yes, even the United Kingdom. What do Britain’s finest content creators have to offer? Their videos offer up everything from video game reviews and pranks to makeup tutorials and travel advice. We’ve compiled a list of British YouTubers who can provide you with hours of entertaining and informative video content.

Daniel Middleton, DanTDM, is a British YouTuber who has amassed an audience of more than 22 million subscribers. Most of those subscribers tune in for his gaming content, as he regularly shares video commentary about the wildly popular game Minecraft. Although that game seems to be his go-to title, he also creates content focused on games like Fortnite and Pokemon.

In addition to vlogging about games, Middleton is an author of a graphic novel called “DanTDM: Trayaurus and the Enchanted Crystal.” The graphic novel debuted in 2016 and featured art by Doreen Mulryan and Mike Love. 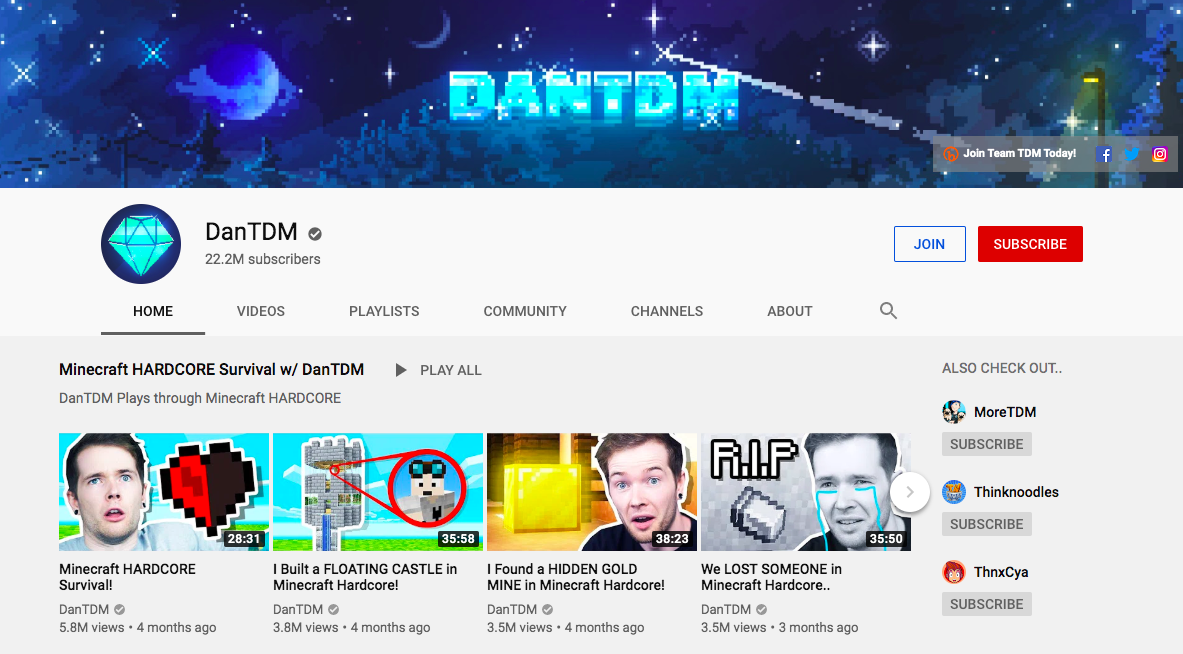 Olajide William “JJ” Olatunji goes by KSI on YouTube, where he entertains more than 20.7 million subscribers. He started his channel in 2009, and back then he mostly focused on video game content. Since then, he’s branched out into music and is now known for his rap music. He’s released multiple EPs, such as “Disstracktions” and “Jump Around,” and a collaborative album called “New Age.”

His success in music hasn’t stopped him from maintaining a strong YouTube presence. His account is home to comedy sketches, video game commentary and his latest musical hits.

In August 2018, KSI faced Logan Paul, another popular yet controversial YouTuber, in a boxing match that streamed on YouTube. The rematch took place in November 2019, but it wasn’t streamed on YouTube due to piracy concerns. Instead, it aired on DAZN. 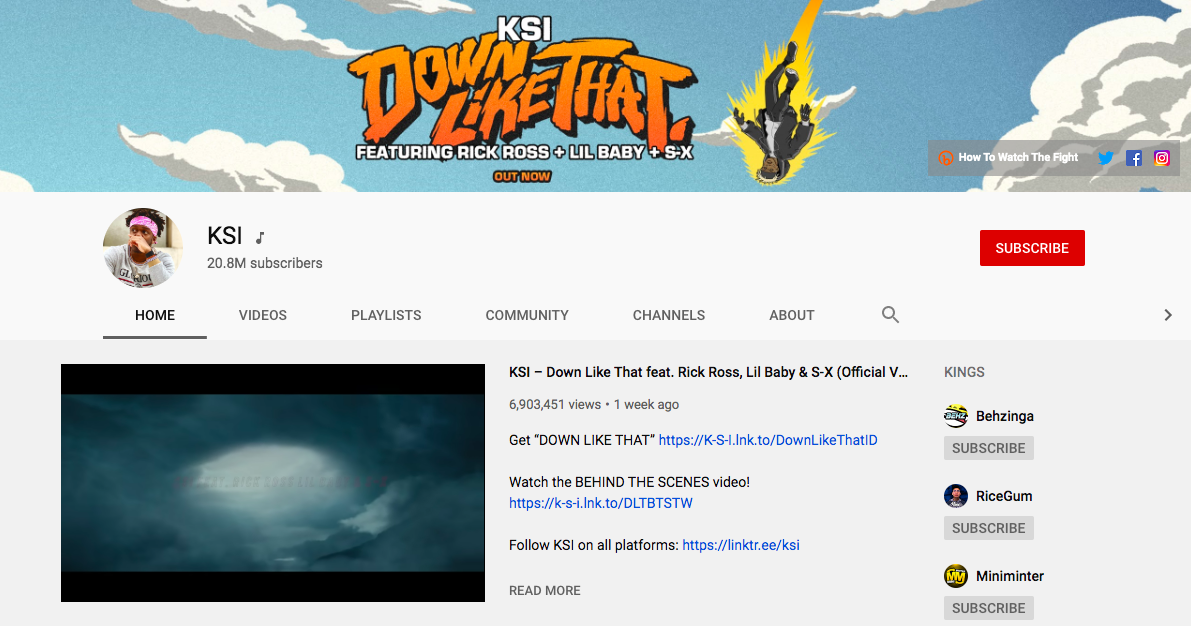 His most popular channel, ThatcherJoe, has more than 8 million subscribers, and it showcases all sorts of entertaining prank videos and ridiculous challenges.

The second-most popular channel, ThatcherJoeVlogs, has more than 3.5 million subscribers, and, as the name implies, offers a more personal (but still humorous) look at Sugg’s life. 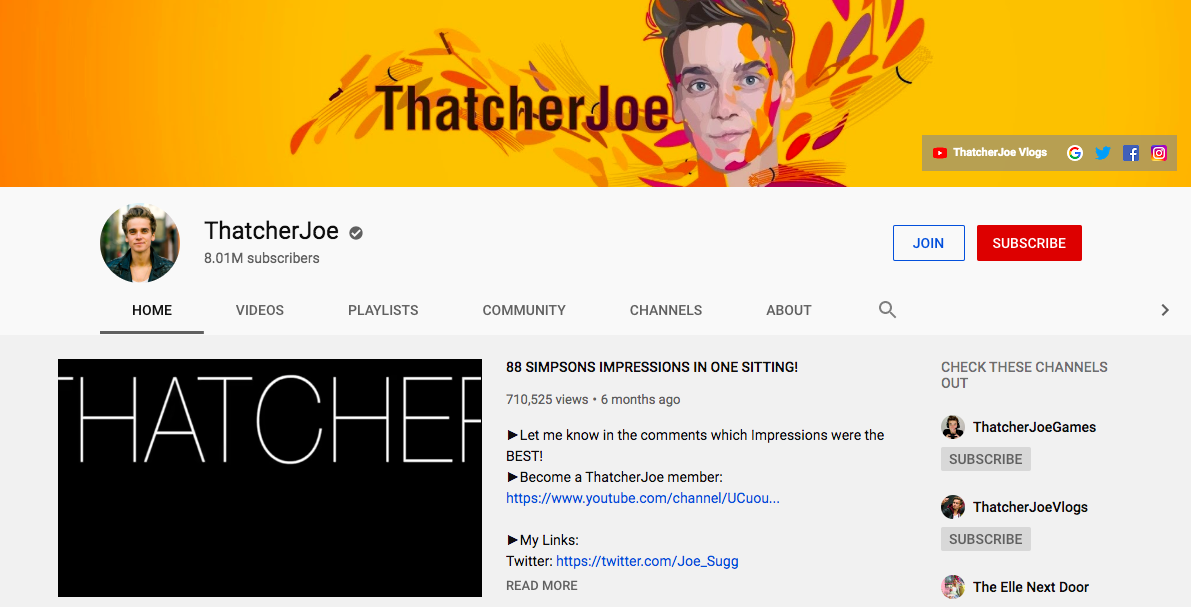 Joe isn’t the only member of his family who has a knack for attracting a crowd. Zoe Sugg, his younger sister, is also a popular YouTuber. Her channel, Zoella, has 11.6 million subscribers. While her brother is busy with pranks, Zoella’s content focuses more on fashion, style, beauty and hair.

She has a second account called MoreZoella, which features vlogs and bloopers, so her audience can get a more personal look into her life. Her second account has more than 4.8 million subscribers. 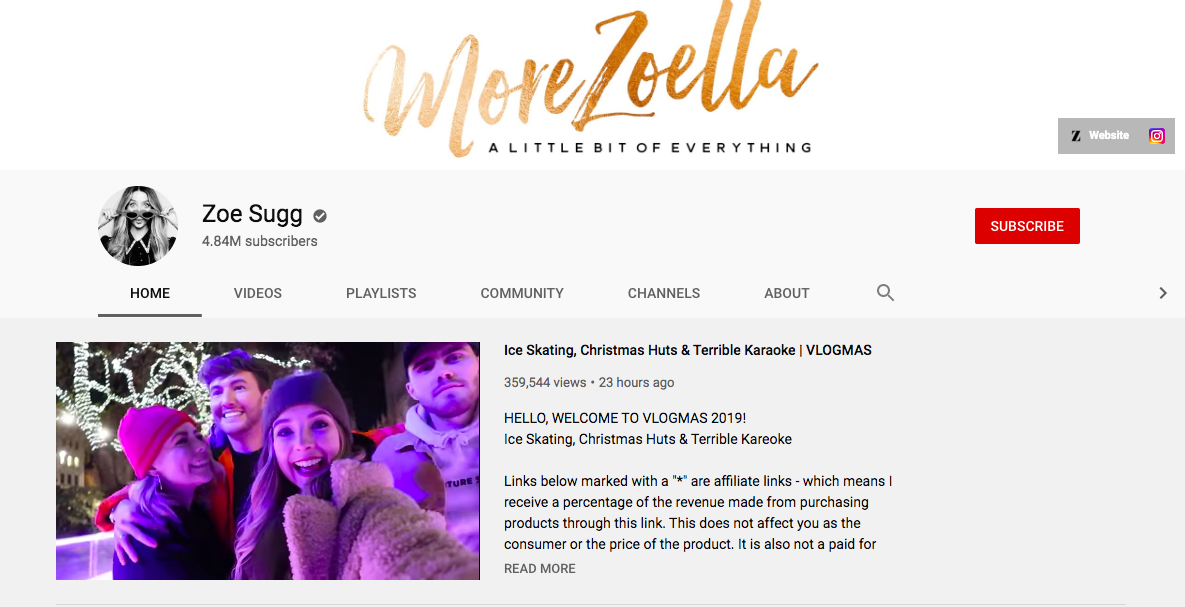 In 2010, Patricia Bright began vlogging on her YouTube channel BritPopPrincess. Her content creation efforts would eventually lead her to leave behind a job as a business analyst consultant.

The career shift paid off. Now, more than 2.8 million subscribers follow along with her makeup and hair tutorials. But Bright doesn’t limit herself to the beauty niche. She also has videos that touch on fitness and general health. 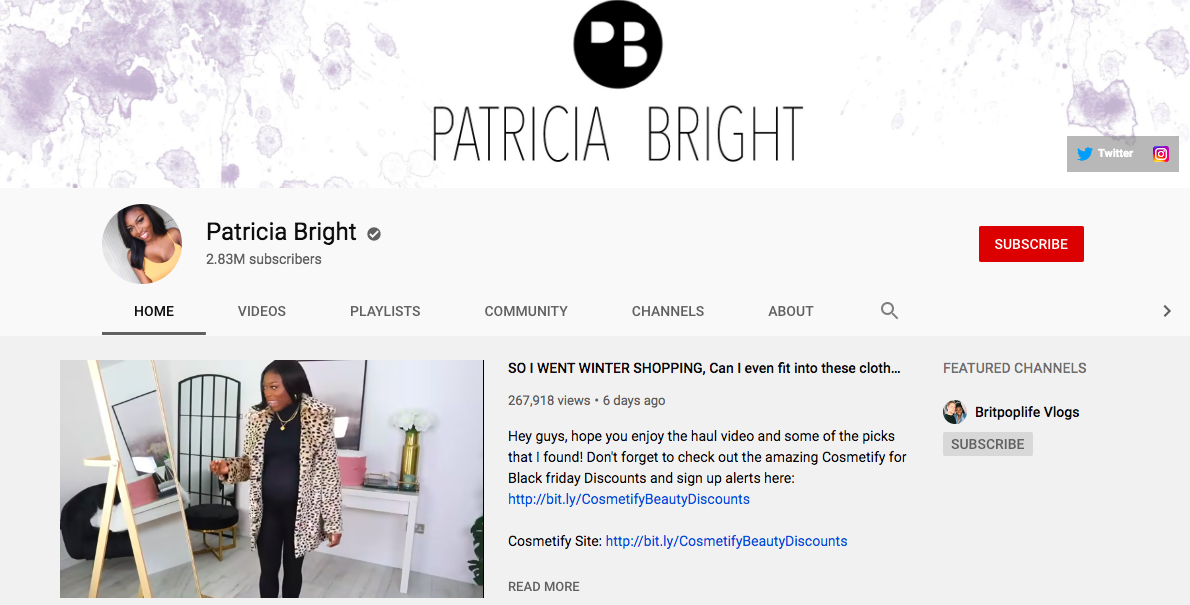 Even kids can find fame on YouTube. Emily Cozmiuc became YouTube famous when her parents started sharing videos of her with relatives online. Her relatives weren’t the only ones who enjoyed the videos, and now Cozmiuc has a following of more than 10.2 million subscribers.

What kind of content could a kid possibly focus on? Most of the videos on Emily Tube are about toys, of course. Viewers can find short but cute content such as “Picnic With My Baby Dolls” and “Playing With Cool Power Wheels.” Emily’s three sisters also appear in some of the videos, and together they’re proof that the influencer game isn’t just for adults. 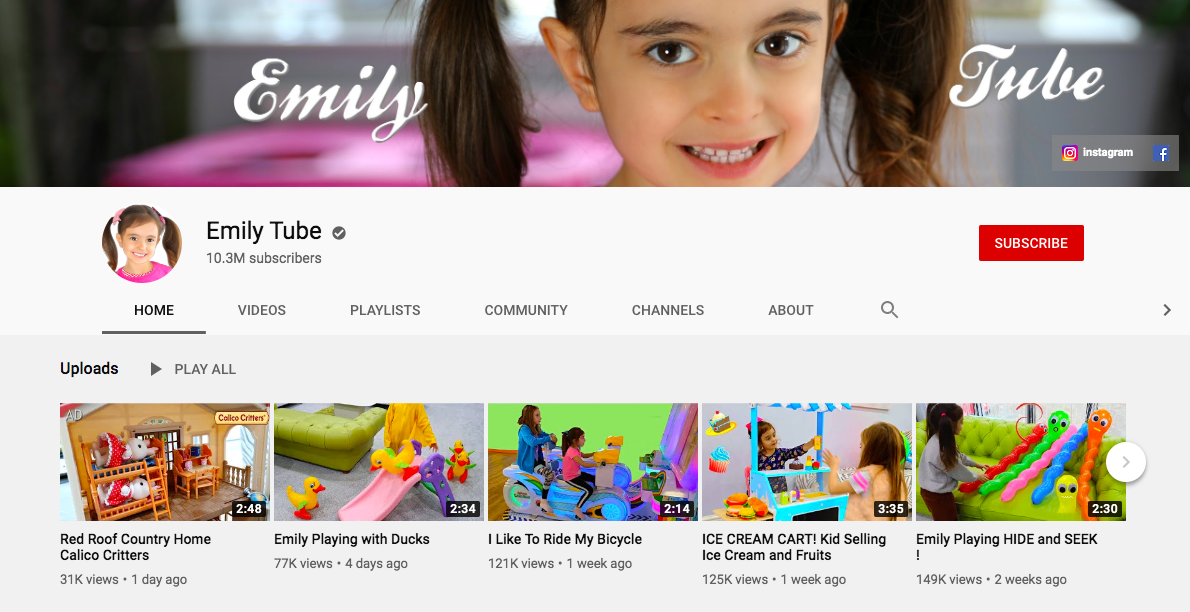 Travel influencer Louis Cole is the star of the YouTube channel FunForLouis. More than 2 million subscribers follow his adventures across the globe to places like South America and Africa.

For this former DJ, the journey started in his homeland of the United Kingdom. One of his recorded adventures involved traveling across the U.K. in a double-decker bus back in 2012. 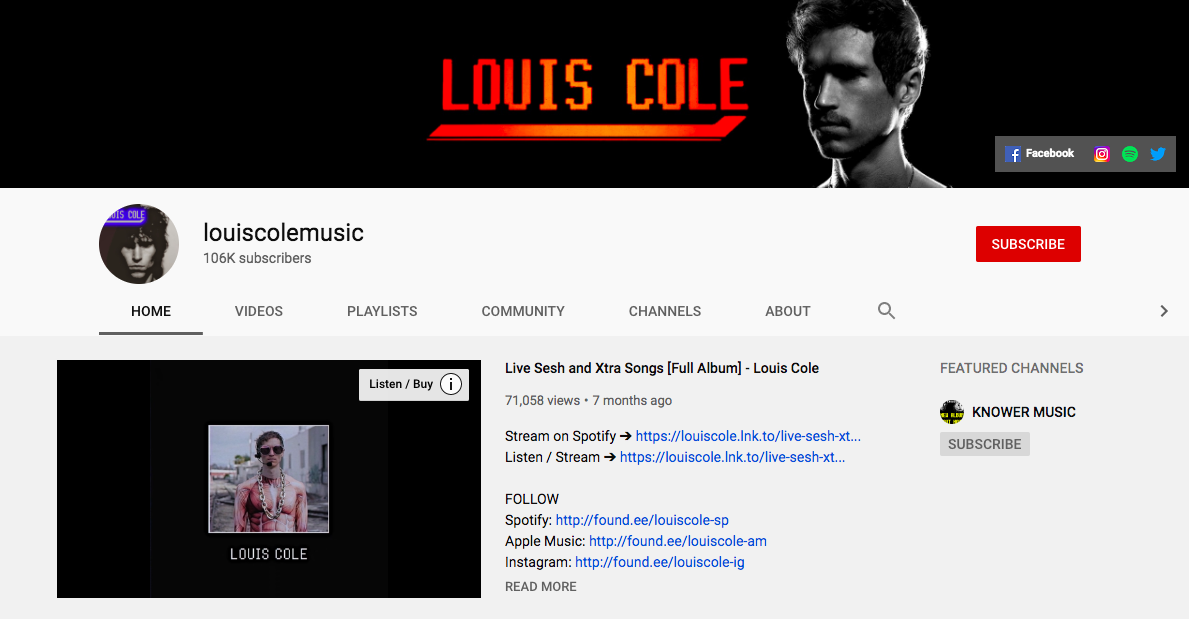 Although these YouTubers hail from the United Kingdom, you can find influencers who come from any number of countries. And the most successful content creators use their talents to pull in viewers from all over the world.