Released June 20, 2018, IGTV is in its infancy. IGTV differs from Instagram Videos because these videos can be up to one hour long instead of 15 seconds. It differs from other video uploading sites because it’s designed for vertical format videos only. Millions of users have uploaded content to the platform. Check out these top IGTV channels to see how creators are connecting with their followers. 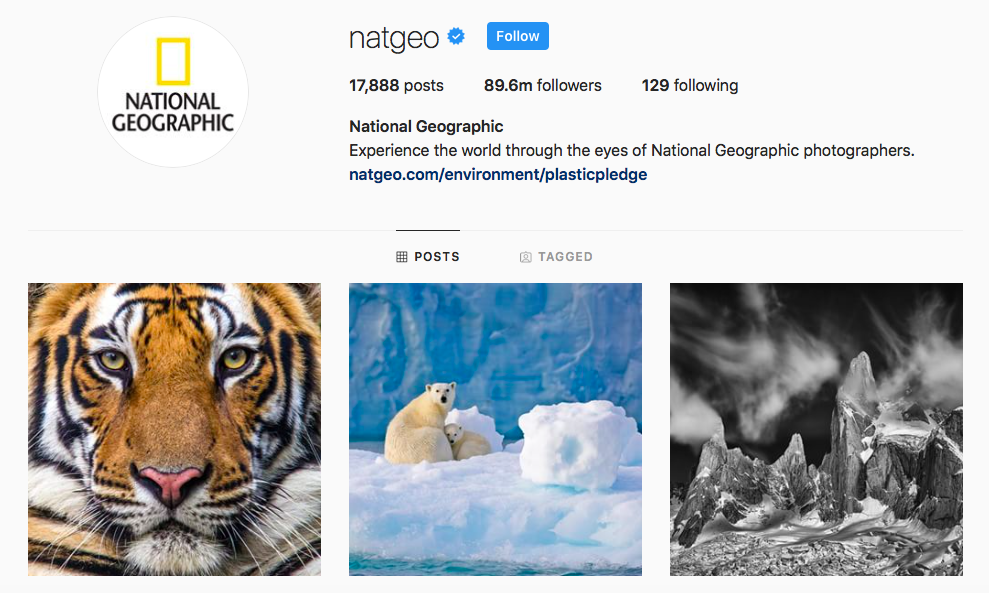 With 89.6 million followers, National Geographic is one of the biggest brands on Instagram. It was the first to create a 48-minute long documentary in vertical format exclusively for its top IGTV channel. “One Strange Rock” is hosted by Will Smith and has had more than 1.3 million views. 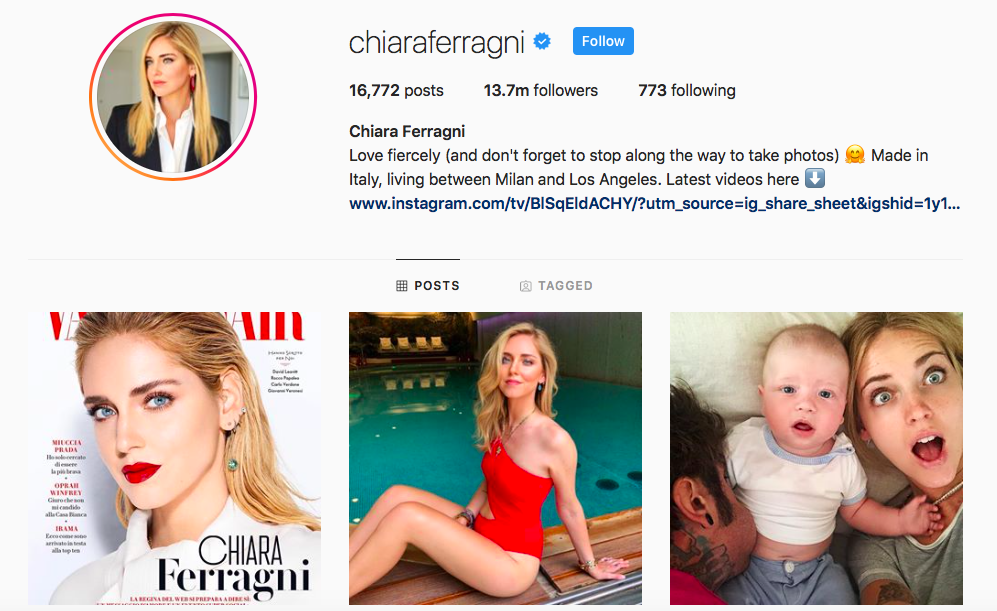 Chiara Ferragni is an Italian fashion blogger and one of the most influential on Instagram with 13.6 million followers. She was one of the first to jump into using IGTV, and her channel is one of the top IGTV channels out there. She offers a behind-the-scenes look into her life on her channel and her videos rack up millions of views. 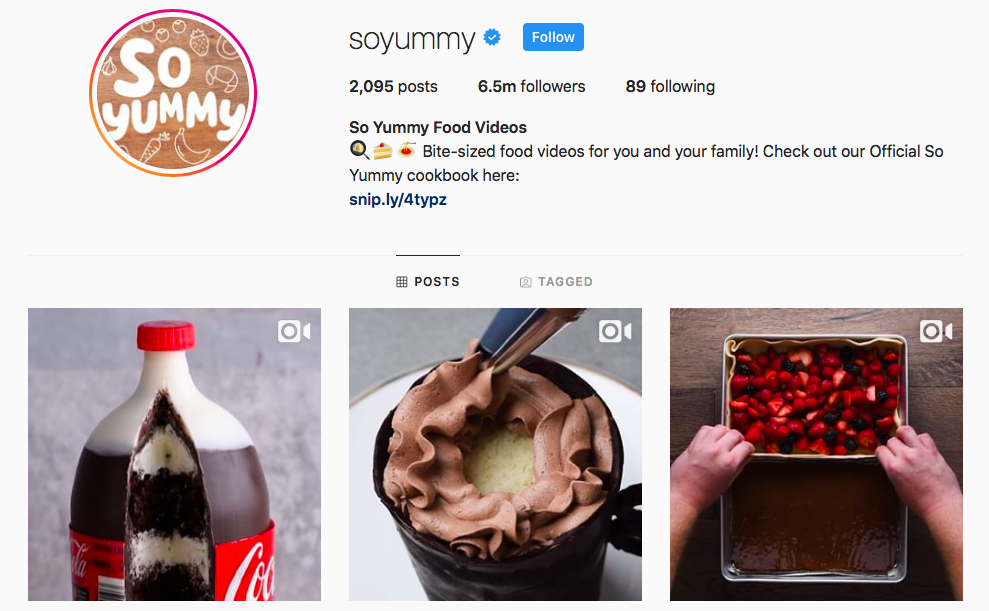 So Yummy Food Videos has been sharing short cooking videos and photos on Instagram for years. The So Yummy channel shares new recipes and longer versions of some of their fan favorites. With more than 6.5 million followers, So Yummy is one of the top IGTV channels on Instagram. 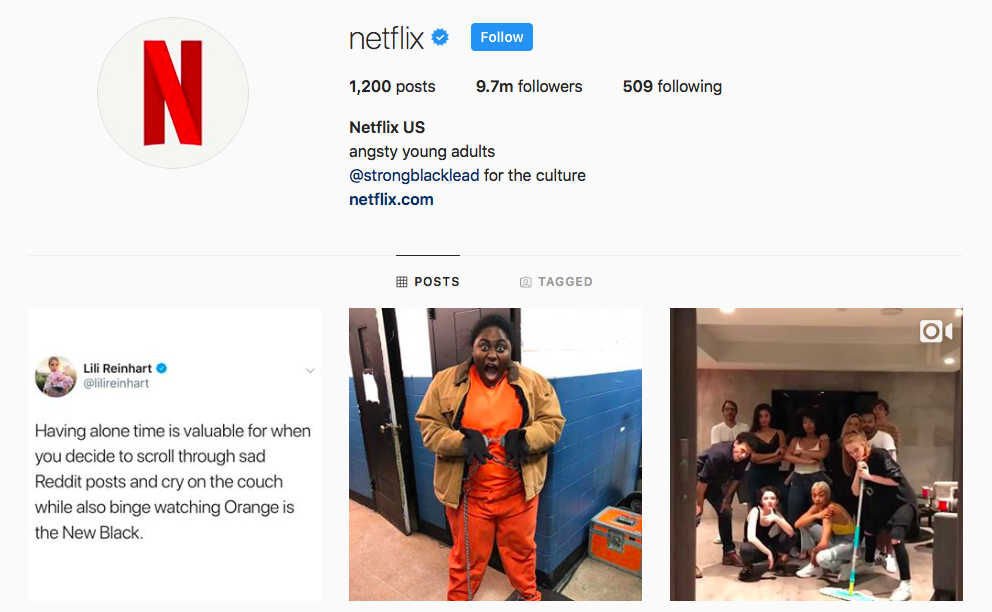 Netflix is just getting started with IGTV but is already captivating audiences. The first upload to the company’s top IGTV channel was a one-hour long video of “Riverdale” star Cole Sprouse eating a hamburger. The video has racked up close to a million views so far. 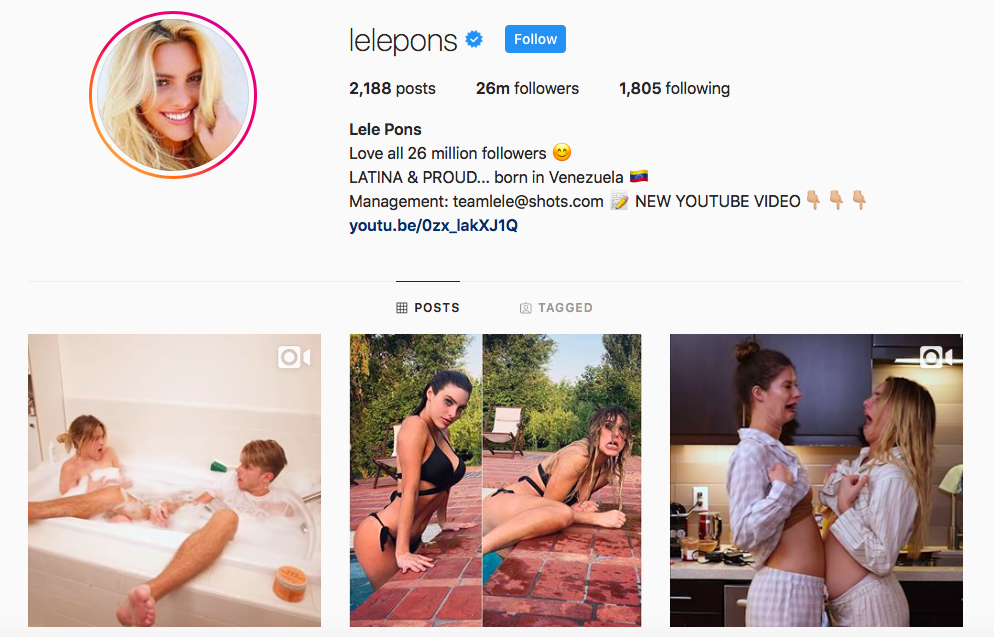 Lele Pons made a name uploading videos on the now-defunct Vine. She has millions of subscribers on YouTube and helped Instagram with launching IGTV. On her top IGTV channel, she uploads her show “What’s Cooking with Lele Pons,” which is a comedy cooking show featuring other stars and friends. 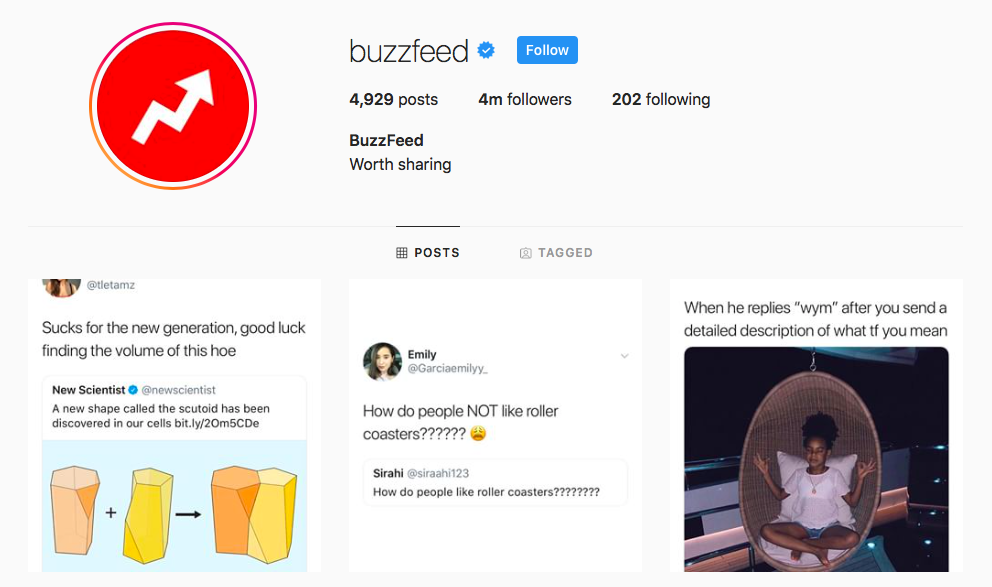 Buzzfeed hit the ground running with the launch of IGTV. The digital media company has a reach of four million followers on Instagram who love the informative, funny, and relatable content. This top IGTV channel features videos about trending topics as well as videos solely for entertainment. 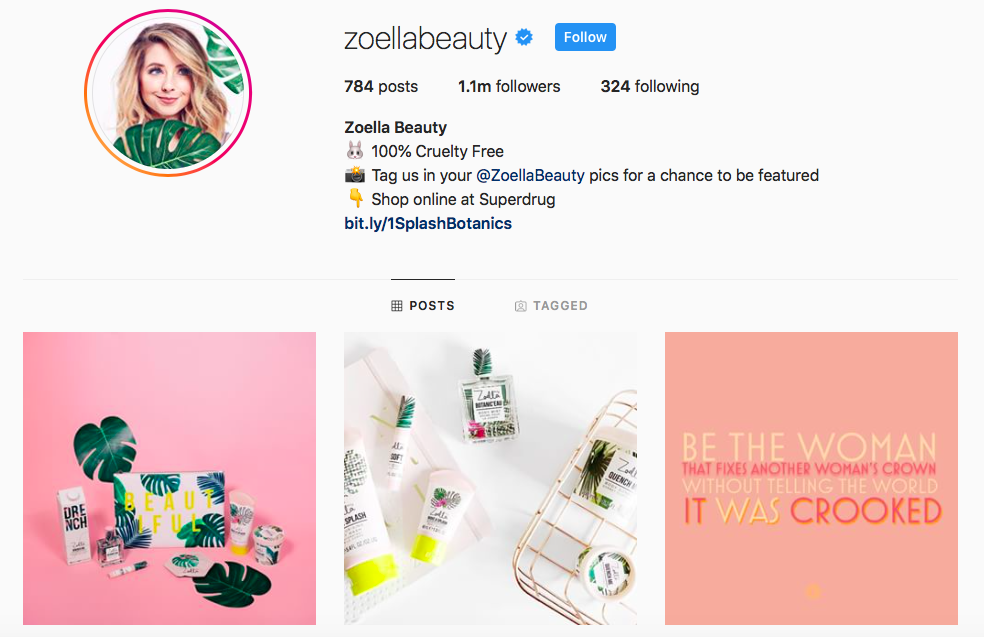 Zoella is one of the biggest beauty vloggers on YouTube with more than 12 million subscribers. Millions of people all over the world follow her for product reviews and beauty tips. She offers more of this content on Zoella Beauty, which is one of the top IGTV channels. 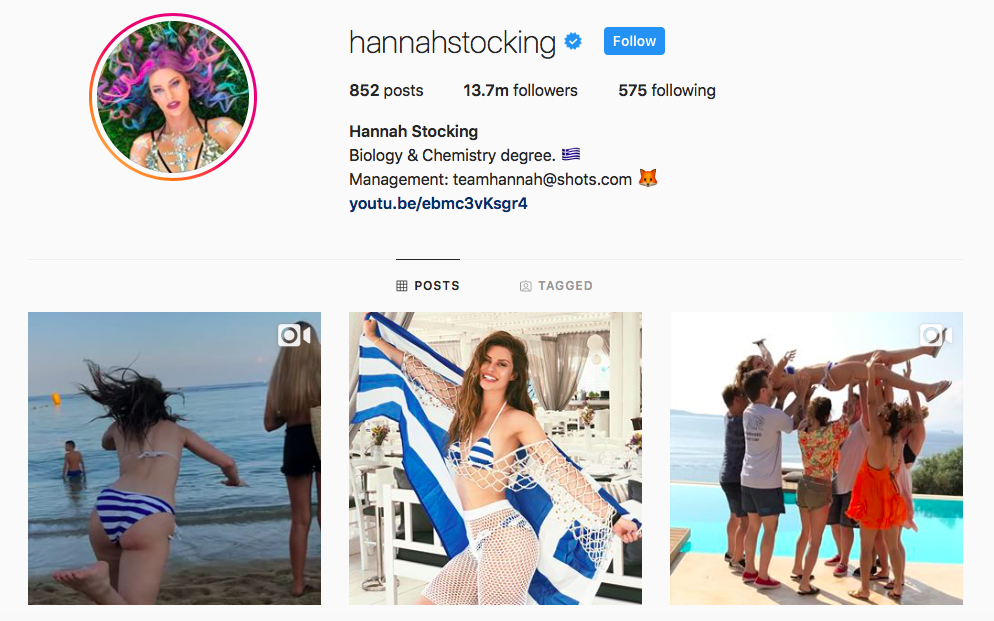 Hannah Stocking is another Vine star turned YouTube star who creates content just for her top IGTV channel. Her show “The Science of Beauty” gives viewers a scientific look at beauty products in a humorous way. She has 13.6 million Instagram followers. 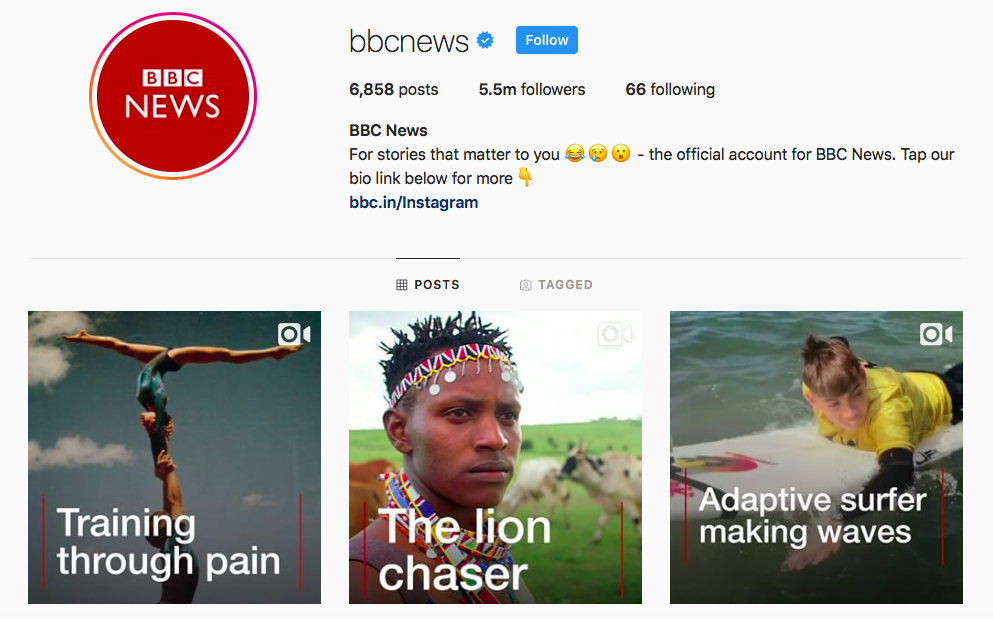 More than 5.4 million people follow BBC News on Instagram to keep up with the media outlet’s reports. The news outlet has posted video stories on a regular basis to its top IGTV channel since the launch. Their IGTV allows followers to keep up with stories from around the world. 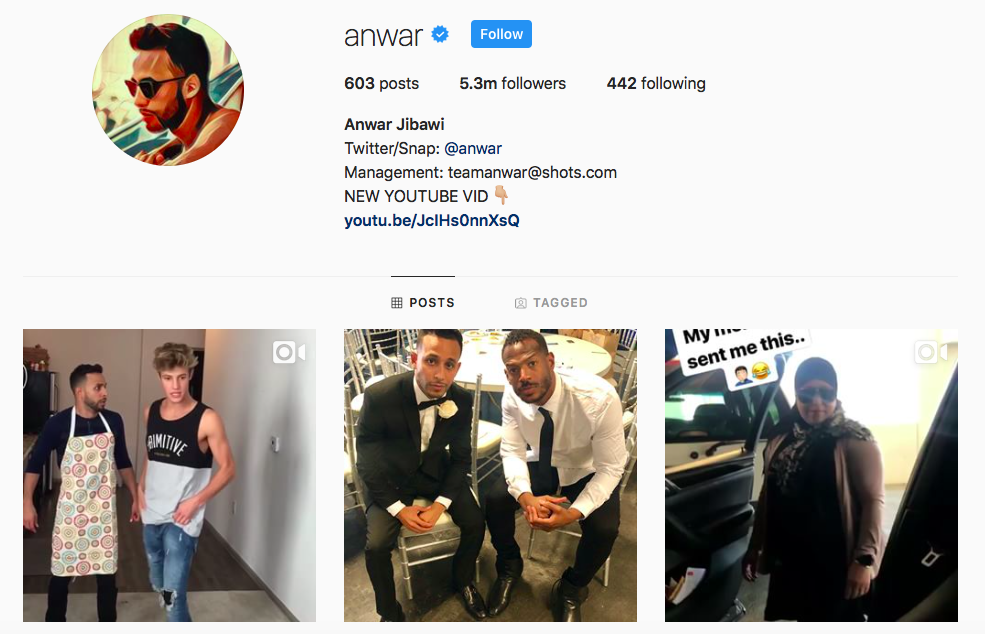 Anwar Jibawi is a social media comedian with over 5.3 million Instagram followers. He uploads funny video content to YouTube and has created a series for his top IGTV channel. In  “One Star with Anwar” he reviews badly rated products and offers lots of laughs. 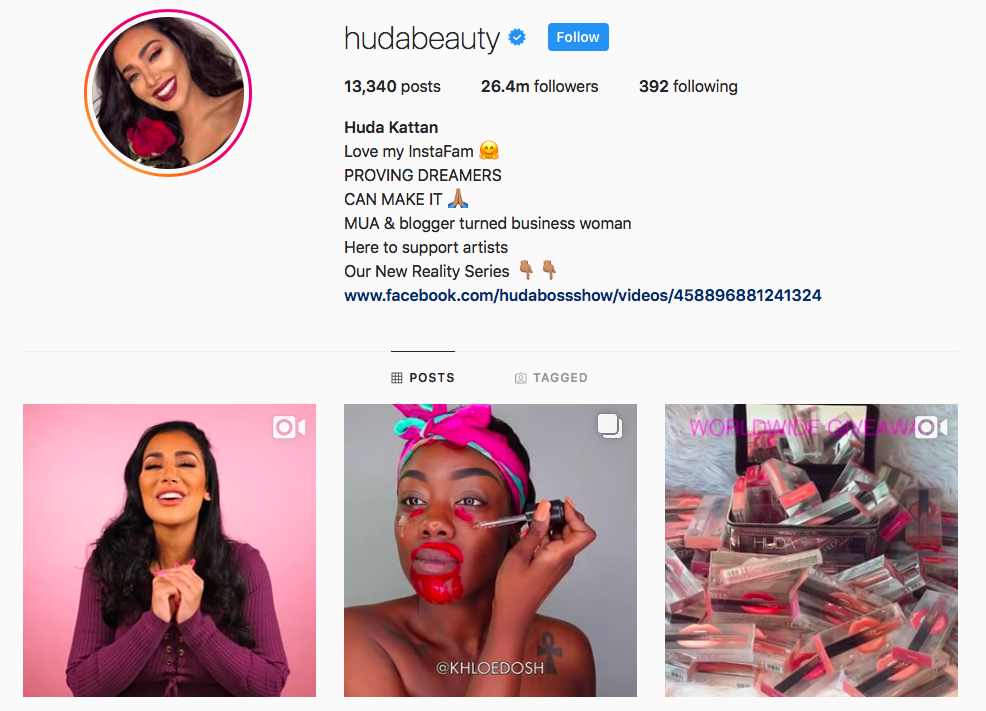 Huda Kattan has more than 26.3 million Instagram followers and a billion-dollar beauty line behind her. It’s no wonder that she is one of the top beauty influencers and has one of the top IGTV channels on the platform. Fans tune in for beauty tips, tricks, hacks, and recommendations. 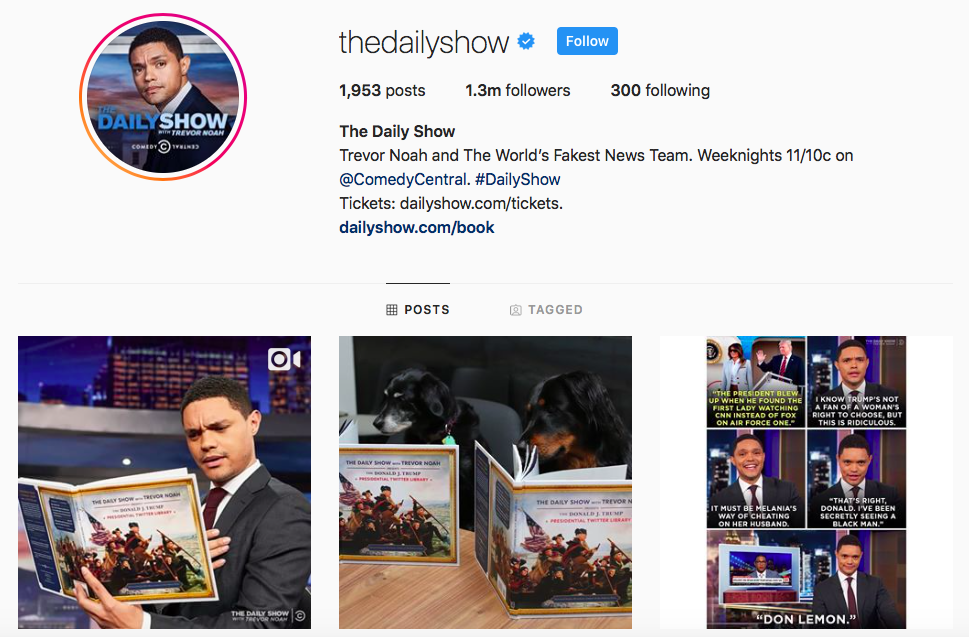 “The Daily Show” is a popular source of news for many Americans. It’s also one of the top IGTV channels. It uploads top segments from previous episodes as well as videos from the “Between the Scenes” series in which Trevor Noah interacts with the audience. 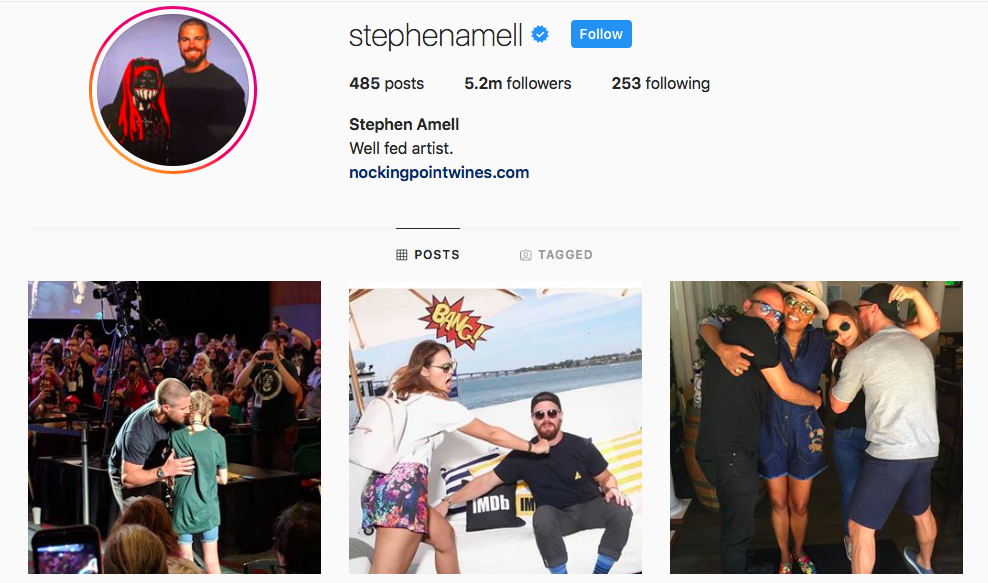 Stephen Amell is an actor best known for his role as Oliver Queen/Green Arrow on The CW series “Arrow.” The superhero has shared short videos and photos of his workouts on Instagram for years. Followers now get longer videos on his top IGTV channel, which racks up hundreds of thousands of views. 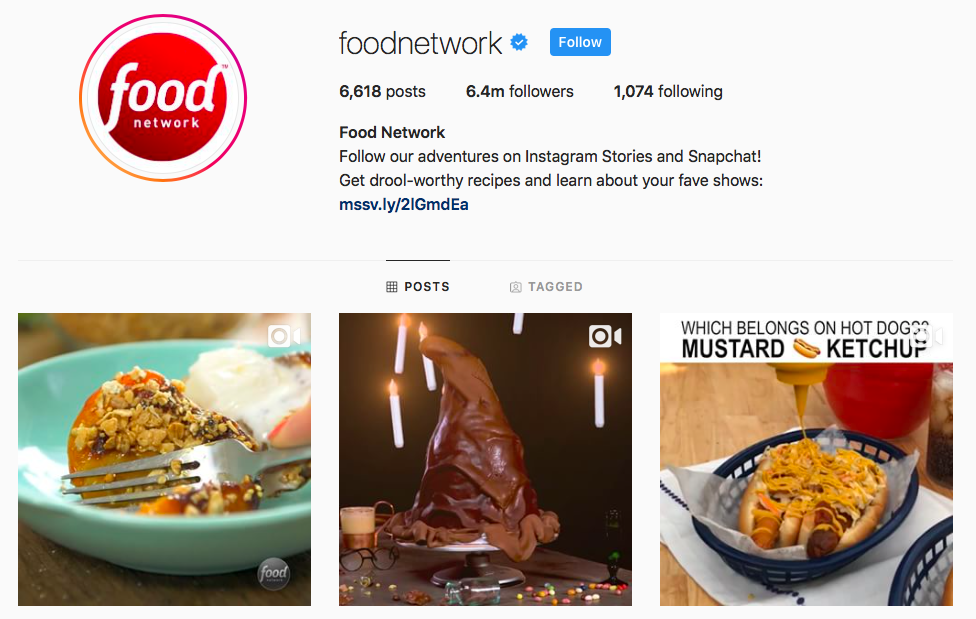 Food Network has released dozens of drool-worthy videos to its top IGTV channel. Viewers can check out recipes, tips from their favorite Food Network stars, taste tests, and more. It’s one of the top IGTV food channels on the platform with expertly edited vertical video content reaching 6.4 million followers. 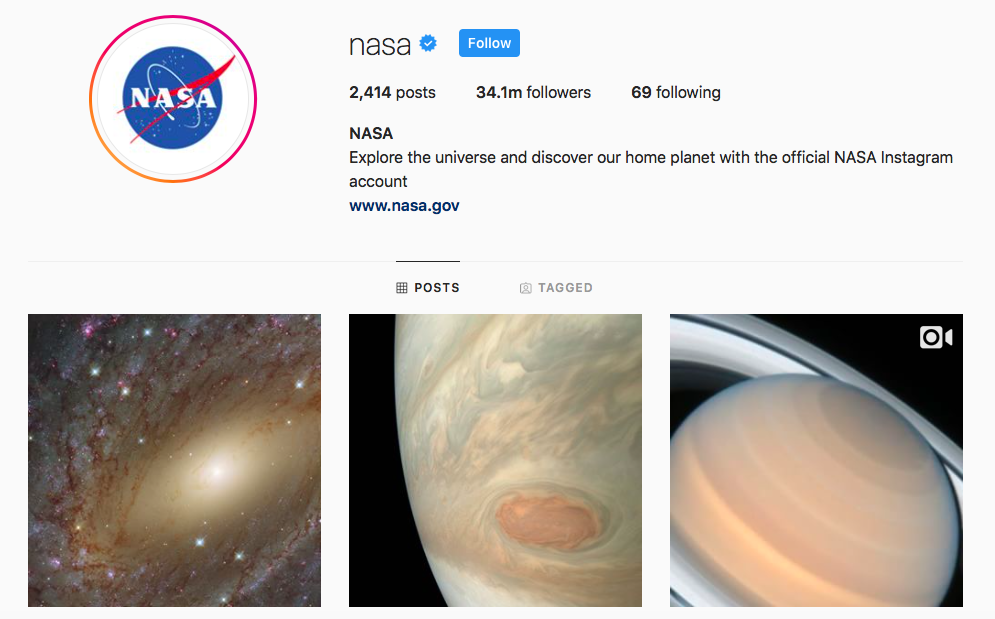 More than 34 million people follow NASA on Instagram to see stunning photos and video clips of our universe and the planet. On one of the top IGTV channels, the agency uploads a ton of content. This includes videos of tours of the moon and views from the Space Station along with informational and educational content. 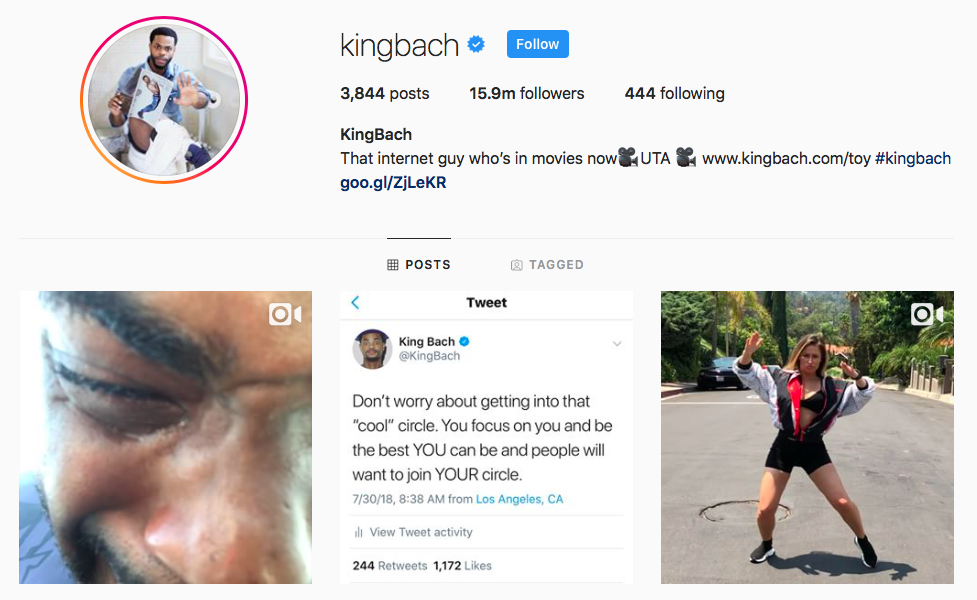 Social media comedian King Bach also helped with the launch of IGTV. His 15.9 million Instagram followers can watch even longer comedy sketches on his IGTV channel. It’s not all comedy, though. In addition, he offers discussions about thought provoking topics like traditional media versus social media. 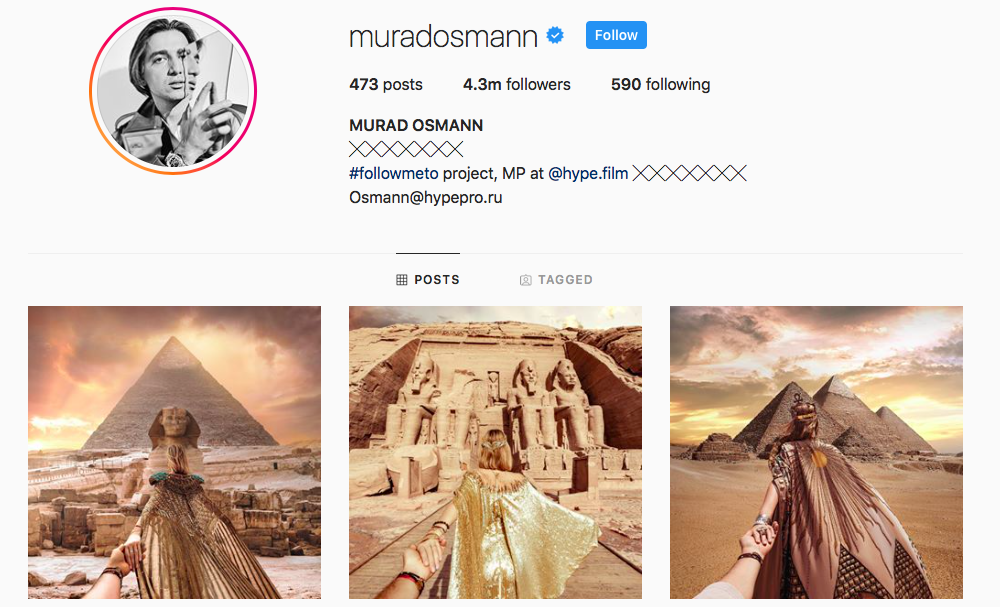 Murad Osmann is a Russian travel photographer known for his #followme photo series on Instagram. On his top IGTV channel, followers see stunning videography set to music from locations he travels. They also get a behind-the-scenes look at how he captures his photos. Some of his videos have over 100,000 views already. 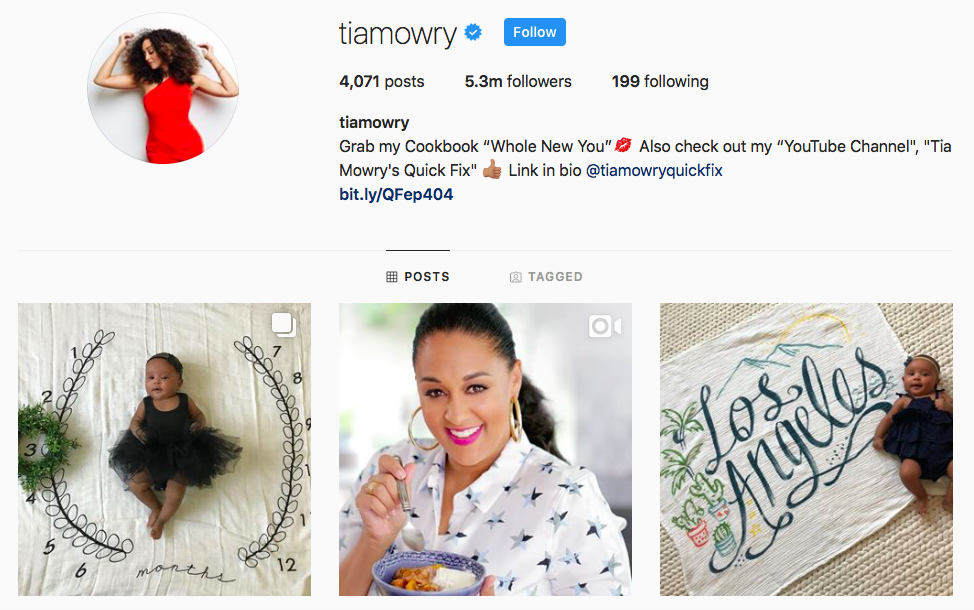 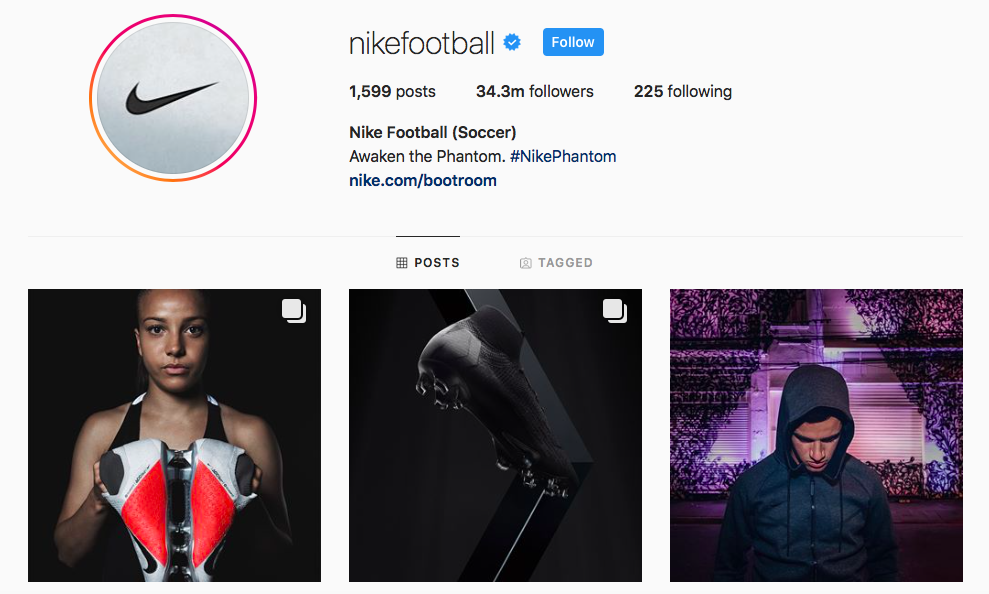 Nike Football is the Instagram account dedicated to soccer-related content and includes uploads to IGTV. The brand’s 34.2 million followers tune into the channel to see exclusive interviews and videos from their favorite soccer players, including Cristiano Ronaldo and Neymar Jr. 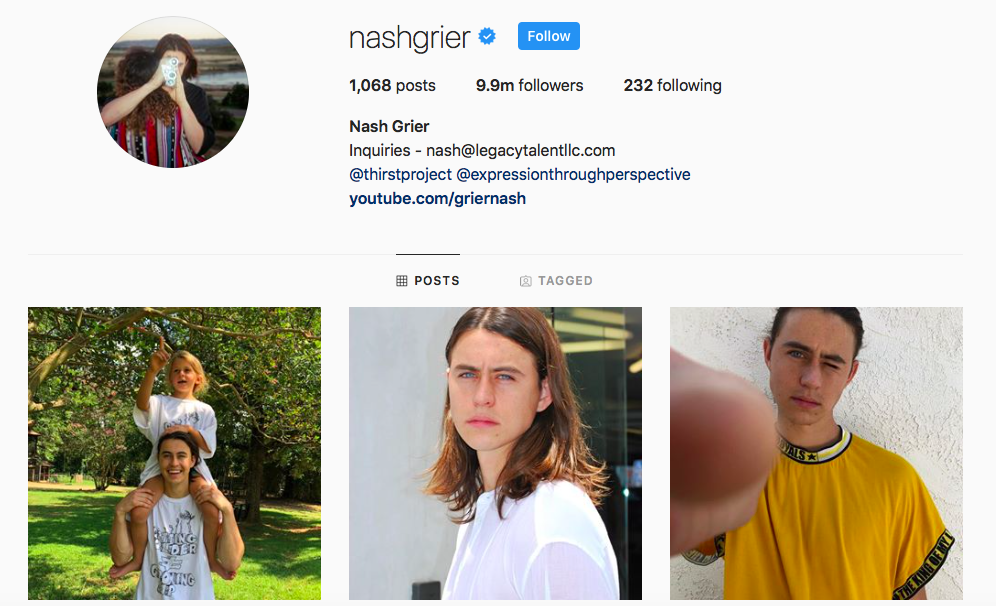 Nash Grier rose to Internet fame on Vine when he was just 15 years old. He has over nine million followers on Instagram plus subscribers on YouTube. His long-form IGTV videos focus on expressing his artistic and humanitarian voice rather than the vlogs featured on his YouTube channel. 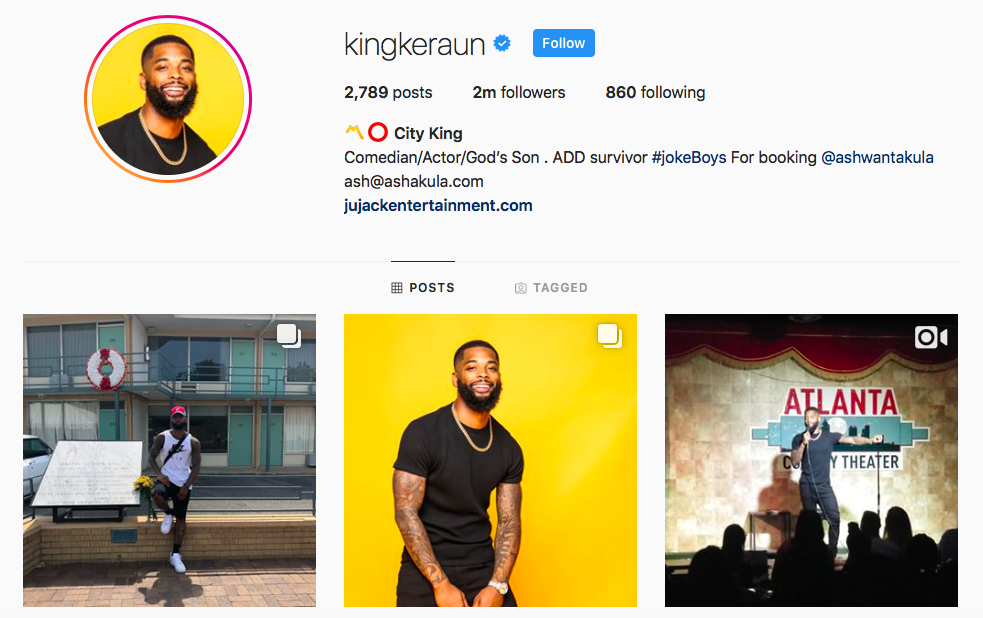 King Keraun became famous uploading 15-second videos to Instagram video where he now has more than two million followers. He produces longer comedy skits for his IGTV channel, to which he uploads every few days. 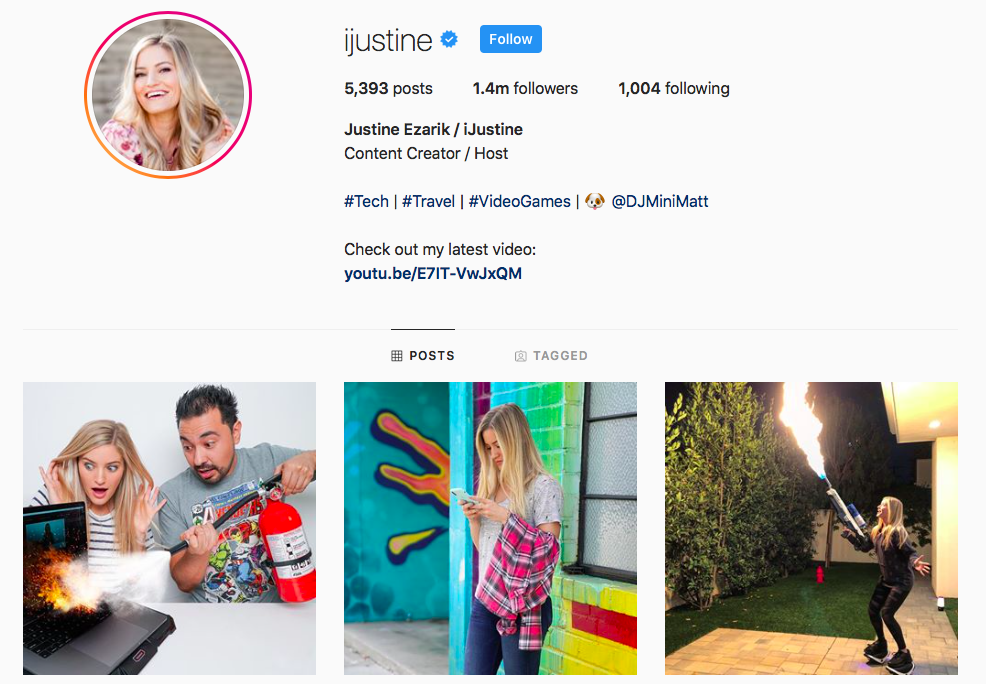 Better known as iJustine, Justine Ezarik is one of the top YouTubers of all time. She’s been creating content about travel, technology, life, and a variety of other topics for more than a decade. She’s been active across many social media platforms, and now creates exclusive content about these topics for her IGTV channel, too. Her first video upload, featuring her eating a giant Oreo, has more than 120,000 views. 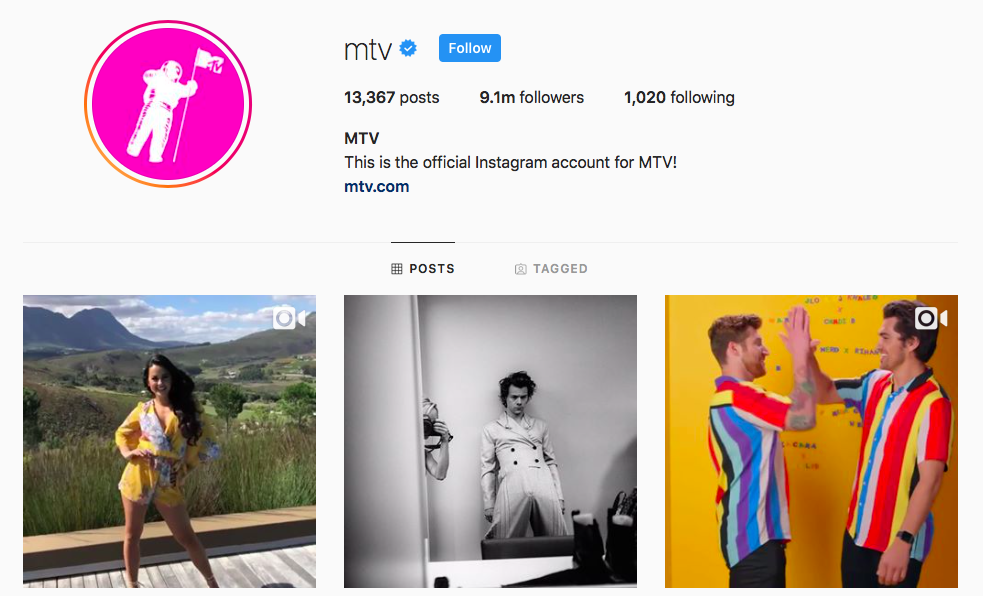 MTV creates original content for its IGTV channel and nine million followers. Most notably, MTV partnered with several major social media personalities to announce the 2018 VMA nominations. MTV has been producing vertical content for Snapchat Discover for years, so it was ready for the launch of IGTV. 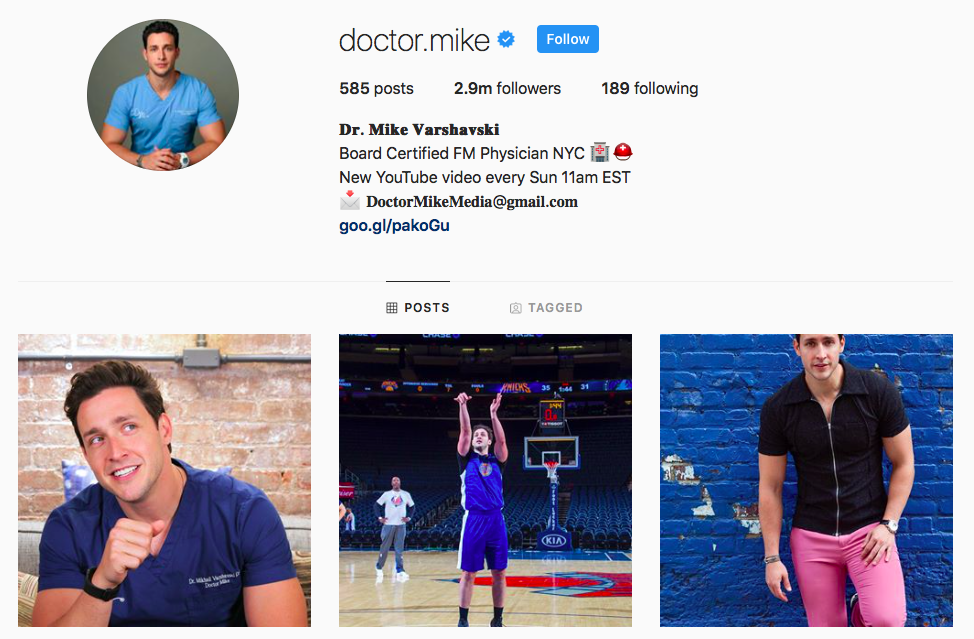 Dr. Mike Varshavski is one of the most popular doctors on Instagram with over 2.9 million followers. He was once named the Sexiest Doctor Alive by People Magazine. While his Instagram feed features selfies, his IGTV channel features videos showcasing his medical knowledge. 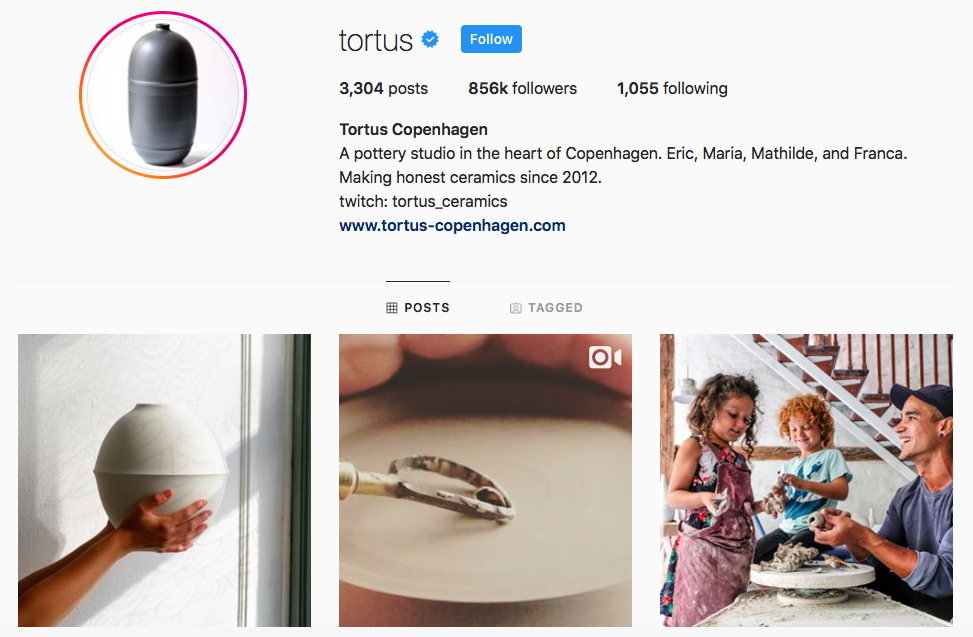 Eric Landon is a potter based in Copenhagen who uploads his work to Instagram for 871,000 followers. His channel gives followers an even closer look at his artistic process. His videos are mesmerizing, relaxing, and quickly becoming popular. 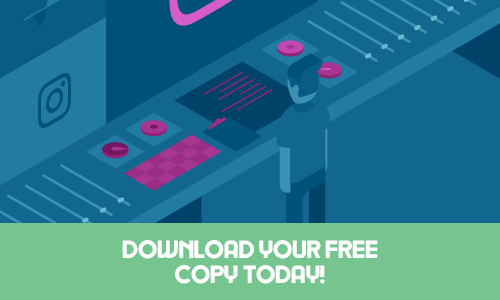 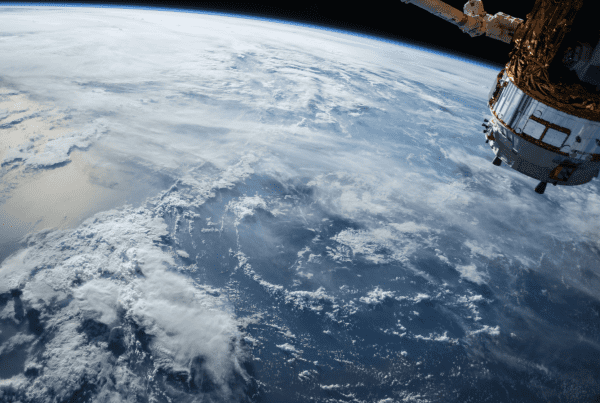 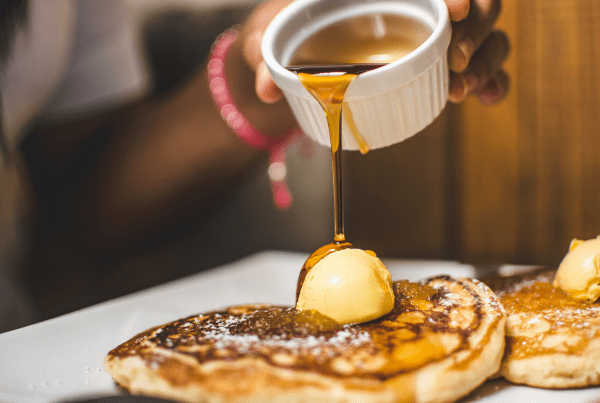 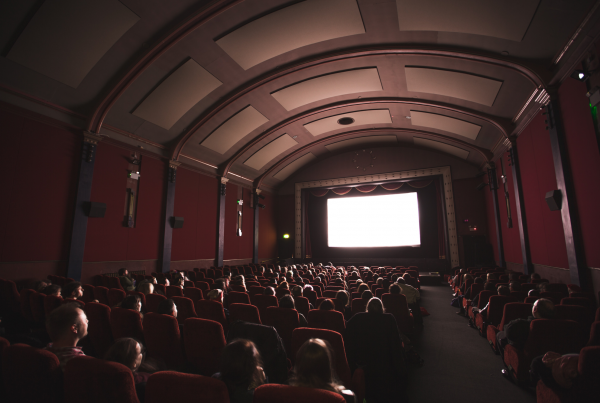