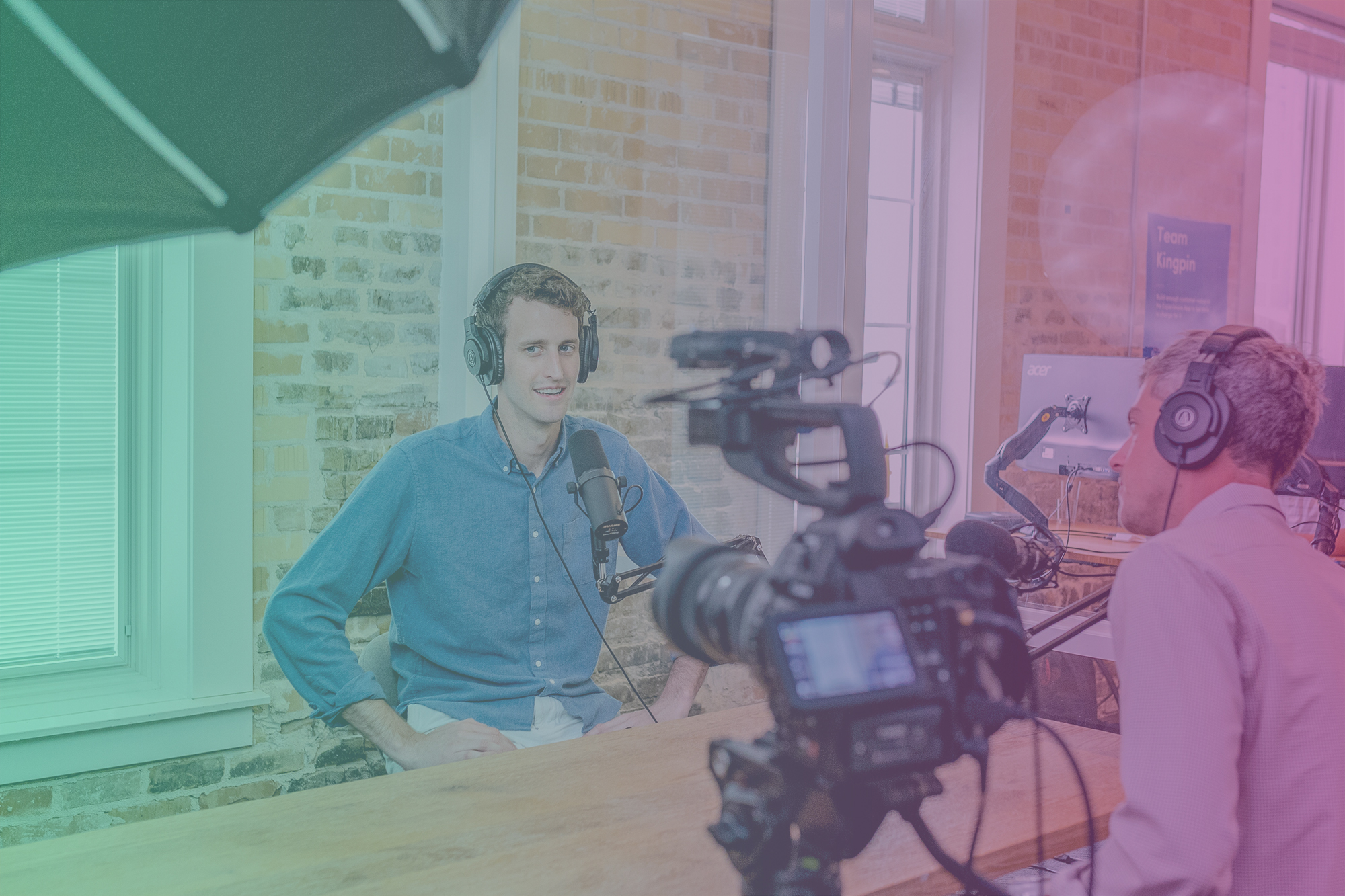 Content marketing is constantly evolving. 2020 is shaping up to be next level, with the craft predicted to hit high notes in several areas. Search Engine Journal forecasts that the industry will see a few major trends emerge, including delivering amazing visuals and interactive imagery.

What’s the most important trend for creators and brands to take to heart? A continuation of what’s always been the driving force behind effective content: Delivering purposeful content of the highest quality.

How do you define quality content? There are plenty of ways to measure effectiveness. But in the end, the best content resonates with its audience. It adds value to its audience’s life, informs and entertains, and most of all, it motivates the audience to act. Today’s content could come in many different forms. We rounded up the top picks for creators in several categories: Influencers, video content and branded content to show you the various ways amazing content reaches its audience.

Videos, blog posts, social media posts – there are many ways influencers create content. Some of the best of the best focus on quality content that resonates with their followers and provides a solid representation of the brands they partner with. Business Insider Intelligence predicts that by 2022, brands will spend as much as $15 billion on influencer marketing. And for good reason. It boosts ROI and produces solid results. Some of the top influencers include:

Approximately 93 percent of businesses credit social media video with getting them new customers according to data from Smart Insights. Video content has been steadily growing in popularity. It seems poised to continue taking a growing role in content strategies. Instagram stories, Facebook videos and YouTube shows are all examples of platforms for video content. Two YouTube shows have done a particularly impressive job in capturing an audience.

This show has more than five billion views and 15 million+ subscribers. It’s a daily talk show created by Link Neal and Rhett McLaughlin. It combines entertainment with current topics, brands and popular culture. It’s become so popular that it’s been features on The Tonight Show with Jimmy Fallon and in Super Bowl advertisements. As a result, many network television showrunners turn to Good Mythical Morning to promote their television shows. 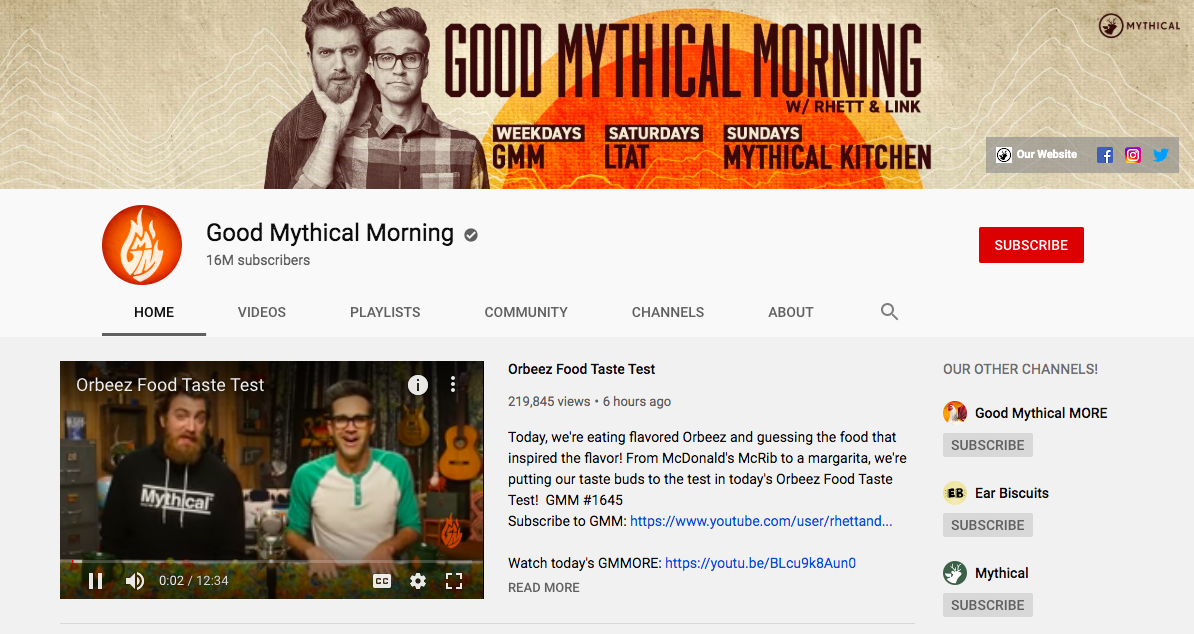 Deceptively simple, this celebrity interview show differentiates itself by including the practice of eating chicken wings with progressive spice levels. Big names like Natalie Portman and John Mayer have been on the show, which has garnered more than 390 million views with 138+ episodes. The show gets most of its revenue from the sales of hot sauce. Viewers scramble to get the sauce that made their favorite celeb cry or gag. Not only does the unique show generate revenue, it also engages with its audience and inspires brand loyalty. 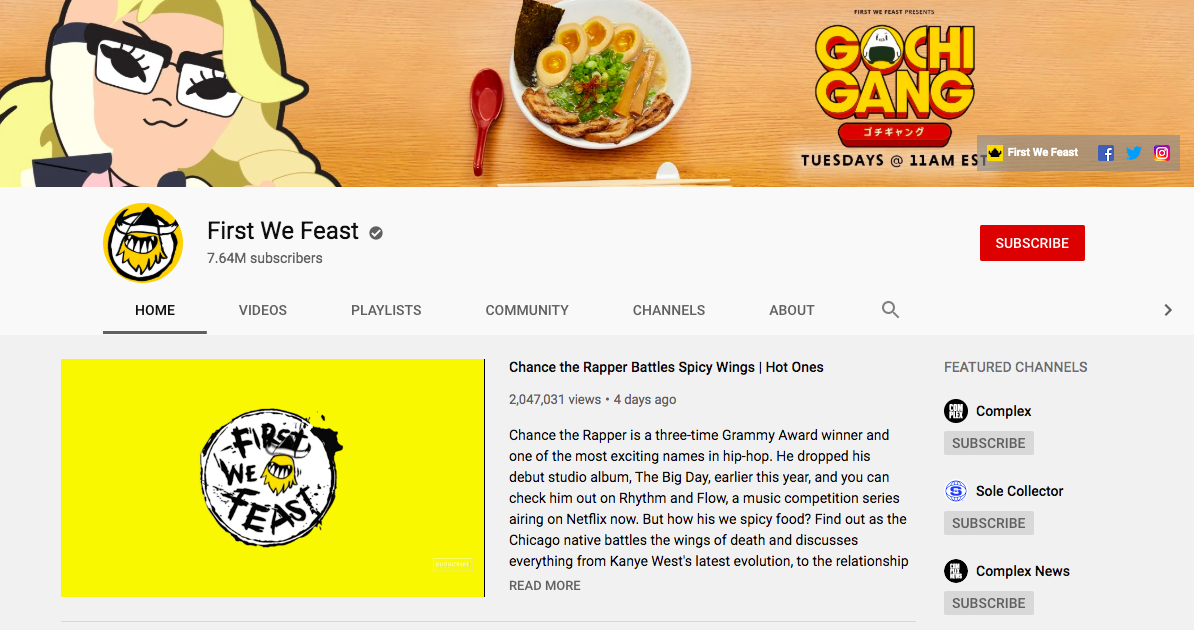 Branded content differs from regular advertising. It doesn’t look as promotional and typically allows the audience to connect on a deeper level than they do with typical ads. The best branded content maintains the brand voice and reflects its values while telling an engaging story. There’s a lot of flexibility – it can come in different formats and get published on different platforms. But what makes it effective is how it resonates with its intended audience, which is something that the following examples have done particularly well:

In search of quality content creators? Take influencer discovery and finding content creators to the next level with a tool designed to connect you seamlessly with the largest marketplace of its kind.