It’s the question of our time—Which content creators should you partner with? Some may look well-established with a large audience on a number of platforms. But what if their followers aren’t real? Knowing how to spot fake followers is an important skill. It may save you from partnering with content creators who are far less successful than they may initially appear.

Many companies make a good profit creating and selling fake accounts to influencers. In some cases, these accounts are under the control of bots, which use basic programs to like and comment on posts. Nonetheless, some companies employ real people to regularly update and control the accounts to make them look genuine.

There are three ways for content creators to inflate their follower count with real people. The first is to enter into “followback” arrangements. This is a common practice on Instagram where users employ hashtags that indicate they’re happy to follow any accounts that follow them. Of course, those people who follow aren’t really interested in the content they’re signing up for. Therefore they are unlikely to engage with the account, or even view it. The second method involves influencers entering into arrangements where they agree to regularly interact with each other’s accounts to give the impression of higher levels of activity. The final way is for creators to pay for people to follow them, or to provide some other kind of incentive.

The effort involved in establishing an audience of fake followers to give the impression of being a successful influencer may seem excessive, but it’s actually quite easy. An experiment by Mediakix showed it was possible to build a successful influencer profile and start receiving proposals for paid collaborations by investing as little as $300 into buying fake followers.

How Can You Spot Fake Followers?

Influencers are supposed to be thought leaders. They have the potential to shape purchasing habits and dictate trends. They engender trust and build a rapport with fans that encourages the audience to interact by liking posts and leaving comments. If influencers have very low engagement rates, many of their followers may be fakes. It’s possible to get a rough idea of the average engagement. To do this add the total number of likes across a sample of posts. Divide that total by the number of posts. Then divide the result by the number of followers.

A comment from a follower is a much stronger indication of viewer engagement than a like. It takes more effort to write a comment than it does to click a “like” button. To appear genuine, many fake accounts post automated comments that are very generic and therefore work with a wide variety of content. Watch out of comments that comprise mainly emojis, or which have bland statements such as, “Cool,” “Love this,” or, “Amazing content.”

While many influencers have world-spanning audiences, influencers working in niche markets that lack international appeal usually have more local followers. For example, a New York food blogger writing about local eateries is likely to have a large audience from New York and surrounding areas. If that food critic suddenly has an influx of followers from Asia, there’s a good chance that many of the followers are fakes.

Legitimate influencers build their audience over time in an organic manner. They hook fans, who then share the content with other people who become fans, and so on. There tends to be consistent audience growth over time. Buying followers usually involves spikes in growth, as the provider of the fake accounts adds all the followers in one go.

Good influencers don’t need to beg for followers. If you notice someone using a lot of hashtags such as #followback, #follow4follow, or #like4like then it’s likely that many of that person’s followers aren’t genuinely interested in the content.

It’s possible to identify some of these warning signs simply by studying influencers and their content. Doing so is incredibly time-consuming and still prone to error. Several companies offer subscriptions to analytical software that gives you an opportunity to quickly review influencers and get a good idea of how trustworthy they are.

Why Is It Important to Spot Fake Followers?

For your influencer marketing campaign to succeed, you need to partner with the right content creators. This means knowing exactly what those content creators offer you and your brand. It’s a good idea to find someone who produces regular content relevant to your industry. It’s also good that you think about the influencer’s audience size and demographic. Audience dictates reach and engagement, making it an essential component in choosing the right influencer. It’s impossible to evaluate an influencer’s audience when it comprises paid accounts and bots.

Social media platforms such as Instagram attempt to limit the use of fake accounts, running programs to help identify and eliminate them whenever possible. As the fake account controllers develop new ways to appear genuine, it’s becoming increasingly difficult to police. You can’t always rely on someone else to weed out the fakes for you. If you fail to spot fake followers, you’re failing to identify poor investments and increasing the risk of your campaign failing to meet expectations.

Final Thought: Look Before You Leap

Statistics from Google reveal that 60 percent of YouTube subscribers follow advice on what to buy from their favorite creators over traditional celebrities. This is an indication of the level of success influencer marketing campaigns may enjoy on any social media platform. Therefore pairing with the right content creator is a key element of that success.

Consider doing your homework and research any candidates before committing to a financial arrangement. Purchasing the services of someone with a fake audience is a poor investment and is unlikely to generate the results you desire. Take your time making a selection, and start scouting for potential partners before you intend to run your campaign. You have plenty of time to establish the authenticity of creators and to develop a rapport with those you would like to work with. If you’re concerned you don’t have the time to invest in the necessary research, consider using the services of an influencer marketing platform. This platform allows influencers and marketers to come together, exchange ideas and make working arrangements for mutual benefit. 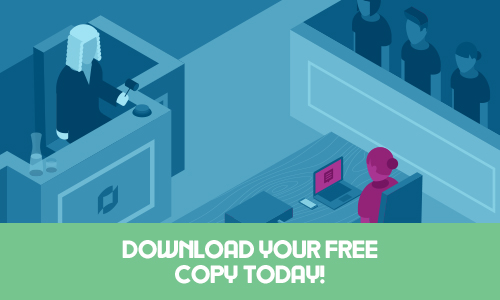