Hit enter to search or ESC to close
Press Releases

ORLANDO, FL (September 26, 2016) – IZEA, Inc. (NASDAQ: IZEA),operator of IZEAx, the premier online marketplace connecting brands and publishers with influential content creators, has filed a petition with The Unicode Consortium to include a new #AD emoji designed to convey that a piece of content is sponsored by an advertiser.

The proposed emoji character seeks to help standardize the disclosure of sponsored content in social media, which is widely used among online influencers and publishers to monetize their online audience.

The full petition and proposed emoji can be found here: http://corp.izea.com/emoji 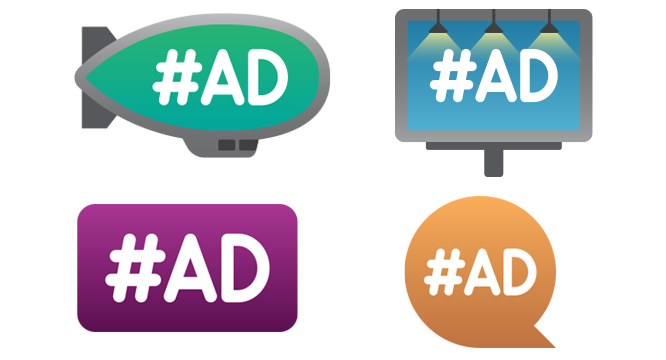 IZEA sends out emails to share company news such as press releases, earnings calls and other milestones.

Influencer marketing is one of the fastest growing segments within the marketing industry. As the practice has grown, so have the challenges relating to best practices and consumer protection. In the past year, the Federal Trade Commission (FTC) has taken action against several large brands and online influencers for their lack of proper disclosure in paid social media campaigns. More recently, the non-profit group TruthInAdvertising.org has compiled over 100 Instagram posts by celebrities who violate FTC endorsement guidelines because they fail to communicate that the posts are paid ads.

“One of the biggest challenges facing influencer marketing today is the lack of uniform transparency and disclosure,” said Ted Murphy, Chairman and CEO of IZEA. “Every social platform is different and there isn’t a common method for content creators to disclose that a piece of content is sponsored by a brand. Emoji use is widespread throughout all social media platforms and could easily be implemented as a disclosure standard if the Unicode Consortium agrees with our petition.”

The Unicode Consortium is a non-profit corporation devoted to developing, maintaining, and promoting software internationalization standards and data, particularly the Unicode Standard, which specifies the representation of text in all modern software products and standards. These include the standardization of emoji icons found in modern operating systems.

Among the qualifications The Unicode Consortium considers when evaluating proposals is the frequency of use of the term or phrase. In the month of August 2015, the term #ad  has had over 495,000 mentions on Twitter alone, which number has grown to over 959,000 in August 2016 [Source: Gnip], up nearly 52% since August of last year. This does not include other variations of the terms or other social channels.

In 2009 the FTC issued its original guidelines for endorsements in social media (the Dot Com Disclosures). IZEA’s Ted Murphy was asked to meet with the commission to provide guidance and input. Since that time, the FTC has issued multiple updates and revisions, yet compliance and awareness industry-wide remains very low. Each year IZEA commissions a study on awareness and adherence to the guides. In 2015, IZEA found that only 31% of marketers were aware of and understood the guidelines. Many marketers and online influencers find the guides overly complicated, with too many nuances or unanswered questions. In addition to working with the Word of Mouth Marketing Association (WOMMA) to promote compliance with the FTC disclosure guidelines in the U.S., IZEA is currently working with the Advertising Standards Council (ASC) in Canada to help streamline disclosure in that country.

“Standardized disclosure through emoji could help to fundamentally streamline the FTC and ASC guidelines around transparency in the influencer marketing space,” said Murphy. “A visual indicator would provide a clear representation of sponsored content on all social platforms and could be a universal means of disclosure not just in the U.S. and Canada, but in all countries around the world. We could simplify ethical disclosure for marketers and influencers – if it is paid, use the #AD emoji.”

The petition is being submitted to the Unicode Consortium this month. If successful, the addition of the #AD emoji would be supported by vendors in approximately two years.