From writers to innovators and from CEOs to investors, the tech world is full of influential people, many of whom have sizable social media presences and followings. Who’s who in the world of tech? Get to know the top tech influencers in the industry today.

Given that without Jack Dorsey there’d be no Twitter, it seems kind of weird to leave him off of a list of the top tech influencers. Jack has more than four million followers on the platform he created, which isn’t too shabby. 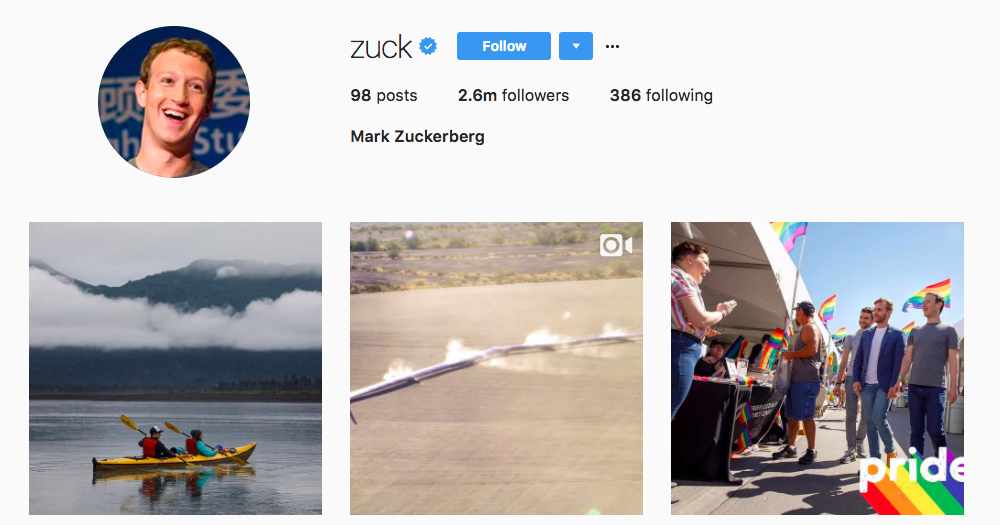 Elon Musk wants to send people to Mars, and is the CEO of Tesla Motors, which produces high-end electric cars. The Top Tech Influencer has 9.8 million followers on Twitter, where he’s mainly tweeting about cars and space.

Kara Swisher is a grumpy lady in tech, according to her Twitter bio, as well as one of the top tech influencers. She has 1.24 million followers who retweet and like her posts about women in tech, politics, and current events. 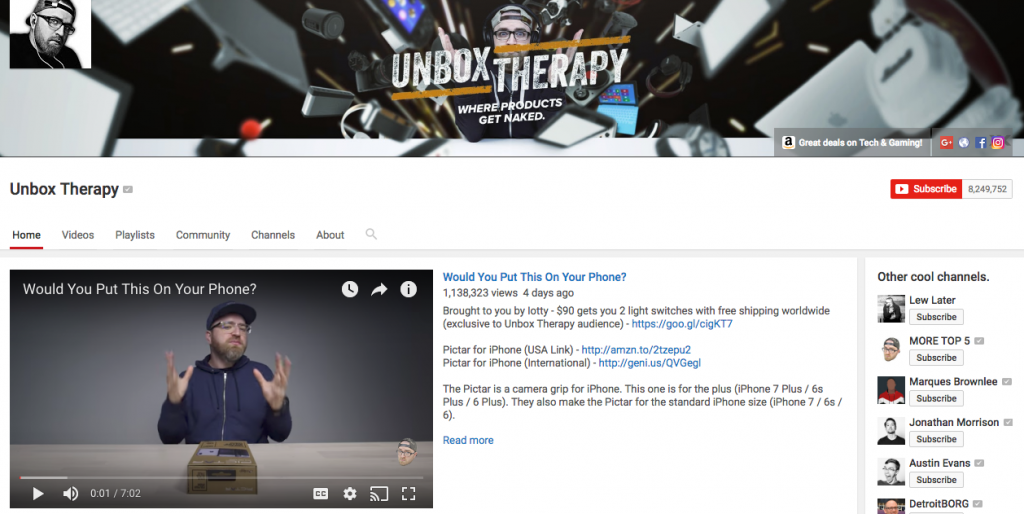 Unbox Therapy is a YouTube channel with more than 8 million subscribers. The focus of the top tech influencer channel is unboxing, or taking new products out of their boxes to check them out and show them off. Since people always want to know whether something is worth it or lives up to the hype before they spend money on it, the channel performs a valuable public service for tech nerds.

A technology evangelist at Microsoft in the early 2000s, Robert Scoble is a blogger who’s well respected in tech and one of the top tech influencers. He has 509,000 followers on Twitter.

Guy Kawasaki is an OG influencer in tech, as he was an evangelist for Apple back in the 1980s and is currently an evangelist for Canva, a graphic design program. As one of the top tech influencers, he has 1.5 million followers on Twitter, where he regularly tweets plenty of silly memes and videos, plus tech news and goings on.

Aaron Levie is the co-founder of Box, an enterprise cloud company, and one of the top tech influencers. He has 1.89 million Twitter followers and regularly tweets about his company and current events. 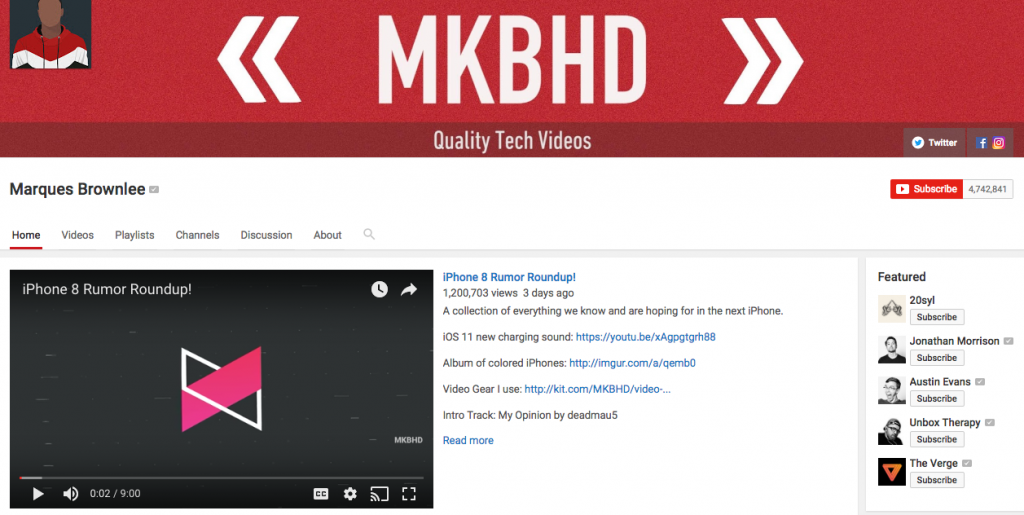 More than 4.7 million people subscribe to Marques Brownlee’s YouTube channel, where he posts videos about consumer tech products and other tech topics. The top tech influencer also has a sizable following on Twitter: 1.31 million.

Tim O’Reilly, the founder of O’Reilly Media and the creator of the term “open source,” has 1.99 million followers on Twitter, making him one of our top tech influencers. His feed is full of tweets speculating on the future of tech, as well as critiques of certain practices.

Matt Cutts gained popularity when he was the go-to guy on the web spam team at Google. It was Matt who people could turn to for advice and guidance while Google rolled out its new algorithms. Today, he’s one of the industry’s top tech influencers by working for the US Digital Service. He still has a decent following (541,000) on Twitter. 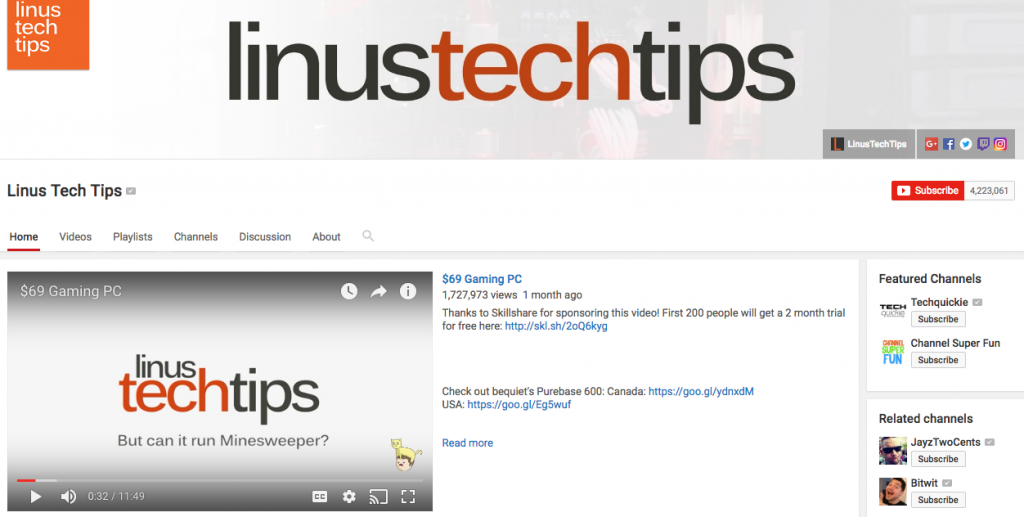 Linus Tech Tips, the YouTube channel put together by Linus Sebastian, has more than 4.2 million subscribers. The top tech influencer channel is full of reviews of products, general tech tips, and guides to certain tech concepts.

A former writer for Gigaom, Mathew Ingram is now a head writer for Fortune, and one of our top tech influencers. He has 84,000 followers on Twitter, where he tweets about the intersection of media and tech.

Without Dave Winer, there’d be no blogging, as he developed the first CMS for blogging. He has almost 70,000 followers on Twitter, who are paying attention to his tweets about tech and current events.

Farhad Manjoo is another tech writer with a sizable Twitter following (160,000). He writes for the “New York Times” and tweets about all that’s going on in the world.

Paul Graham has just under one million Twitter followers and a feed full of current events and commentary. He’s the founder of Y Combinator, which changed the way that startups got funding.

David Heinemeier Hansson has 258,000 followers on Twitter, is the creator of Ruby on Rails, and is CTO of Basecamp, a project management software company. Part of DHH’s popularity might be due to the fact that he’s not afraid to turn a critical eye towards the tech industry.

Hunter Walk has an impressive resume in the tech industry: YouTube, SecondLife, and Google. He’s currently a partner with Homebrew VC, and has 177,000 followers on Twitter.

The founding editor of Search Engine Land and Marketing Land, Danny Sullivan has dedicated his career to all things SEO and Google. These days, he’s tweeting to his 525,000 followers about “Star Wars,” Snapchat, and his most recent cosplay.

MG Siegler is a partner at GV, a venture capital firm. He has 191,000 followers on Twitter, where he regularly tweets commentary on current events and tech news.

A tech columnist for the “Wall Street Journal,” Joanna Stern has 112,000 followers on Twitter. She regularly tweets about using new or soon-to-be-released tech, and about spending time trying to use outdated tech in modern life.

The current editor-in-chief at Crunchbase, Alex Wilhelm was previously at TechCrunch and the Next Web. He has 58,400 followers and often tweets about tech news, as well as general silliness.

Ed Bott is a tech journalist who is all about Microsoft. He has almost 50,000 Twitter followers, and regularly tweets his opinions on current events, politics, and the tech world.

Coder Mina Markham has 8,196 followers on Twitter, which puts in her in the micro-influencer category. But she also designed Hillary Clinton’s design system, which gives her a good amount of coding and social cred. Her Twitter feed is full of snarky tweets about trends, avocados, and tech.

Want to learn the ins and outs of Twitter influencer marketing? 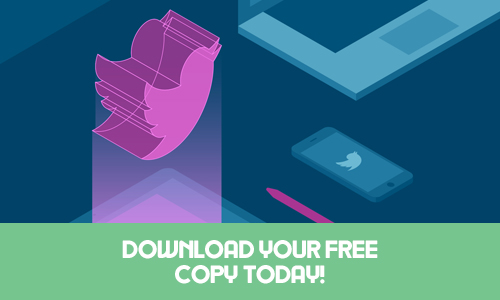