Student-Athlete Influencers: What You Need to Know

On July 21, 2021, the NCAA changed the future for college sports by allowing student-athletes to monetize their name, image and likeness (or NIL). For students with large online followings, that opens the door to using their social media influence to attract lucrative partnerships. 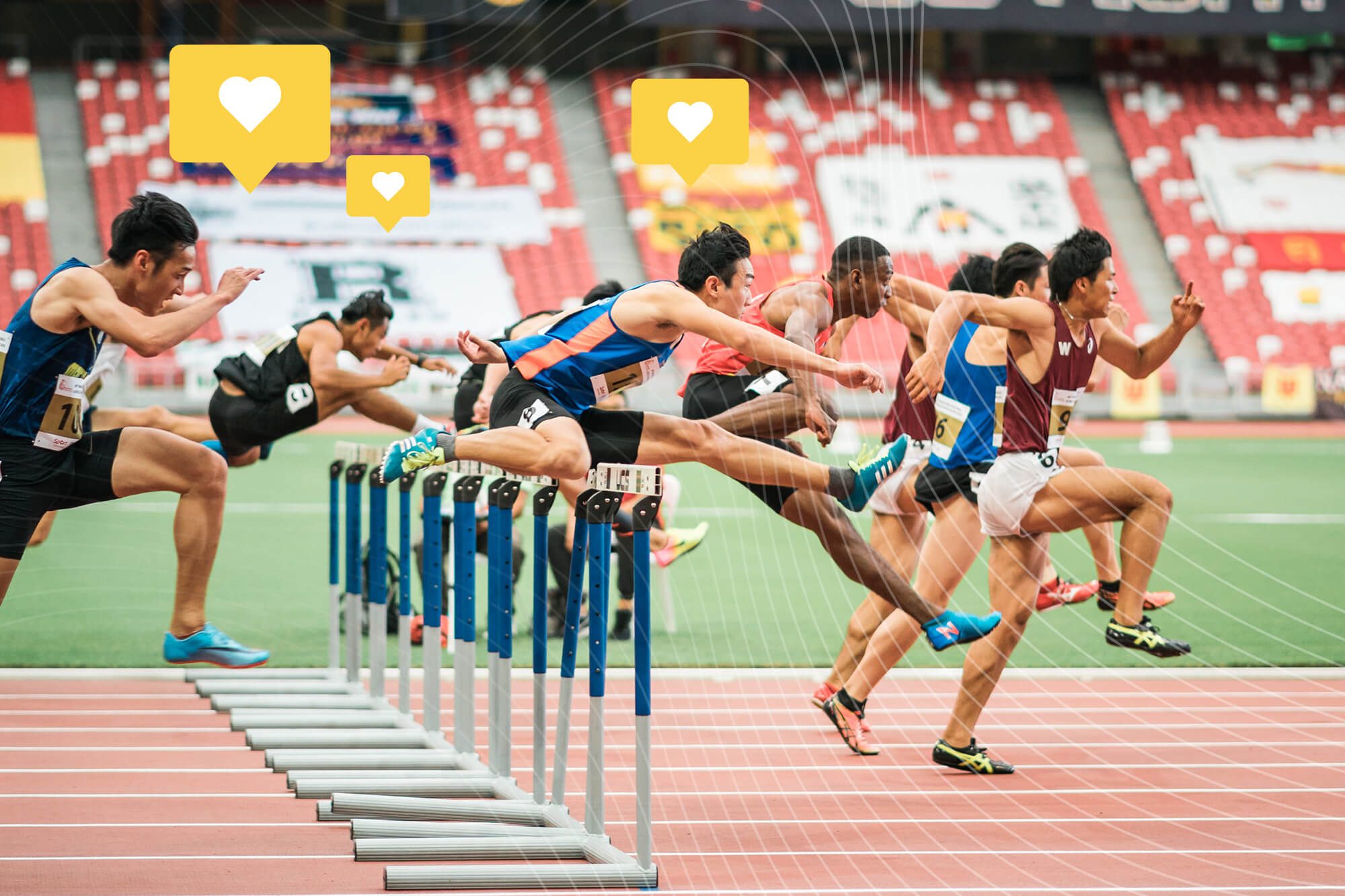 The new ruling passed in 27 states, which means that not all college athletes are eligible. (State law overrides the rule change.) But student-athletes in states that adopted the bill are already seeing big payoffs.

It’s not just the athletes who win: This can mean a financial windfall for companies looking to reach the Gen Z market, as influencer-athletes will provide a cost-effective way to get in front of that audience.

Deals were struck as soon as the rule change was announced. Twin sisters Haley and Hanna Cavinder (@cavindertwins), who play basketball for Fresno State, were the first to make the leap from athletes to paid influencers. Within hours of the NCAA’s announcement, the twins had parlayed their 3.3 million TikTok followers into a payday with Boost Mobile. That was quickly followed by endorsements from Six Star Pro Nutrition and the consumer goods delivery service Gopuff.

But they aren’t the only ones picking up some significant sponsorships: Hercy Miller (@hercymiller), son of rapper Master P and a freshman on the Tennessee State basketball team, picked up a $2 million endorsement deal from the technology company Web Apps America. And University of Miami’s D’Eriq King (@deriqking) and Bubba Bolden (@bubba.bolden) — quarterback and defensive end, respectively — landed a $20,000 deal to promote the moving company College Hunks.

While estimates about what college athletes can make through sponsorships are still being determined, the numbers could be significant for some. And, for female influencers, this represents perhaps an even more substantial benefit, as they typically have fewer athletic opportunities following college than their male counterparts. Already, eyes are on Nebraska volleyball superstar Lexi Sun (@lexiisun), who signed a deal with Omaha-based Borsheims jewelry stores, and LSU gymnast Olivia Dunne (@livvydunne), who signed with WME Sports Agency.

Playing by the rules

Of course, this is new territory for athletes and brands, and it requires a bit of a learning curve to understand what’s allowed — and what’s not. Most notably, of course, is the ruling that only allows endorsements in states that have passed the NIL laws. And, even some of those states that have passed the law haven’t put it into effect yet; for example, it doesn’t go into effect in Montana until June 1, 2023, and New Jersey doesn’t recognize it until 2025.

Students have other intricacies to navigate. Not only do they need to understand the rules of their school, but they’ll also need to understand state laws, what partnerships are allowed and what’s expected of them within each contract.

For example, students must disclose any partnerships to their schools before accepting a deal. Athletes will be prohibited from promoting a brand during play that is different from the school’s existing partnerships. For example, if an athlete signs a deal with Adidas but the school wears the Jordan brand, they won’t be able to wear Adidas apparel or footwear while playing. However, that rule does not apply to them off the field or court, where they’re free to wear what they choose.

While college athletes already have many new options available to them, a certain amount of caution will be needed before leaping into agreements. Contracts should be well understood and student-athletes also need to understand how these partnerships could affect them down the road; an endorsement could impact who they can work with after they have finished college.

They’ll also need to understand that “more” is not always better; as athletes build their brands, it’s important to be selective to avoid over-saturation. And they also will need to avoid such hot-button categories as alcohol, sexually-oriented businesses, supplements and more.

The emergence of student-athletes as influencers creates an exciting opportunity for both the athletes and the brands they partner with. It allows brands to target niche audience segments while being a critical part of an up-and-coming athlete building their brand.

Influencers: Are you an eligible student-athlete looking to partner with industry-leading brands? Create a free profile today.

Marketers: Are you looking to work with student-athlete influencers? Our influencer marketing services team takes care of everything from strategic planning, payments, analytics and reporting.