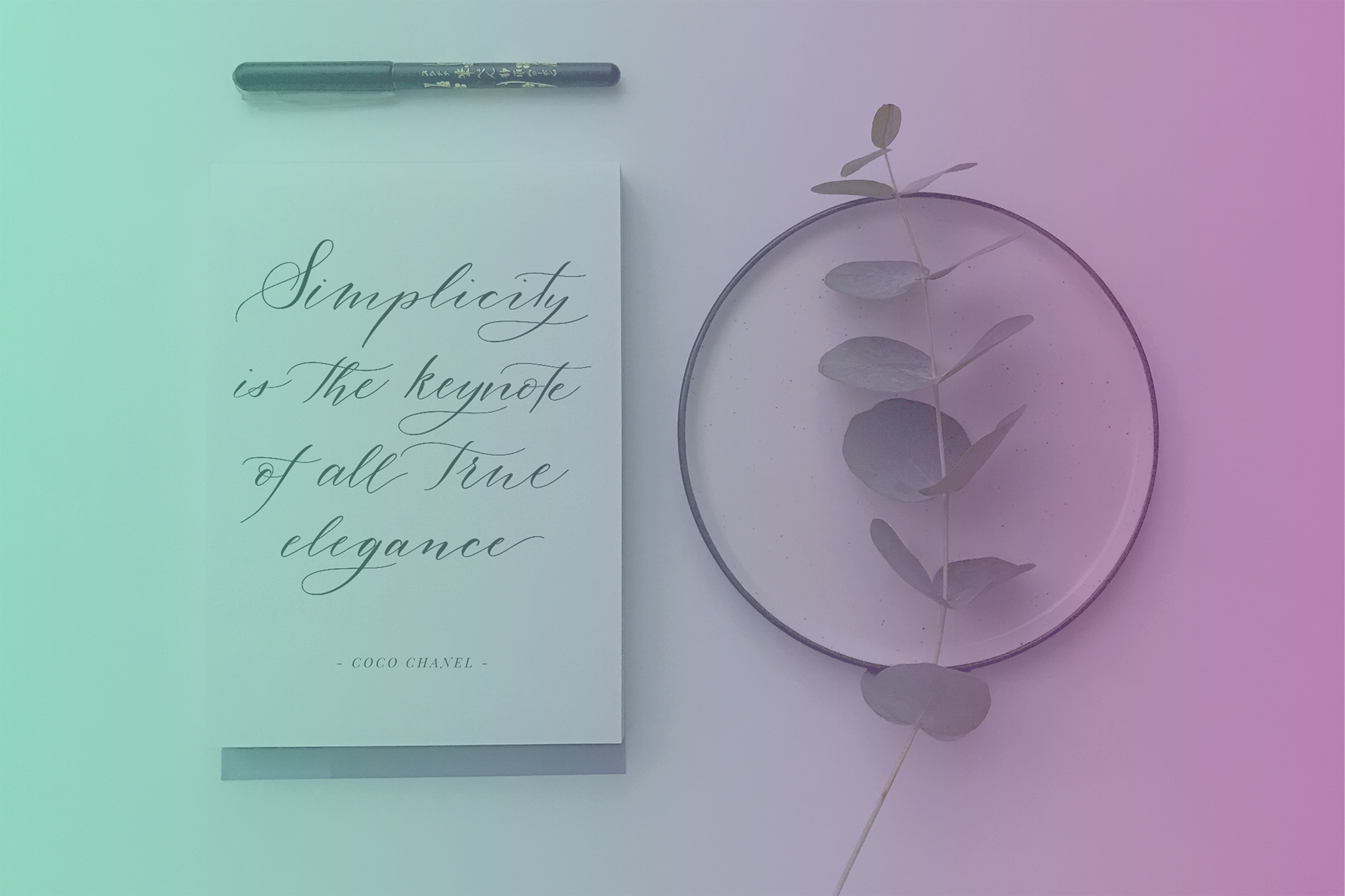 Influencer marketing is a big business, even for small and niche industries. You may immediately think of travel, fashion and lifestyle influencers, but there are also talented people working in markets such as calligraphy. If you want to bring a flourish of artistic style to your next marketing campaign, run an influencer discovery search for the right content creators. Here are 10 of the best calligraphy influencers on Instagram to get you started.

Instagram is a very visual platform, and Seb Lester uses an excellent mix of short videos and carousel posts to showcase his fine lettering in motion. His hypnotic, flowing penmanship has attracted over 1 million followers. He also has over 800,000 followers on Facebook and another 26,200 followers on Twitter. His work has even been featured on a series of limited-edition beer labels for Beck’s Beer UK.

Gail M is an “M.D. by day, CalligraphyNerd by night” and self-confessed “perpetual student of calligraphy and penmanship.” Despite claims of being a student, she’s clearly a master with a pen, and her Instagram feed is a feast for the eyes. Much like Seb Lester, she frequently posts videos so her fans get to enjoy the lettering form in real time. She has over 31,700 followers.

Artem Stepanov is a lettering artist from St. Petersburg. He hasn’t posted on Instagram for several years, but all of his work is still on display. His lettering makes for captivating viewing, but he also showcased the tools and materials he was using. The account has over 8,100 followers.

As a talented lettering artist and calligrapher, John Stevens is never short of commission work. He once even created some lettering for Atlantic Records. He uses Instagram to showcase his work and to promote his teaching mailing list for those people who want to learn from a true master. His beautiful calligraphy has attracted an audience in excess of 68,100 followers.

Karla Lim is a fine art invitation designer, calligrapher and wax seal specialist. Her studio creates stunning invitations and seals to give any event a mark of distinction. The images on her channel are as meticulous as her pen work. She arranges items with perfect spacing and alignment to make each picture a fascinating composition. The approach has garnered an audience in excess of 83,900 followers.

The incredibly talented Chae Ho Lee works with calligraphy pens but also transfers designs into other materials. As a result, his lettering appears as embroidery on fabric and as embossing on cards. He has created wax seal designs, available from Black Market International, and his work has appeared in The Washington Post. He has over 28,700 followers.

Concerned calligraphy may seem stuffy, ancient and old-fashioned? Faust is bringing the subject right up to date with a hip new spin. This Instagram account shows off stunning graffiti, proving there’s no canvas too big for this type of artistic expression. His talents have attracted interest from a wide variety of brands — he partnered with COMME des GARCONS to create a trendy range of fashion apparel. The New York Times wrote a feature on him, and he has 60,000 followers on Instagram.

If you want to get hands-on with calligraphy, the EP Lettering Instagram account is worth following. In addition to fantastic images and videos that serve as great inspiration, the channel also promotes a range of products and workshops to help you improve your skills. It has over 80,000 followers.

Jillian and Jordan are twin sisters who teach about calligraphy tools and lettering styles. The women use their own hashtag, #loveleighlessons, to help their fans find fresh content. The channel is a perfect combination of inspiration and education and has attracted over 50,400 followers.

Nina Benito Tran uses Instagram to show her incredible skill with a range of calligraphy equipment. She also has her own blog with useful information and downloadable guides. Like many other calligraphers, she runs workshops. Her Instagram page has over 52,200 followers.

Final Thought: Signing Off on Your Campaign

It may be a niche subject, but there are still many calligraphy influencers to choose from. However, it takes considerable effort to search for them and then establish which ones are the best for your advertising campaign.

To help get your campaign off the ground quickly and effectively, consider employing influencer discovery tools. Start by registering with IZEAx Discovery, the largest marketplace of its kind for 100% opt-in content creators and influencers. You’ll discover calligraphy influencers ready to sign on the dotted line to bring their artistic flourish to your brand message.