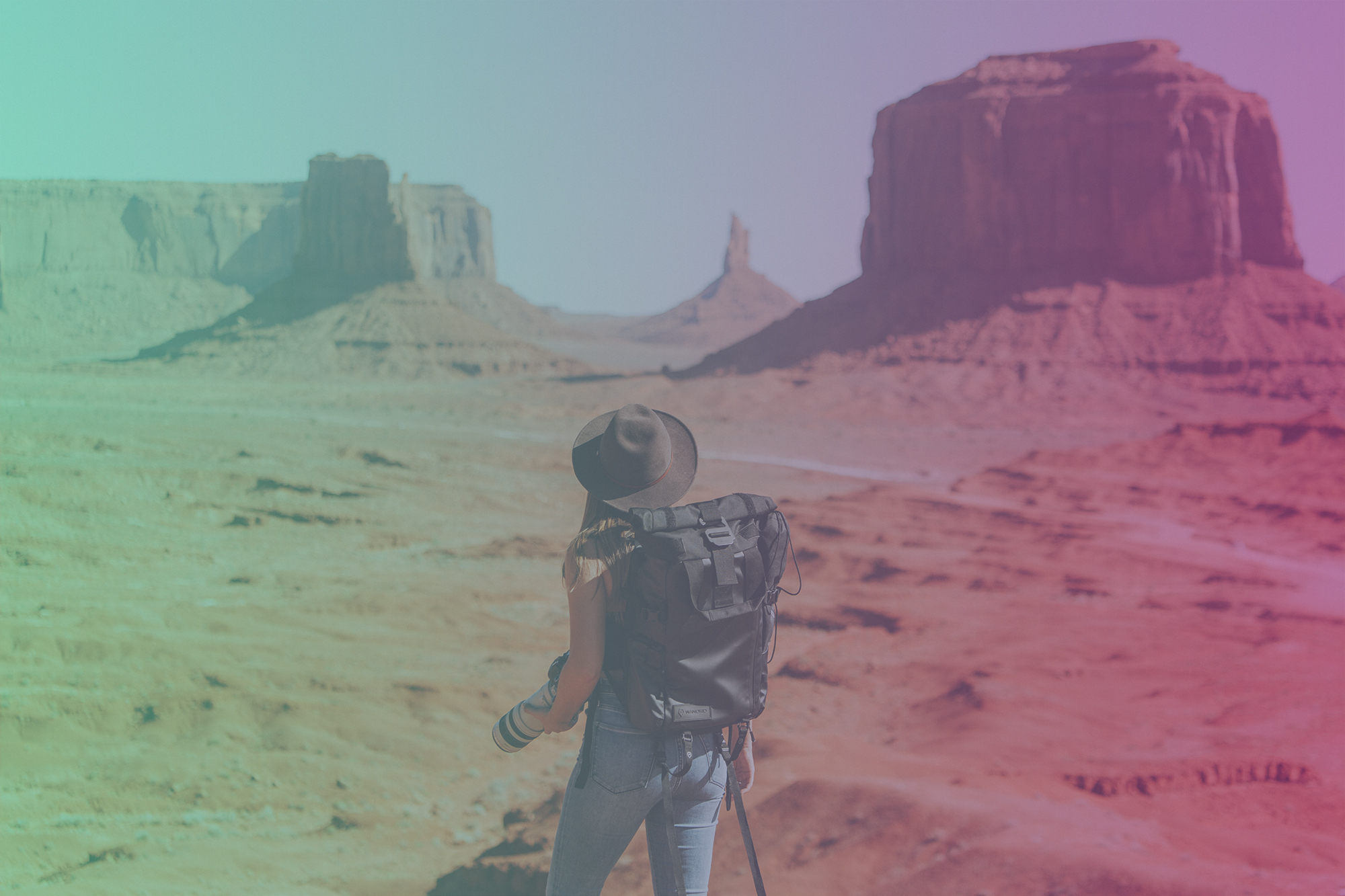 When you get a sudden urge to adventure, you’ll need more than just a trusty backpack. You’ll need to know how to travel safely and how to get around without spending a fortune. Backpacking influencers are expert travelers who have plenty of tips and advice to help you make your journey a success.

Even if you don’t have any travel plans laid out, these influencers might just inspire you to take flight. Here are a few popular backpacking influencers to seek out online.

Derek Baron’s audience knows him as Wandering Earl — Earl being his middle name. Back in late 1999, Baron headed overseas for a three-month backpacking trip through Southeast Asia. Once he was out on his adventure, he decided to extend his time abroad. Months turned into years, and now Baron has journeyed through more than 100 countries.

This backpacking influencer has had more than his fair share of exciting experiences. For example, he appeared in a Bollywood show, worked on cruise ships and was even kidnapped while in Bangladesh. With experience comes wisdom, and Baron is more than willing to share what he knows about the world via his personal blog. Posts like “How to Obtain a Visa to Travel to Kenya?” and “6 Relaxing Spots in Japan’s Capital” offer plenty of advice for aspiring travelers.

Outside of his personal blog, you can keep up with Baron on Twitter. His account, @WanderingEarl, has more than 21K followers. His Instagram account uses a similar handle, but it isn’t as popular or as active. When he’s not sharing his adventures online, Baron offers itinerary-planning services and tours for fellow travelers.

For some people, the thought of traveling alone can be downright terrifying. Alice Teacake encourages her audience to conquer that fear and embark on solo trips whenever possible. Teacake herself didn’t travel until she was 25, but once she started, she found her passion. The former psychologist left behind her life in the United Kingdom and began traveling to locations such as South Korea, Japan and Thailand.

Teacake’s blog, Teacake Travels, is filled with helpful advice on where to go and how to get there safely. Some of her blog posts include titles such as “What a Trickster! Travel Scams in Asia” and “Best Solo Female Travel Destinations.” You can find more content from Teacake on Twitter, where she has more than 31K followers, and Instagram, where she has more than 15K followers. Her posts might just inspire you to step out of your comfort zone and explore the world around you.

Once a social worker, Melissa Giroux is now a backpacking influencer who hails from Quebec, Canada. Her first adventure involved hitchhiking through the Canadian Rockies before moving on to overseas destinations such as Australia, the United Kingdom and Southeast Asia.

Giroux writes about her adventures on her travel blog, A Broken Backpack. Readers can find lots of advice in blog entries such as “Tips for Backpacking Georgia” and “Getting from Chiang Mai to Pai – The Easy Way!” She also uses an Instagram account, @abrokenbackpack, to share colorful images of her latest globetrotting experiences. She has more than 74.5K followers on the image-sharing platform. She has smaller audiences on both Twitter and Facebook as well.

Karl Watson grew up in a family that loved to travel. He had his first backpacking experience in 2006. Years later, in 2013, he decided to document a journey through four continents.

Watson shares his adventure on the YouTube channel Karl Watson: Travel Documentaries. More than 85K subscribers tune in to watch Watson explore locations like the Caribbean, New Zealand and Peru. As of January 2020, his most popular video is titled “Backpacking the Philippines: 3 Weeks, 5 Islands.”

Christianne Risman is a travel vlogger who shares her adventures on a YouTube account called Backpacking Bananas. Her video-sharing account has an audience of more than 95K subscribers.  Some of her most popular content includes videos such as “10 Free Things to Do in London” and “How I Get Ready for a Flight.” She offers viewers everything from packing and sightseeing tips to suggestions on how to stay motivated while traveling alone.

This ambitious backpacking influencer is also the founder of SOLO, an online shop that sells traveling apparel and accessories. She designs products that you can don on a daily basis or use during lengthy trips, such as a lightweight travel towel and bum bag.

If your business specializes in travel services, a backpacking influencer like the ones mentioned above might be able to help you reach a larger audience. Influencers often have the credibility and communication skills to draw a crowd. But, as you search for the right influencer for your brand, be sure to keep your company’s values and voice in mind. You’ll want to form a partnership with an individual who complements rather than clashes with your brand’s mission and ideals.