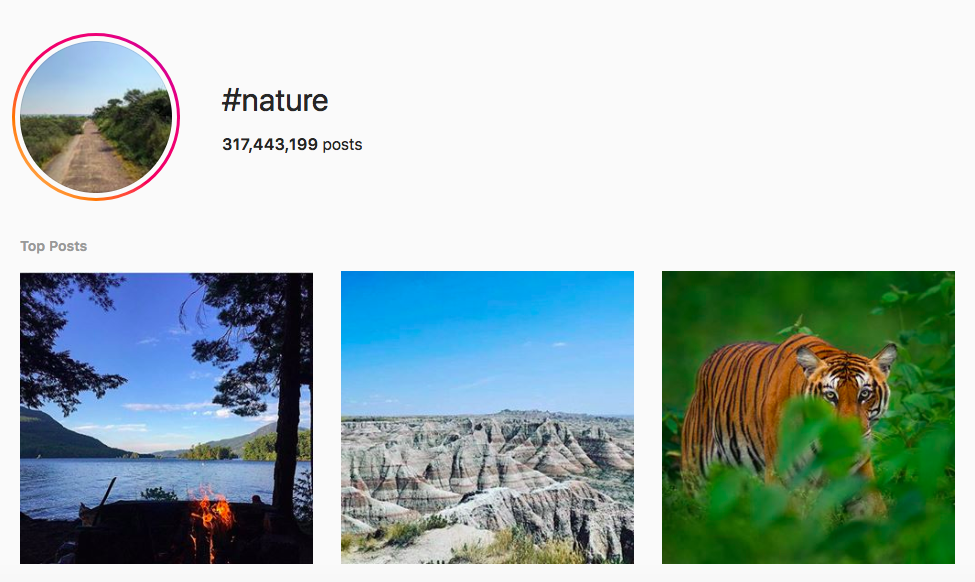 Hashtag nature isn’t just one of the most popular and best outdoor Instagram hashtags on Instagram. It’s one of the most popular hashtags on the platform, full stop. More than 315 million posts use it. Using #nature works best for posts of the great outdoors. Think pictures involving the national parks or posts featuring some sort of breathtaking natural beauty, such as a waterfall. 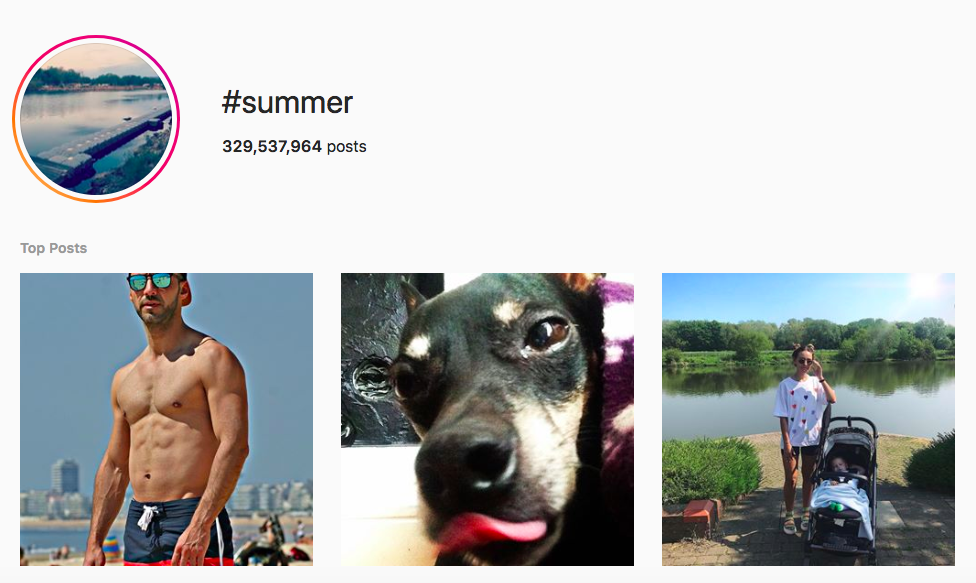 Admittedly, #summer isn’t an Instagram hashtag reserved only for the outdoors. People spend more time outside during the summer. So it’s only natural that lots of outdoor posts are among the more than 328 million that use #summer. One such example is this photo of a guy standing on a rock. 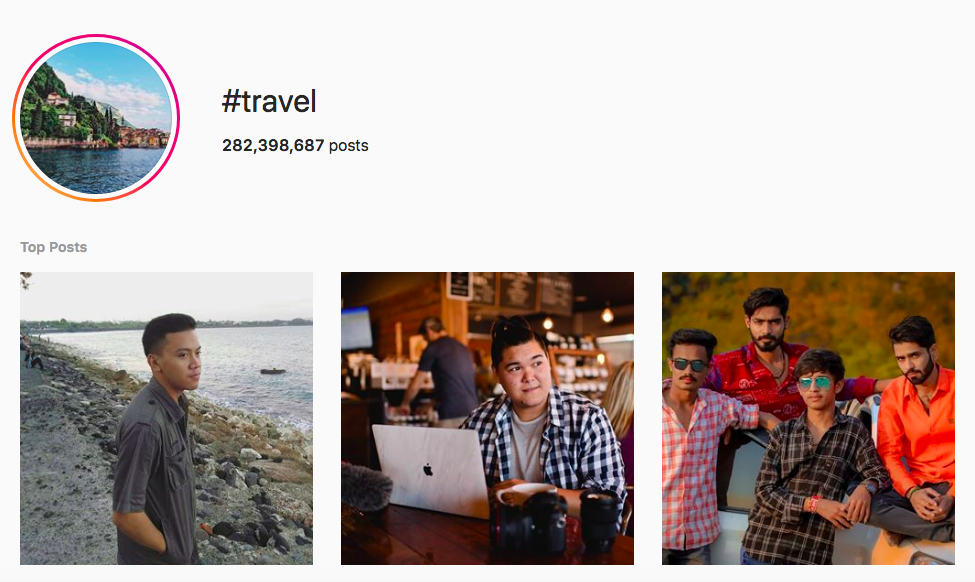 Again, like #summer, #travel isn’t exclusive to the outdoors. People spend a lot of time outside while traveling, looking at beautiful architecture or strolling down country roads. Many of the more than 280 million posts that use the hashtag have some connection to the great outdoors. 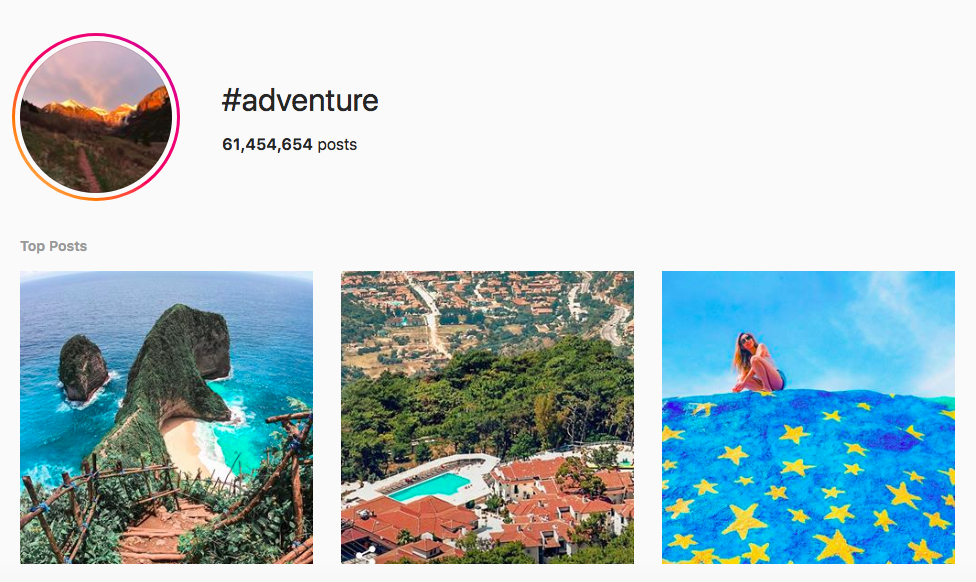 One of the great things about the outdoors is the sense of #adventure it brings. While less popular than #nature, #summer, or #travel, more than 61 million posts use #adventure. It’s a great pick for posts that have some sort of excitement to them. An example could be a post about a long hike or an experience at the top of the world. 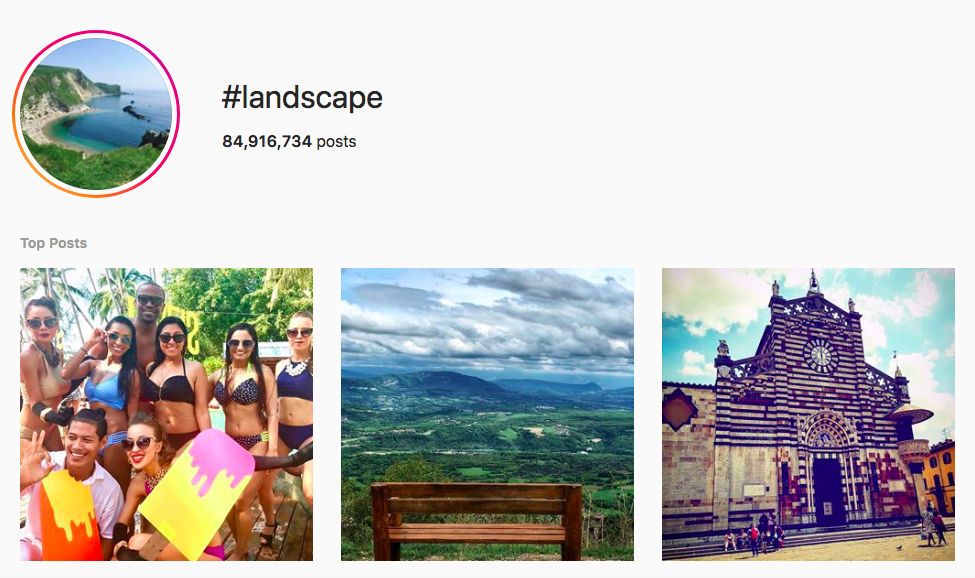 If you’re posting any sort of picture or video that includes a panoramic shot of the great outdoors, you’re going to want to use #landscape, which has more than 81 million posts. Remember, a landscape can be any view of nature, such as a shot of a volcano or a road stretching out into the horizon. 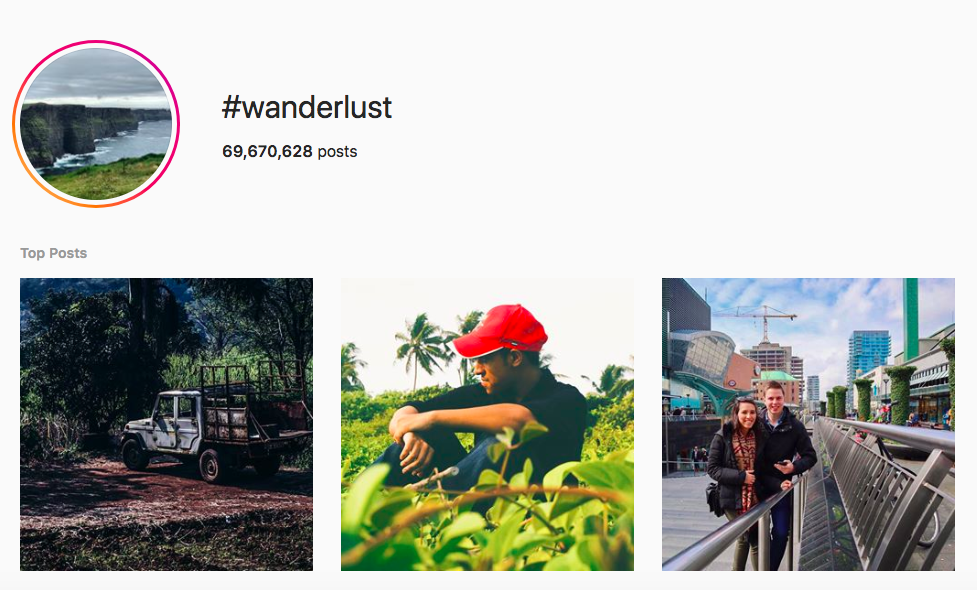 Instagram is known for sparking jealousy, so it’s little surprise that #wanderlust is one of the best outdoor Instagram hashtags, with more than 69 million posts. Use #wanderlust to celebrate the start of a new trip, or to get ideas for your next adventure. 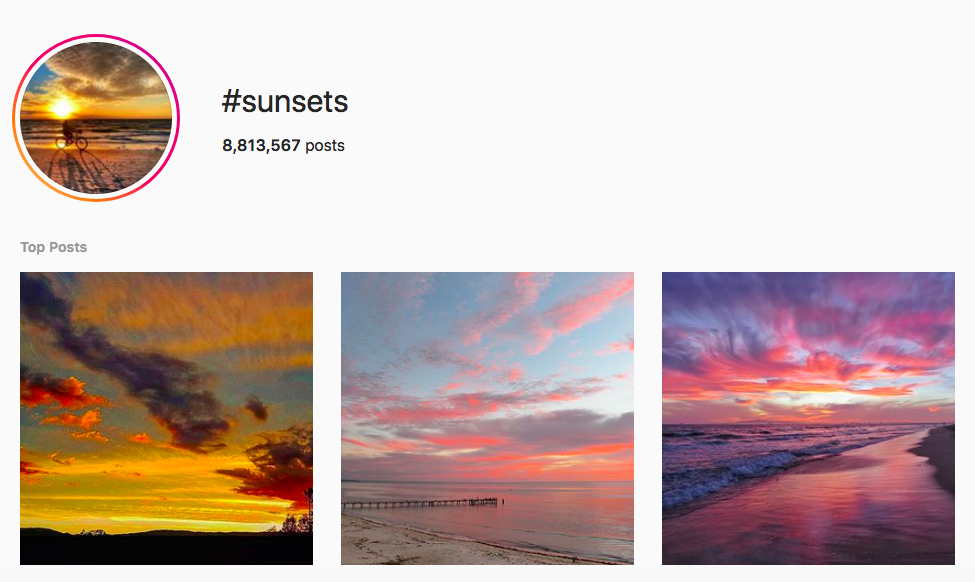 Although general topic hashtags often work best, it does pay to get a bit specific from time to time. #sunset has more than 171 million posts. If you regularly take pictures of sunsets and you want people to see and like those photos, this outdoor Instagram hashtag is a must-use. 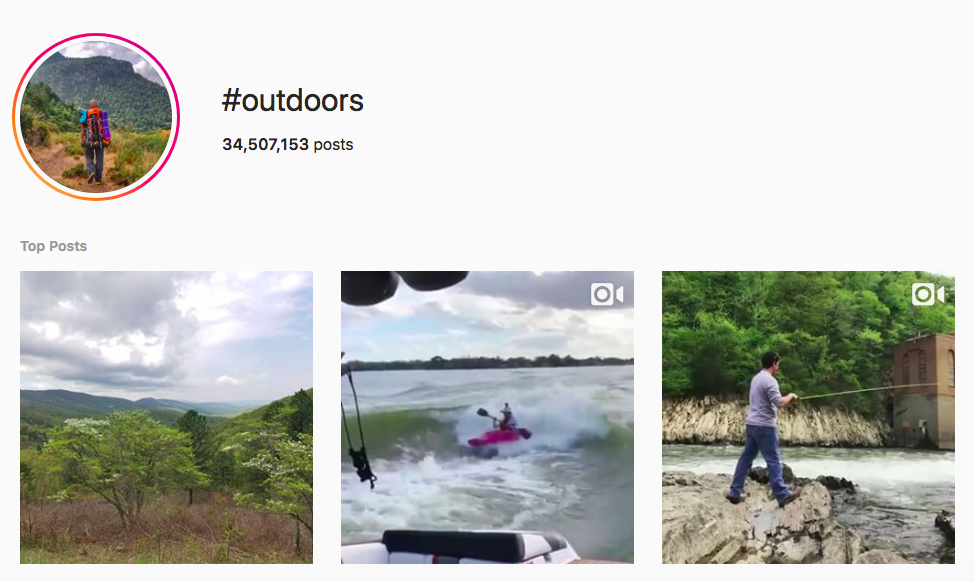 Can you get simpler than using #outdoors on a post that’s about the outdoors? It might seem obvious, but remember that the point of hashtags is to categorize and help people find your post. If you want people searching for outdoor pictures or videos to find yours, this is one of the best outdoor Instagram hashtags to include. #outdoor pictures can range from nature shots and animal photos to pictures of people relaxing outside. 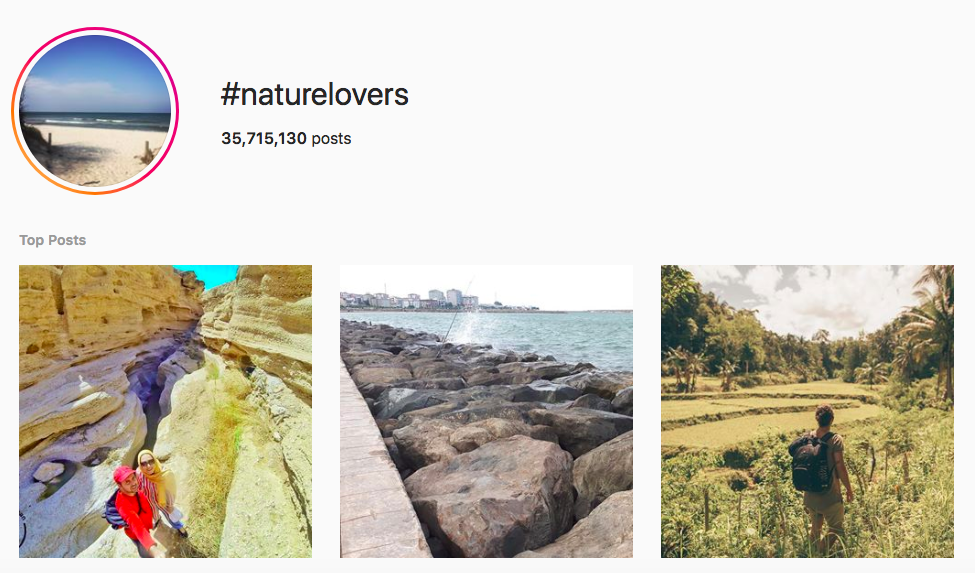 At some point, it helps to get a bit more specific with your Instagram hashtags. #naturelovers isn’t as popular as #nature, but it still has more than 35 million posts behind it. Use it when posting a picture that celebrates your love of the great outdoors, or a picture that’s particularly breathtaking. 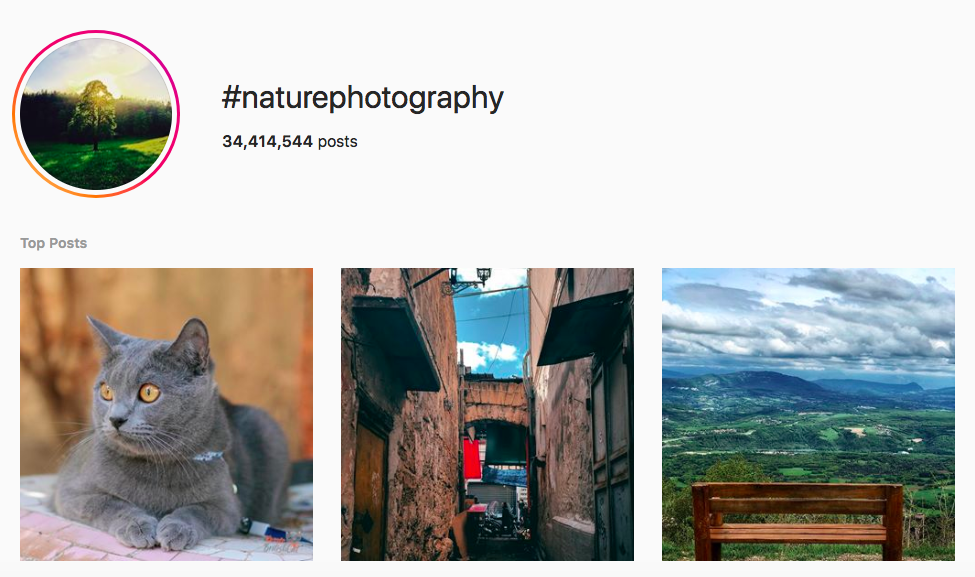 Again, like #naturelovers, #naturephotography is a little more specific than basic #nature. But more than 33 million posts feature it — mainly photos of nature in action, such as waterfalls, bears, and moose. 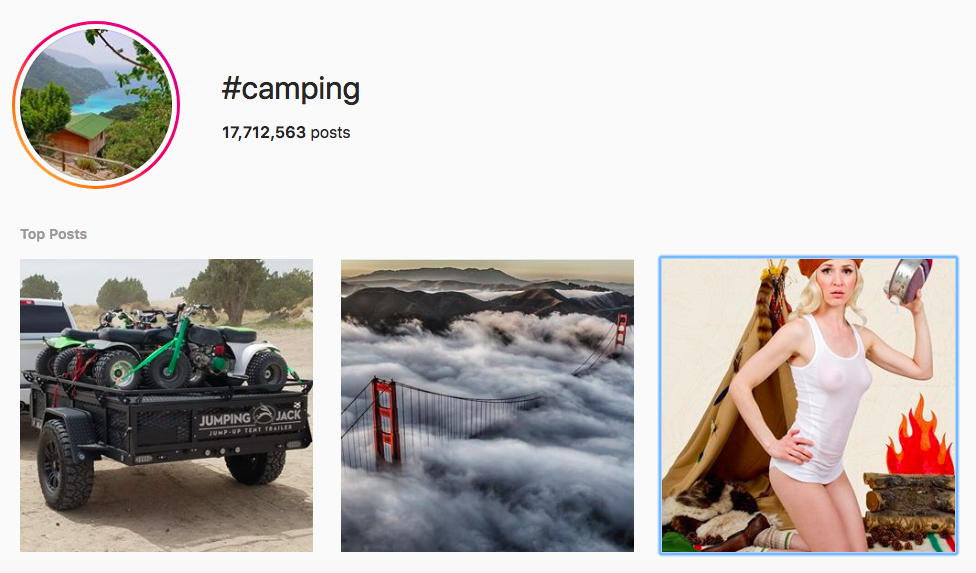 What’s one of the most popular outdoors activities? #camping, which has more than 17 million posts. While #camping works for car/van camping posts or rustic tent camping posts, it’s probably best to avoid if your picture or video has nothing to do with spending a night in the great outdoors. 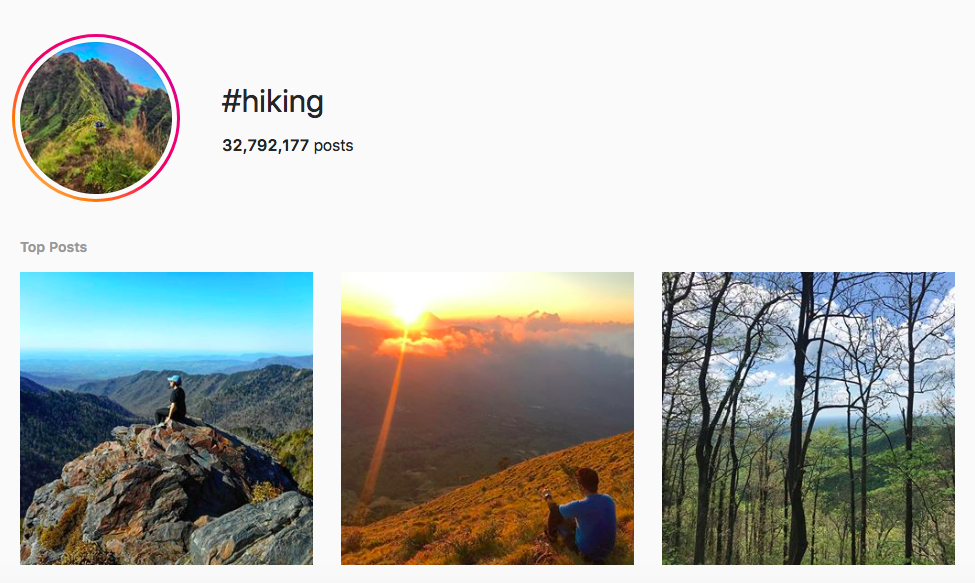 Another popular outdoors activities, #hiking is used in more than 32 million posts. Bonus points if the photo also includes an adorable puppy. 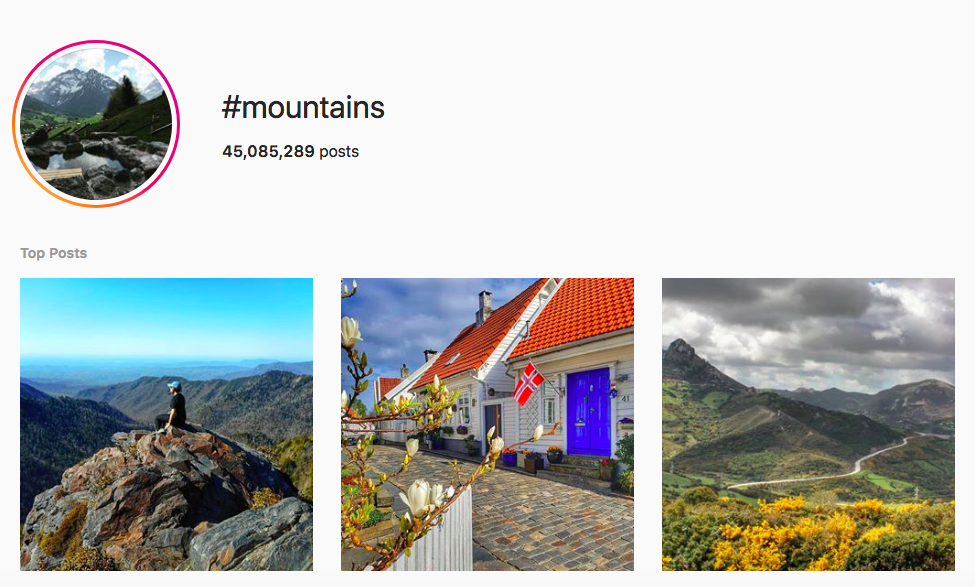 One way to make good use of the best outdoor Instagram hashtags is to use ones that identify key features of an outdoor photo, such as #mountains, which is used more than 44 million times on Instagram. It’s a good idea to make sure mountains actually feature in the photo before you use the hashtag. 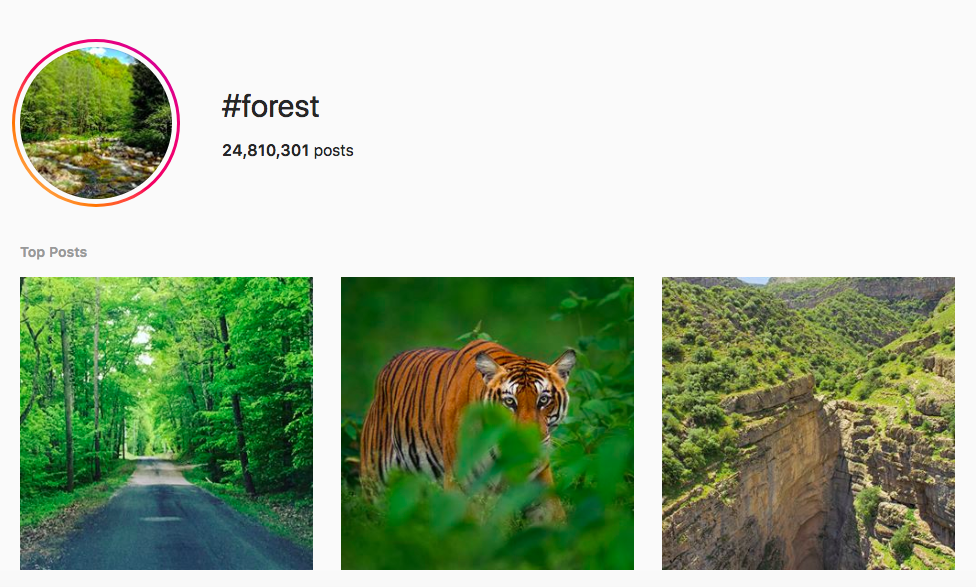 If you’re taking pictures of the outdoors, it’s likely that a #forest will be in the photo. More than 24 million Instagram posts feature #forest, such as these magical-looking shots. 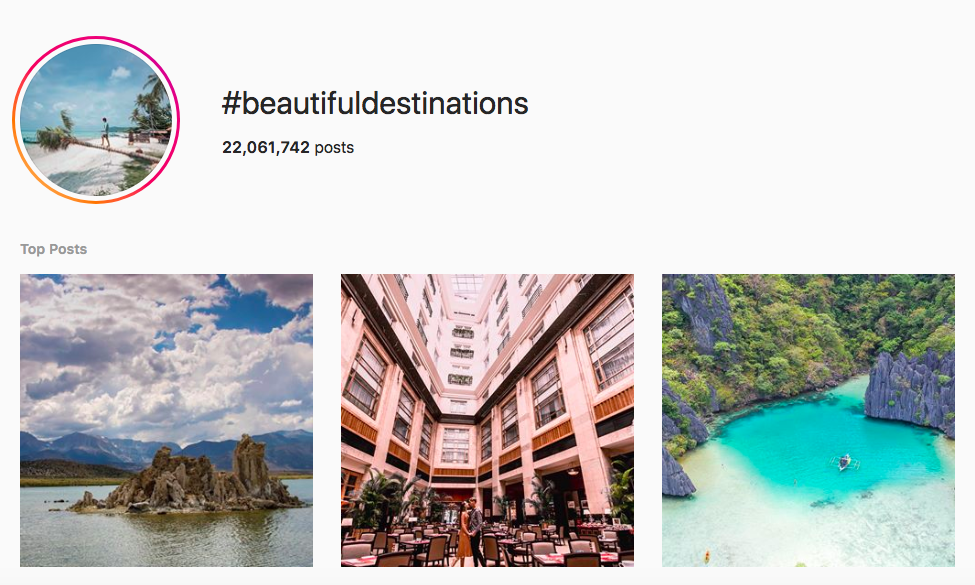 Like #wanderlust, #beautifuldestinations can inspire awe and jealousy (and, in turn, likes and comments) in your followers and other Instagram users. Although more than 21 million posts feature it, it’s best reserved for photos of truly beautiful places, such as Canyonlands National Park or Freycinet National Park.

When it comes to using the best outdoor Instagram hashtags, go with what’s popular, but remember that relevancy is the most important thing. Choose your hashtags with care, and you’re likely to see an uptick in your engagement rates.

When it comes to hashtags, the rules on Instagram are slightly different from the rules on other social media platforms, such as Twitter and Facebook. On those two platforms, using too many hashtags (more than two or three) leads to a drop in engagement, according to Sprout Social.

But on Instagram, the opposite holds true. You’re likely to see more engagement if you use anywhere from 8 to 12 hashtags. Posts with nine hashtags seem to have the highest rates of engagement.

Another thing when picking out the right outdoor Instagram hashtags to use is to keep things simple. One-word hashtags rule the day, probably because they are easy to remember and easy to tap out on a phone’s keyboard.

One-word hashtags also let you take advantage of niches and subcategories. For example, if you’re posting a photo of your brand’s summer picnic, you’ll reach a wider audience if you use the hashtags #summer, #picnic, and #outdoors separately rather than trying to create a unique hashtag such as #ourbrandssummeroutdoorpicnic. That’s a long hashtag, and it’s likely no one is going to be on the lookout for posts that feature it.

What Makes a Hashtag One of the Best?

How popular a hashtag is plays a part in determining whether it’s one of the best. For example, if you’re posting a beautiful photo of some trees, it’s better to choose #nature, which has millions of posts, over #natureisbest, which has less than 10,000 posts.

Perhaps more importantly, it’s essential that you choose hashtags that have something to do with your post. If you’re putting up a landscape photo, then using #landscape makes sense. But if you’re publishing a close-up of birds or a picture of a rushing river, #landscape has no place in your post.

Now that you’ve got a sense of the basics behind outdoor hashtags on Instagram, take a look at 15 of the most popular outdoor Instagram hashtags. The next time you post an outdoor photo, try using one or more of these hashtags. 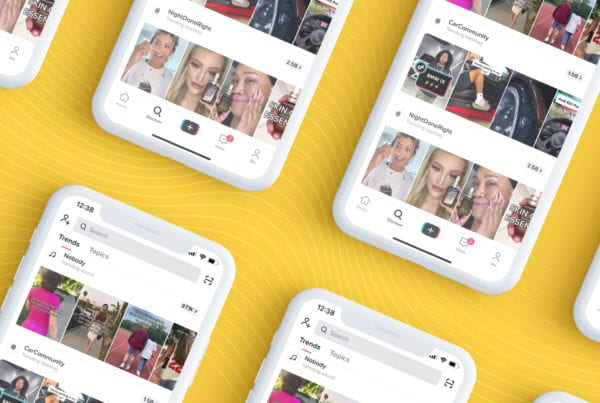 How Does the TikTok Algorithm Work? 6 Tips to Grow Your Reach 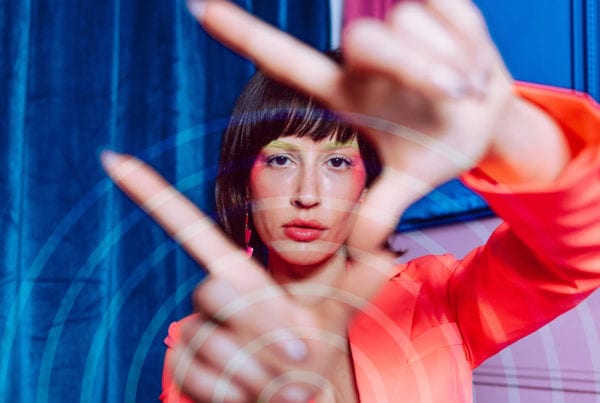 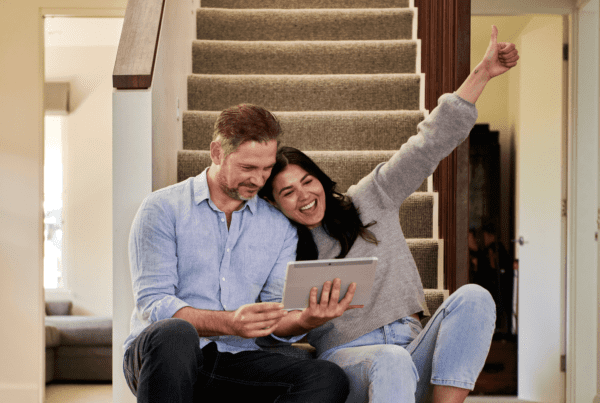